[Interview] Business From The Buzz: Social Chain Looks Beyond Trending 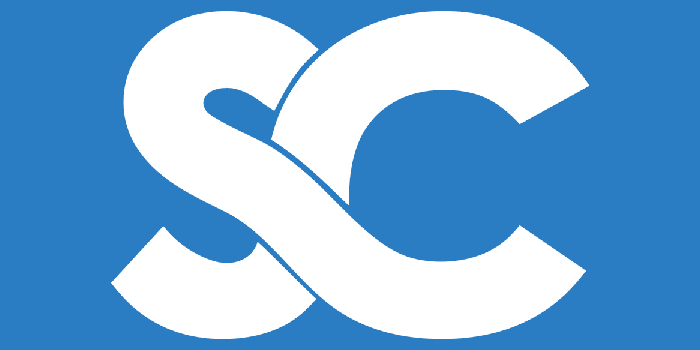 In 2015, Social Chain became a social media and influencer agency that the industry needed to sit up and take notice of. Their rapid growth saw them nominated in the UK Agency Awards, a social media stunt, and winning Social Agency Of The Year in The Drum Network Awards. Having gained PR attention with a large roster of well followed parody and themed accounts, a Buzzfeed feature famously reported that the agency could get something trending within half-an-hour from a standing start whenever they felt like it. This type of social muscle is impressive, but to acquire clients like Disney, Universal, and Microsoft for an influencer campaign you need to be delivering something more than a social party trick, so what else is required?

To get answers to these questions we spoke spoke to Lucy Clarke, who has recently joined the company as Marketing Director, and Ashley Brett Jones, who was with Social Chain since day one. They spoke to us about the deeper work behind what they offer, key differences between influencers that brands need to consider, and what companies tend to get wrong with their influencer campaigns.

Audiense: How do you feel brands should start strategising their influencer campaigns?

Jones: “Firstly, they need to ask who are they trying to reach? Once that’s established, find out where that audience is. We use social listening platforms so that when a brand comes to us we dig deeper into the audience that they’re trying to reach, where they are, and what their interests are. From there we can build an idea of how best to interact and engage with that audience, rather than just reach them. This approach helps to drive action, not just eyeballs.”

Who should brands be trying to reach with their influencer campaigns?

Jones: “Some brands get it a bit twisted. They think they can just get Drake or someone to Tweet something to his millions of followers and that’s their campaign sorted. But it makes much more sense to take the time to discover someone whose audience will engage with what you’re doing.”

Clarke: "If you're going to grow something, it's potentially worth using the power of the aggregate, reaching out to smaller and more engaged communities rather than a large volume of people."

What is the importance of authentic influencers over celebrities?

Jones: “If you look at a lot of the big social trends, such as ‘The Dress’, you’ll see that a lot of the big celebrities got involved with it. However, they were only involved after it became an upcoming trend, which started with those grassroots communities. So if you put in the groundwork with those smaller, but more vocal and engaged, groups of users then you’ve got a fair chance of getting the celebrity involvement later on down the line without having to pay for it.”

Jones: “Our influencers can get things trending, and that’s great, but it’s wrong to focus purely on the trend. Trending is a subproduct of a conversation, and that’s where the real value can be found. As a result, you need to be sure that what you’re creating a conversation about is a really solid topic within that audience and a product that’s going to connect with them. Creating a trend just for the sake of it and not gaining insights into the audience beforehand isn’t likely to help your brand in the long term, whereas if the content and message is on point then trending will happen organically and it will be a conversation people want to be a part of. We actually say ‘no’ more than ‘yes’ to brands when it comes to trending, and it’s for their benefit. Our in-house experience and research has informed us what’s likely to spark a conversation on Twitter, and what just looks forced.”

How do you clarify the effectiveness of an influencer and who they’re connecting with before using them in conjunction with a campaign?

Jones: “Until about 8 months ago we were doing it mostly on our own assumptions, we had a good idea on who we were reaching but didn’t have any way of backing it up. But since then we’ve invested in social listening tools and built a team that can act on the data they unearth, which has been like switching the lights on in a dark room. It’s been a massive help to have clarified insights that validate what we’ve said in a clear way with graphs, word clouds, and data. It meant that when we pitched to prospects or reported to clients we had a more credible footing for what we’d done, or wanted to do.”

What do brands need to be doing once their influencer campaigns have finished?

Jones: “We need to look at the impact our campaigns created. You can make a lot of noise on Twitter, but once all that has died down you need to cut through your own noise to see what the return on investment is. You need to analyse the people who responded, how the campaign went, and what you need to work on next time. Looking through the data and the results you should be able to build a picture on how far you moved the needle towards your brand compared to where it was before the campaign started. This will give you a really good picture of the value of the campaign, the agency who delivered it, and the influencers involved.”

What’s the best way to measure the performance of a campaign?

Jones: “For us, the campaign KPIs for each client will be different. We’re finding that as social understanding has grown, so has how people are judging their campaigns. What good are thousands of Tweets if none of them are from a relevant audience to your brand? One example of this change is that in the past a lot of our clients originally wanted us to help drive app downloads. We could deliver that in the tens of thousands, but a couple of months later they now want a more long term approach to help ensure that the brand is achieving engagement and retention from those people who downloaded the app.”

Ashley Brett Jones
What difference do you think growing social commerce possibilities (such as Twitter’s ‘Buy Now’ button) will make on influencer campaigns?

Clarke: “I think it will be a lot easier for people to interact with campaigns and see tangible results, this is actually fundamental to our own experience here. Social Chain was built off the back of a previous platform for students called Wallpark, where the idea was to drive students to relevant content and adverts from paying advertisers."

Jones: "Then we realised people weren't on Twitter to visit Wallpark, why hassle them by taking them away from there? So we started running the campaigns directly on our profiles. We provided a more natural journey for the user and saw much better results for the clients, and grew Social Chain out of that. The growing social commerce changes that we’re seeing on social mirror that realisation, and as a result I think it’s going to be beneficial to digital marketers and more convenient for the users.”

Clarke: “For us, Twitter has been a successful platform for our campaigns over the last 12 months. Mainly due to the way people use Twitter, i.e. as a search engine, first for news, reviews, etc. However, as our missions statement highlights, ‘engaging a generation, with bold ideas, in an ever-changing landscape…’, Twitter is where we begin.”

What are some mistakes that brands tend to make when trying to market themselves on Twitter?

Jones: “A lot of people look at Twitter, and indeed any social platform, and ask how it can help their brand. But for me that’s the wrong way of thinking, it should be the other way round. You need to look at Twitter’s strengths and ask how your brand can fit into that. If you take the time to understand the platform then it can help your marketing far more than if you force a strategy that doesn’t suit it.”

What should marketers be doing more of on social media in 2016?

Jones: “Going forward, brands need to be constantly thinking about what they can give to their audience on their social channels. The majority of people don’t necessarily want to interact with brands and receive sales messages, but the more the brands will add something worthwhile to their social channels then the more open people become to engaging with them. There’s the famous theory from Gary Vaynerchuk of “jab, jab, jab, right hook”, that if you keep on providing something for your audience (jabs) then they’re not going to mind if you slip a little salesy post (right hooks) in there every now and again. Brands need to look at how to do that, and this is a place where data will help too.”