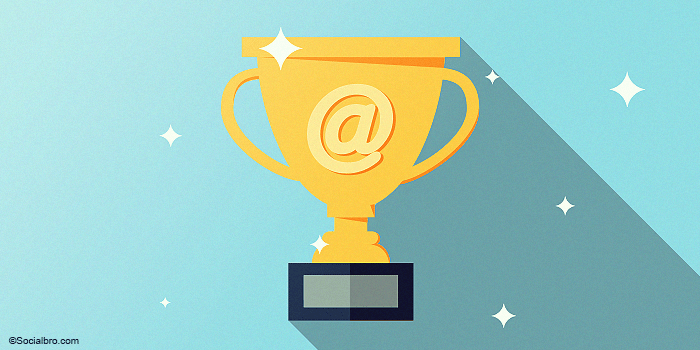 Great news all: IT’S FRIDAY! Which means not only is the weekend around the corner, but you’ve got a delicious weekly slice of social media to read. From celeb brawls to Twitter song-writing, we’ve collected the best of the best into this scrumptious little package. Take a break and catch up on all the latest this week.

Who doesn’t love a good celeb brawl? Twitter has been buzzing with the news that actor Orlando Bloom - known for his elfin appearance in Lord Of The Rings - punched Canadian pop singer/generally controversial character, Justin Bieber in the face whilst on holiday in Ibiza. All we’ve got to substantiate this claim so far is a somewhat blurry video (who doesn’t have a high res camera on their phone these days?) of the pair arguing. No punches thrown. That hasn’t stopped the entirety of Twitter speculating though. With speculation comes the hilarious commentary tweets, our favorite this week is TV personality Jimmy Fallon.

UK brand banter steals the spotlight for best brand on social media this week, after Virgin Holidays responded to 3 mobile’s latest marketing campaign, where they apologize profusely for the #holidayspam incurred after allowing holidaymakers to use their services (calls, texts, data) at no extra cost whilst abroad.

Virgin Holidays have responded this week with #showoff, empowering holidaymakers everywhere by letting them know it’s okay to brag about their holidays. Share those hotdog legs with pride!

Celebrity comebacks are pretty common these days, but “Weird Al” Yankovic is doing it in style with social media. He’s always been popular on the YouTube scene, considered a somewhat cult icon, and has been putting out pop parodies for the last four decades, but thanks to some social media silliness he’s skyrocketed up the US charts to claim no.1 album. His viral feat involved posting eight new songs online in as many days to promote his new album, Mandatory Fun. Word Crimes, a parody of the controversial Robin Thicke song, has had over 13 million views. Yankovic is the poster child of topical content. We’re not saying your brand should start doing parodies, but a little creativity clearly goes a long way.

Facebook is pandering to the elite these days, after producing a special app for celebrities. The VIP-only app called Facebook Mentions is designed to help celebs keep up with all the people talking about them, making engagement with fans (and others…) much easier to track and manage. The app currently boasts the likes of Mariah Carey, Arianna Huffington and Kim Kardashian. The most recent addition is ginger Brit singer Ed Sheeran. The new way to gauge if you’ve made it is a star-studded invitation from Zuckerberg, apparently.

See anything else on social that you thought was spectacular? Let us know in the comments.