It seems that biopics about great stars of the music world are trending. Bohemian Rhapsody, the biopic about Freddie Mercury that premiered at the end of 2018, grossed 900 million dollars at the box office. In less than 10 days Rocketman, the biopic of Elton John, will come to half of the world's cinemas, having already had several premieres (the glamorous pass during the Cannes Film Festival last week and VIP premieres in Paris last Sunday and London this Tuesday) it has taken the top position in creating social buzz.

At Audiense, we have analysed those who are already fully involved in the conversation about Rocketman, to discover who these people are which have been attracted by the glam and strength of the protagonist embodied by the British actor Taron Egerton.

Analyzing an audience of more than 11,000 individuals who have participated in the social media conversation about Rocketman in recent days, we have been able to identify up to 20 segments of users that the biopic about Elton John has made manifest in some way. Who are these people? We present below the "picture" of who these communities are, those that are already driving the conversation about the biopic of the man of the thousand and one bizarre glasses. 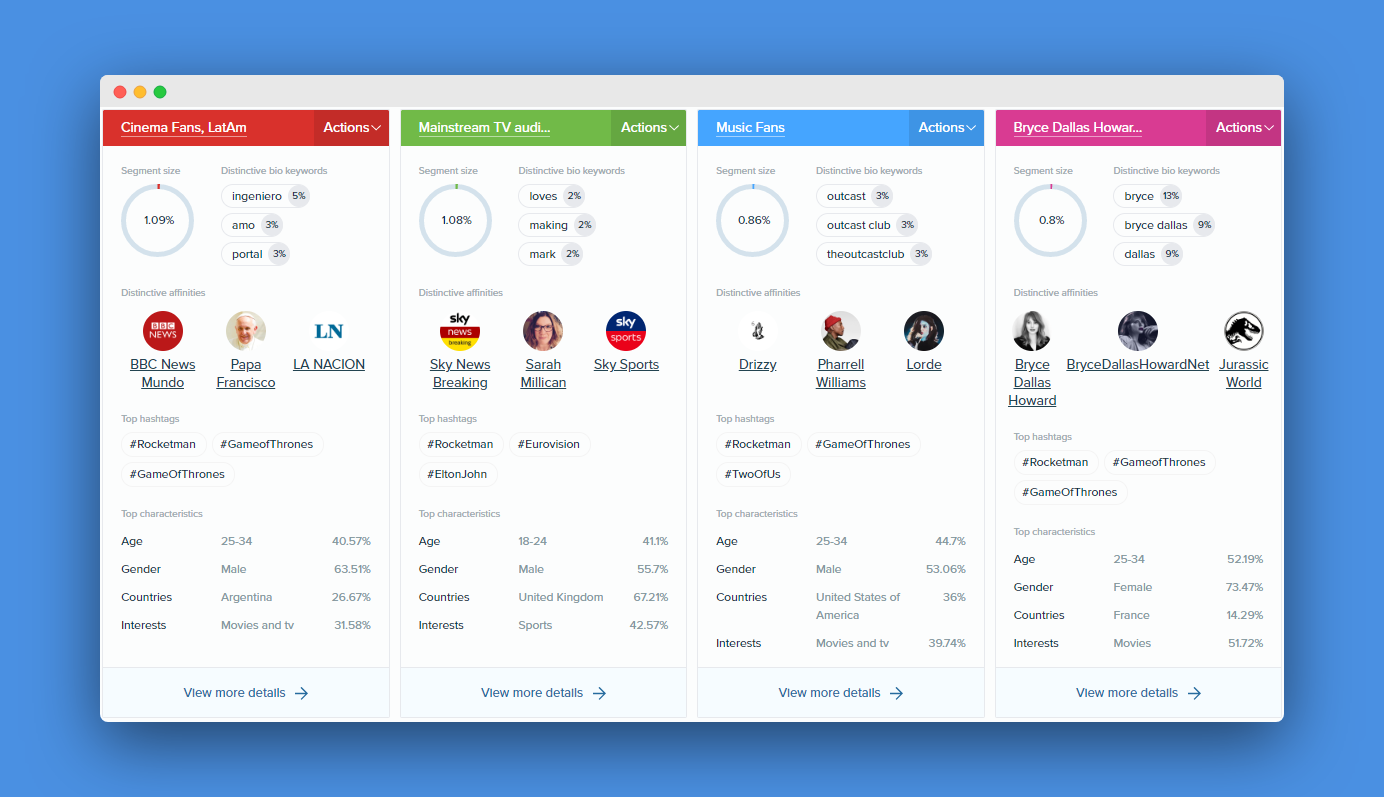 Understand, in depth, all the details about this audience and the segments that made it up by accessing the Audience Insights report by clicking here.

Initially, it could have been assumed that the conversation around Rocketman would have been driven by individuals related to cinema or music in some way, whether they belonged to the industry or they are just fans, but... who would have thought that the biopic about Elton John would have generated social conversation between communities as disparate as the Marvel Thai fans and the North American news mums? The analysis of the social conversation and the subsequent analysis of the audiences allow the identification of new segments and audiences that were not known or that had not been revealed so far, in a granular and scaled way.

If you also want to analyze your target audiences and discover up to 20 differentiated segments that make up that group of individuals, as well as all the most relevant insights such as their interests, influencers, media with greater affinity, their personality traits and purchasing habits, book a free demo of Audiense Insights and let someone from our team show you the power of audience intelligence.

Getting the Most out of Personality Insights powered by IBM Watson