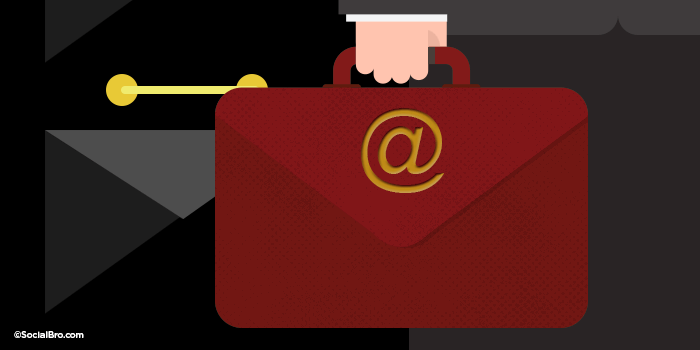 After last week’s unveiling of George Osborne’s 2015 budget, Twitter was abuzz with the public's thoughts and opinions. The contents of that red briefcase stand to affect everyone in the country, so we wanted to investigate what changes sparked the most public interest. With the election so close on the horizon, where do party leaders need to focus their campaign efforts to ensure smooth sailing into office for the next five years, and how can Twitter communication strategies help them do it?

Using SocialBro we monitored #Budget2015 to uncover some insights about Twitter users’ reactions to the proposed budget of this parliament. The House of Commons conversation proved popular in the Twittersphere with 102,500 Twitter users sending over 132,000 Tweets. The discussion peaked at around 1pm, midway through Osborne’s unveiling of the budget, with 51,350 users Tweeting using the #Budget2015 hashtag, and 72,430 Tweets sent. But what did the UK really think of the George Osborne’s performance?

The 'Northern Powerhouse' Has A Lot To Say

Manchester’s focus as a key part in George Osborne’s vision of a ‘Northern powerhouse’ clearly got people in the city talking, as it was the second highest city in the UK to be Tweeting despite being the 7th most populated district in the England. Glasgow and Edinburgh were two other UK cities punching well above their weight in accordance to their population size. However, there appeared to be a difference in how the two Scottish cities perceived the budget with Edinburgh Tweeters showing positive sentiment over 67%, compared to Glasgow’s 53.76% 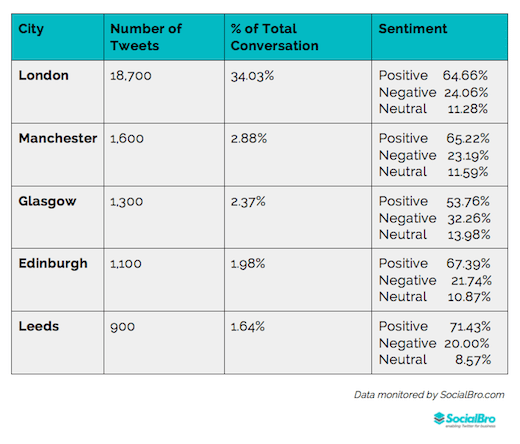 We looked at the top keywords Tweeted and filtered out names to determine the top five keywords associated with the budget. Looking deeper into each keyword we determined the top Tweets forming that word group to help understand what part of the budget the keyword was associated with.

The most talked about aspect of the budget was the change in tax-free personal allowance from £10,600 to £11,000 over a two year period, a £400 annual change which sparked over 4,700 Tweets. Meanwhile, the financial situation of the country looks to be a key battleground for the upcoming election as ‘debt’ and ‘growth’ were also hot discussion points for those Tweeting about the budget. 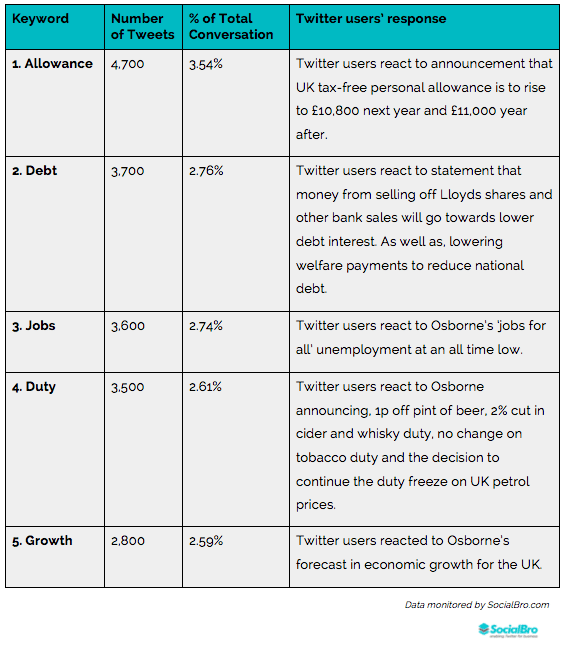 While the above data is useful for getting a broad picture of where voters are at the moment, political parties need to come up with actionable Twitter strategies to take advantage of these insights. Here’s are some Twitter marketing strategies to help your party to reach more voters in an effective manner:

Look For Crossover Supporters To Swing The Vote Your Way

Not everyone is stoically committed to one party, there may be plenty who are unsure and could be swayed. To show this, we compared Ed Milliband and David Cameron’s Twitter accounts. While Miliband’s overall following is only 42% of Cameron’s 938,000+ followers, we noticed that the two share 170,159 followers, meaning that there may be a significant amount of undecided Tweeters. By segmenting those users into a Tailored Audience Twitter list, you could launch a paid campaign on Twitter targeted specifically at that intersection of users following both accounts to help swing those undecided voters your way. 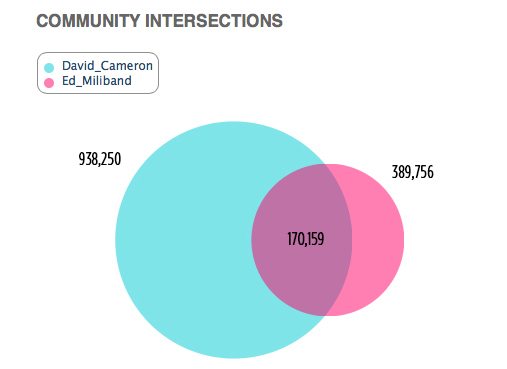 Segment By Location To Get Relevant Data

While a following bolstered by five years of being a world leader is a plus, come election time the main thing to be concerned with are the voters in the UK. We discovered that only 28% (269,653) of Cameron’s Twitter audience are in the UK, whereas 44% (170,018) of Miliband’s are. While these numbers still put Cameron clearly in the lead, they are a lot closer than the overall following figures initially suggested. This highlights the importance of politicians looking deeper into their social audiences and segmenting users into relevant categories to help paint a more accurate picture of who they’re connecting with.

Tweak Your Messages For Local Tweeters

A major strength of Twitter is its ability to filter and target users right down to the individual. Intelligent use of segmentation tools combined with Twitter Ads means you can deliver a precise message to a highly relevant audience. This optimises your spending by ensuring your Promoted Tweets are only seen by the exact people who you think are most likely to be swayed by seeing them.

For example, Labour may want to appeal to the large group of people in Manchester who were Tweeting up a racquet during the budget speech. They could filter Twitter users in Manchester, who Tweeted Labour’s #OnlyForTheFew hashtag about the budget, and run a campaign for those users highlighting what benefits they planned to bring to the area.

Knowing the best people in your community to evangelise on your behalf can get your message out to far more people than your own party’s profiles on their own. SocialBro can rank your followers by influence, making it simple for you to find new people to contact about becoming ambassadors for your party. You can then see how much crossover there is between the followers of your party and a chosen influencer, this can help you select the ones who will help to bring the most new people to your party. To take this a step further, you could segment your followers locally again to find the most influential people within key regions and use your representatives in that area to engage with them on Twitter.

Many people are not shy about Tweeting their opinions on political matters, which can help you to communicate with them about specific issues they care about. You can set up multiple campaigns on Twitter to target people who have Tweeted about a specific issue, making sure that your message is more likely to be one that resonates with them.

Let’s say you’re a party who opposes what was laid out in the budget. You might want to target people who Tweeted negatively using the #Budget2015 hashtag, and have mentioned ‘jobs’. You can then create separate campaigns that specifically address the employment situation, and provide a link to some content that details what your party would do instead. Alternatively, if you’re part of the Conservative party then you could look to do similar but target those with positive sentiment to encourage people to Tweet their support.

Use a Mail Integration Tool to find people on your party’s email database who have a Twitter account associated with that email. This retargeting opportunity will help you to spread messages among your supporters and amplify key points to those who may have missed the original email. You can then run national campaigns for them, or segment them locally, put them into a Tailored Audience list, and then run campaigns for them from their local candidate’s account.

About the data: The following data was collected by SocialBro.com and is based on Tweets sent with the hashtag #Budget2015 from 00:00 - 14:00 18/03/2015. If you are representing a political body and would like further information then do not hesitate to get in touch via Twitter or email Sales@SocialBro.com.