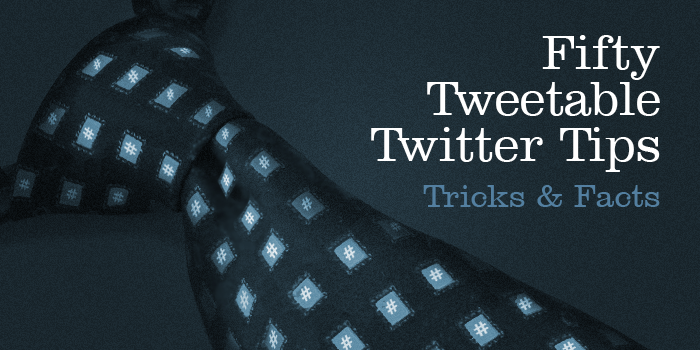 We spend a lot of time researching and writing about the best Twitter strategies. There are so many shades to the service that there’s knowledge to be found about it behind every corner. We thought we’d share some of our favourite Twitter tips and tricks we’ve learnt along the way, as well as some amazing facts about our favorite 140 character wonderland.

3. [Tweet "Is a profile for you? We want to see a picture that actually looks like you! A clear, recent headshot works nicely."]

4. [Tweet "The three most retweeted words are “You”, “Twitter”, and “Please”. So be personal and have manners!"]

5. [Tweet "Want to host a Twitter chat? Promote the time, topic, and hashtag in advance, then blog the highlights after."]

Want more tips on hosting a Twitter Chat? We made a guide.

13. [Tweet "Your favorites can now appear in your followers’ timelines, so only favorite things you’d be okay with others seeing"]

Marketing Points You Need To Know

14. [Tweet "You have 2 ears and 1 mouth, use them in that proportion! Listening to your audience is as important as Tweeting."]

15. [Tweet "If people are following a brand on Twitter, they are 67% more likely to purchase from it than if they weren’t."]

17. [Tweet "This blog post http://bit.ly/1ufozqD says that links posted 25% through tweets are most likely to get clicked."] 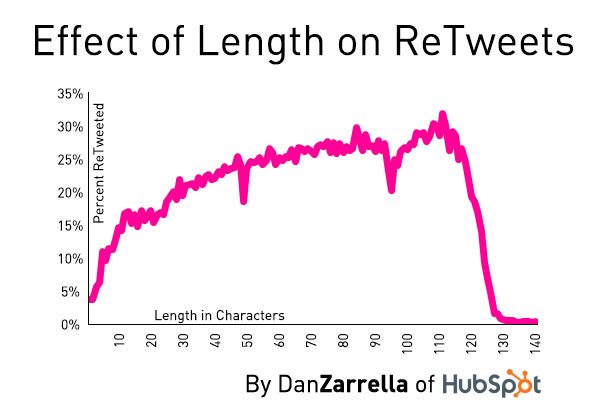 20. [Tweet "Keep an eye on your competitors by putting them in private Twitter lists to monitor their strategies and activities."]

27. [Tweet "Your best time to Tweet will depend on your community. Test different times, or use tools to do the work for you."]

28. [Tweet "Want to read/watch something you’ve spotted on Twitter but can’t do it now? Favorite it to bookmark it for later."]

30. [Tweet "Twitter lists are easy to set up and can cut out noise when you want to focus on a certain topic or group."]

36. [Tweet "Include ‘until:YYYY-MM-DD’ in your search to only search Tweets up to a certain date. “After” does the opposite."]

47. Based on the numbers in the last two points, we’ve done some math and worked out that...
[Tweet "Twitter users write enough words to fill up a novel the size of War and Peace every five seconds!"]

Twitter is constantly growing and evolving. Amazing new tips, uses, and facts are being discovered all the time. Are there any favourites we forgot? We’d love to hear from you.