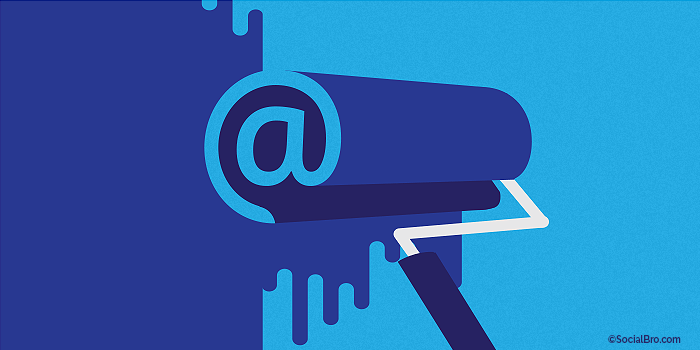 140 characters doesn’t mean 140 possibilities, there’s a lot more than that. If your strategy for Twitter is still posting memes interspersed with product links then it may be time for you to come up with something new. We’ve looked at seven brands who came up with unique, creative Twitter marketing ideas that received praise and attention, then thought about how you could use them for your brand.

In January 2013, two men committed an armed robbery at a grocery store in Epsom, near London. Their local force, Surrey Police, held a real time #Tweconstruction on Twitter to reconstruct the crime scene a few weeks later. They showed the vehicle, the location, CCTV footage, and maps of the area, including details of what happened. The Tweets were seen over 53,000 times and generated 40 calls from people offering information. This world-first usage of Twitter helped lead to the case being solved, with two men being jailed for their involvement in the crime.

So, how can that be used for your brand? All Surrey Police were doing was giving a minute-by-minute account of what had happened, it was as if you were walking alongside an investigating constable as they were doing their job. A real time insight into your key business event could make fascinating reading for people interested in your field. Schedule the insightful Tweets in advance, but make sure you’re around to respond to questions and comments that may arise from members of your community.

This world-first feature was recently trialled by the BBC and Twitter. Twitter app users on their iPhone could type in #DoctorWho as a hashtag and an option would pop up asking them if they would like to embed the new Doctor Who trailer into their tweet. 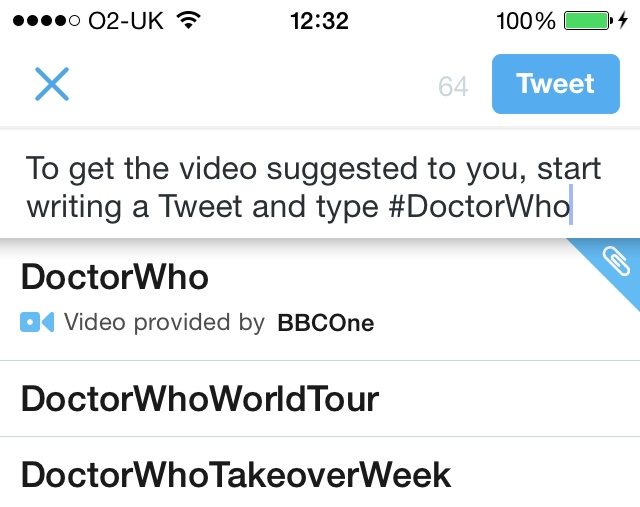 This one-off feature is not something that is currently available to everybody, but the ethos behind it can still be used. Reward people for using your hashtag. Discount codes, offers, exclusive content, inclusion in a montage or poster… so many things you can give or send to followers who have used your hashtag! For example, earlier this year the England Rugby Team asked fans to use the hashtag #CarryThemHome for messages of support. The 40 best were put up in the tunnel for the England team to be inspired by as they made their way to the pitch.

Puma recently used a nifty customized Twitter card that required a certain number of Tweets before people could see their latest star-studded ad campaign. We covered this ‘Flock To Unlock’ strategy in a recent blog post, and even if you can’t make a customized Twitter card or have the marketing budget of Puma it’s still a tactic you could use.

500 RTs for 50% discount. 240 RTs for a 24 hour sale. 1000 RTs and we release our brand new product a day early. Perhaps the retweeters could get a special reward? SocialBro’s discover retweeters tool can help you with that if you’re worried the workload of finding all of them. These are all variants of Puma’s strategy and could be pulled off with relatively little effort and no budget whatsoever. You get engaged fans, an expanded reach, and the possibility of new customers.

This week Temple Newsam House in Leeds, UK has miraculously brought some of its past residents back to life on Twitter and has staged short Tweeted shows between the characters at 1pm local time each day. Teaming up with a local theatre company, they’re looking to put “a new and creative twist on uncovering history through Twitter” and let people “learn about the latest scandals” by eavesdropping in on conversations between the ladies, lords, and ghosts of the house

This multi-account approach is a more internal take on widely publicised acts of brand banter. Why have another brand sharing in the glory when it can be entirely your own party? This was effectively managed by Temple Newsam directing people to a Twitter list with all of the characters (who are brands of the house, in a way) so that people could easily follow the whole conversation rather than bouncing around multiple profiles. Unsure how to set up your own Twitter list? Here’s a quick quide.

You’d think that after singing multiple times at the 2012 Olympic Games and winning a shelf-crushing amount of awards she’d know how to write a song by herself, not on this particular occasion. Scottish singer Emeli Sandé was recently asked to sing a song about exhilaration to celebrate the new Jaguar XE. She wanted some inspiration from her 1.2 million followers, so she asked them to send her examples of things that get them exhilarated to help get her creative juices flowing. Sandé got a ton of engagement, which is a plus, but the biggest coup is that she got her followers to do her job for her!

This is a perfect example of how Twitter can be used to crowd-source content. It’s not just asking a question, it’s giving them the rare chance to get involved with the creation of something unique from their (soon-to-be) favourite brand. You may not have major musical artists at your beck and call, but if your product is one that your fans could have an input into then why not find an interesting angle for them to contribute? They could submit a design for your shop window, concoct a new flavour for your product, write a short story about your brand’s mascot. Give them a stage, and they will perform!

David Mitchell, author of Cloud Atlas, Number9Dream and numerous other hugely successful novels, recently published a new short story using just tweets. It conveniently came a short time before his new novel (a more substantial, and costly, endeavour) was released. Novels are released all the time, and even the top authors can struggle to rouse up a notable amount of interest outside the literary bubble.

But this picked up a lot of coverage in advance without it ever feeling like a direct advert for the book. As a result, it got people to his Twitter feed to check out the story. While the story was nice, it served as a shop window for Mitchell’s abstract, humourous, and elegant writing style. If people enjoyed it then hopefully they also noticed the pinned Tweet plugging the book at the top of his feed. This perfectly demonstrates Twitter’s ability to work as an inbound marketing tool, have things happening on your timeline that people want to check out and publicize when they will happen.

The profiles that people often enjoy following are ones that add some sort of value to their timeline. Humour, information, and interest are great, but if they don’t necessarily work with your brand then what about usefulness? BDDO have produced Lowes’ #FixInSix campaign, a series of Vines they posted on Twitter that gave simple solutions to common household issues and has helped them receive over 9,000,000 loops. It didn’t directly show any of Lowes products, but it kept it relevant to their audience.

Even if you don’t have the resources to make professional Vines like Lowes, you can still make them with a phone relatively easily. Say it’s not something that can be filmed, helpful industry tips always go down well and can help establish you as a go-to name when people want a hand. What’s more, Lowes extended their campaign by getting their followers to send in suggestions which they later posted up. A great opportunity to get your Twitter community involved!

https://twitter.com/Lowes/status/396291491393728513
Any campaigns we’ve missed out that you think we can all learn from? We love learning! Share them with the class and spread the wisdom.

Previous Story
← Live Tweeting: How To Master The Art
Next Story
How To Use Hashtags Effectively In Your Social Media Marketing →