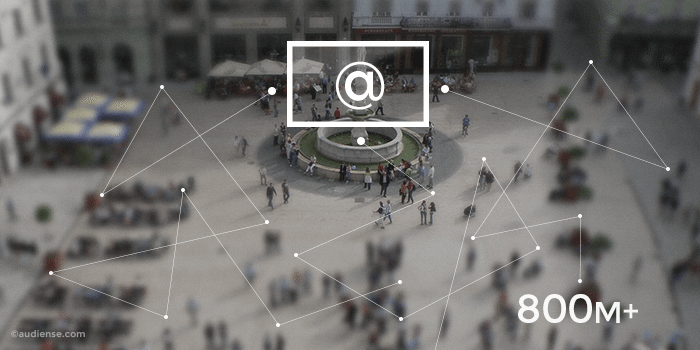 If you do a quick check on Twitter’s website, the official number is 310 million. That’s 310 million Twitter users that advertisers can reach out to.

What if we tell you that advertisers can now reach over 800 million people on and off Twitter - via Twitter? Not just 310 million.

That’s over a billion people.

These are just some of the types of people you will meet on and outside of Twitter; who will not only be receptive to your ads, but will also engage with them.

Last year, Twitter announced that they’re going to expand their Twitter Publisher Network and call it Twitter Audience Platform. The platform would allow advertisers to promote ads not only on Twitter but on the millions of mobile apps that are used day in and day out. So what more can you do with Twitter Audience Platform? How does this change your marketing and advertising game? Let’s see.

One of the biggest selling points of the Twitter Audience Platform is the fact that it provides visibility on hundreds of devices and mobile apps. With this in mind, your targeting capabilities can unfold gloriously depending on the genre of mobile apps you’d like to target. Are you an airline brand looking to target holiday goers for the upcoming summer holidays? The Total Audience Platform is suited for you to target not only Twitter users, but also those who engage with gaming apps like Turkish Airlines Open Golf app, or Airline Manager.

Twitter Audience Platform opens up a range of possibilities when it comes to targeting potential consumers. 80% of Twitter users have a presence on mobile devices, so you’re not only targeting these people off Twitter, but also targeting those who may not actively engage on the platform.

Timing is everything in life’s most important moments. Similarly, connecting with the right audience at the time right time counts for more in a widespread campaign. Using the Twitter Audience Platform will also allow for an increase in Tweet engagement and greater brand awareness. As a brand marketer, you will be able to target your high value customers and potential customers, and get a higher engagement than the already high engagement figures on Twitter. It’s win-win.

Make More Use Of Videos

One of the biggest aspects of the Twitter Audience Platform that you can take advantage of is the 100% video view that your audience will have of the ads. If you play any games on your mobile like Words With Friends or Four Pics One Word, you will notice that there are video ads between levels. With Twitter Audience Platform, these video ads take over the entire screen giving your potential customer a full view your great product.

The average daily time spent watching digital video on mobile surpassed desktop for the first time in 2015 according to a new eMarketer report. This, of course, comes as no surprise but it’s certainly important to practice what you preach, and with Promoted video campaigns that turn into in-app video ads, there’s no turning back.

While previously with Promoted Ad campaigns you could only reach 310 million people, with Twitter Audience Platform, you have the ability to reach a further 500+ million people. That’s a total reach of 800+ million people. A sea of people out there, reaching for their mobile devices and clicking on mobile apps - there’s no greater motivation than this to engage with your audience. Reach more people. It’s as simple as that.

As with Promoted Ads on Twitter, your audience can also Retweet and like your ads whether they’re displayed on or off Twitter. You can also have different forms of interactions and call-to-actions. This means that the customizable CTAs will allow your customers and potential customers to help you drive your desired action. The possibilities are endless….

We recently conducted a campaign in partnership with some of our clients on the Twitter Audience Platform asking them to complete a survey. The campaign was directed at a large set of audiences with parameters such as ‘english speakers’ with more than 400 Tweets, in countries such as UK, USA, Australia, Ireland, Canada, New Zealand and South Africa.

On completion of the campaign, our clients saw a decrease of 72% in CPA (cost per acquisition) thanks to using the Twitter Audiense Platform compared to using just Twitter.

Twitter Audience Platform opens up completely new avenues for advertisers and marketers to reach out to their target audiences. What do you think about it? Let us know in the comments below.