Adapt Or Die: 7 Reasons Why Social Media Data IS The Future Of Your Business 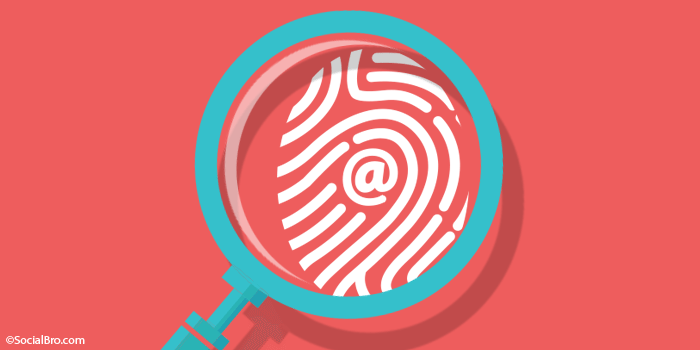 Social media data is more than just follower counts and vague statements about engagement. It’s practically relevant qualitative information in quantities that can transform your business. MIT researchers discovered that companies where strong leaders promoted innovative technology were 26% more profitable than their industry peers, with 9% higher revenue. Ergo, a company culture that seeks accurate social media data and acts on it appropriately will be rewarded with a healthier bottom line than those who would rather shy away from digging into their social data.

But what is it that makes social media data such a vital commodity for all marketers, not just social media professionals? We’ve identified 7 key reasons why the future of your business lies in tracking as much social data as possible, and using it right across your marketing department.

1. If You Don’t Use Social Media Data, Others Will

More CMOs than ever before are seeing the benefit of this information and are looking to spend money on social analytics. Spending on gathering this social data is set to increase 440% between 2014 and 2019. Failing to invest means that your competitor will probably be in possession of more accurate and useful data than you, which could be turned into a major advantage in both the long and short term. They could know more about your audience than you do, and use that vantage point to deliver a service/product that’s more appealing than yours before you’re aware of it.

2. Precision Marketing Possibilities Will Save You Serious Money

The level of accuracy in research and delivery provided by in-depth social data will rapidly become the expected standard of online marketing channels.The data available on social media can give you an increasingly precise picture of a user’s tastes, social activity, and what resonates with them. This can now be acted upon with increasingly granular social advertising possibilities, such as Twitter’s Tailored Audience feature. With Tailored Audience campaigns you can specify every individual user that you want your campaign to be seen by.

In-depth segmentation of Twitter users can be combined with Tailored Audiences and Objective-Based Campaigns to ensure you’re not wasting any money attracting leads or contacts that you aren’t interested in. Using your social data effectively you can build these campaigns, where you can know precisely how much you will spend and what you will get in return before you’ve even sent the first Tweet. Sports analysis platform Krossover managed to reduce their cost per customer acquisition by 74% using a wisely selected Tailored Audience list. How long can you survive when your competitors are getting better results and paying less for them?

Social data doesn’t just let you do old things better, it allows you to do totally new things. The audience segmentation options available with Twitter marketing tools can help take the guesswork out of who is engaging with your campaigns. This differs from offline channels or earlier online marketing activities where you couldn’t necessarily perform in-depth analysis on a selected audience without directly asking them to fill out a form in some way. The social data that you can get from Twitter allows you to learn significant, actionable lessons about your audience, and create strategies without having to bother them for that information in any way.

“We have no way of knowing how many cars that billboard sold, but up to 20,000 people drive past it every day and 74% of the 100 people we asked could remember what colour the car was. So I guess it must be a success… probably.”

For many brands this is not the case with social media, which is now a mature marketing channel. Social data gives you precise information on what is working and what isn’t, allowing an ever increasing ability to analyse social performance. If a social campaign isn’t performing well, its failings can be accounted for and acted on, whereas if a campaign is doing well there are an increasing number of ways to attribute social media’s direct role. Ideally, you want to train other members of staff so that they can gain a better understanding of how this data has been gathered, plus what it means for other departments and the company’s bottom line. 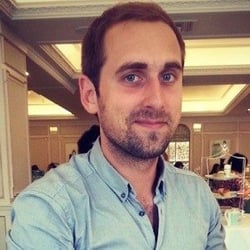 “You are getting concrete numbers on how your content is being received right the way down to the individual user. I find it odd that some people still feel a scepticism towards social media’s value as it’s really quite transparent in terms of what you’re getting for your money and what the point of the platforms is, which you can’t always say about most marketing techniques.”

5. It Can Become The Founding Pillar Of Wider Marketing Campaigns

Your social channels offer you a focus group far larger than you could fit in any room, and they’re constantly churning out actionable data about the tastes, activities, and consumer activities of your target audience, as well as how your campaigns are being received by them. This isn’t just useful for strategic social planning, it can also be applied to other areas of your marketing and help to guide creative strategies for wider campaigns that hit the mark with far more precision than before.

If something isn’t connecting with your audience, you can find out almost immediately and alter it. Conversely, if it is performing well then you can strike while the iron is hot and take advantage of it. One way this can be used is if you want to newsjack an upcoming event for some topical real time marketing. Your social media data can inform you beforehand if it’s likely to be a topic that your audience might be interested in. You can also work out whether it’s something that was connecting with your specific target audience, the speed that this data is available means you’ll be able to produce something substantial while the topic is still relevant.

The following is an example from Innocent Drinks, who noticed that one Tweet they’d produced was getting a lot more interest than usual. They built a full reactive campaign, seen by millions, off the back of that one Tweet.

“We can take some of our successes [on social media] and give ten ideas to our marketing team to see what we could try elsewhere. We created a spoof iPhone 6 ad for Twitter to tie in with Apple’s iPhone 6 launch announcement last year. It did really well, so two weeks later, on the day the phone launched in store in we took that exact same content and put it into an ad in the Metro. We also turned it into a sampling campaign, handing out bottles of our apple juice to the queues of people waiting to buy the phone in central London. Photos of the Metro ad ended up online on hugely popular sites like imgur and The Lad Bible. Even Alan Sugar retweeted it!”

7. You Can Accurately Analyse Your Competitors

With accurate social data you’re constantly removing elements of speculation, you can see exactly whose campaign was connecting better and who with. This can be used for setting benchmarks for your own team, and informing your future campaigns. You can also use data from analysing your competitors to target desirable users who interacted with their campaigns.

We think that a firm, practical grasp of social data is one of the most important tricks a marketer can have up their sleeve. What uses of social data have you found to be most useful for your business and campaigns?

Previous Story
← Dove Want You To #ChooseBeautiful, Samsung’s Twitter Treasure Hunt & #CatchDrogon
Next Story
You’ve Got A Friend In Tweet: How To Empower Your Loyalty Scheme On Twitter →

These Stories on Social Media Data

[VIDEO] Minute Masterclass: How does social data power a campaign?

[VIDEO] Minute Masterclass: What should you look for when buying a marketing tool?

It’s only ROI, but I like it: 3 ways to increase ROI from social media