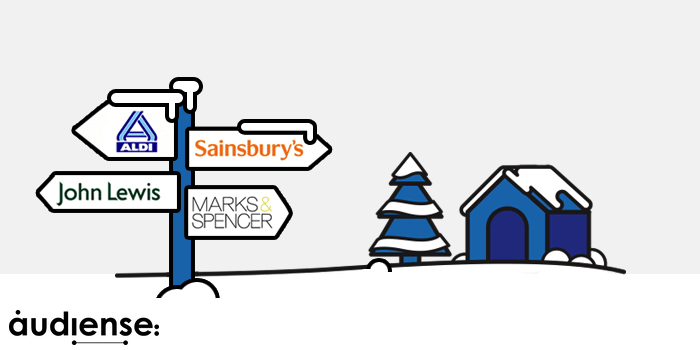 With Christmas trees up all over the country, top campaigns of major retailers are well underway and have once again dominated conversation when they were unveiled. But these campaigns don’t just provide the brands with festive customers, they also have the potential to provide a vast amount of Twitter data on their audience which can be used for future campaign actions, audience research, and competitor comparisons. Whose campaign reached the audience they were aiming to? Who had the largest unique audience for their campaign? What were the defining personality traits of the audience? Whose audience was the most likely to respond to Twitter Ads? The answers to all of these questions can be found by looking at the people who responded to the campaigns.

We thought we’d give you a taster of what we discovered when we looked at the personality of people who responded to last year’s Christmas campaigns by four of the biggest retailers in the UK, whose campaigns all got our attention as well as thousands of Twitter users. Our Personality Insights tool was developed with IBM Watson and analyses Tweets using the Big Five Personality Model, as well as needs and values. We analysed users who Tweeted key unique campaign hashtags, content, and accounts during last year’s Christmas period. So, what sneak peeks can be uncovered at this point?

In recent years, John Lewis’ Christmas campaigns have become a festive staple rivalled only by the Coke lorries. Last year was no exception as the advert featuring Monty The Penguin was viewed over 25 million times on YouTube alone. Out of the four campaigns here, this was the only one to achieve over a billion potential impressions on Twitter, but what sort of an audience were engaging with it?

Sainsbury’s highly emotive Christmas campaign from 2014 highlighted their longstanding connection with the Royal British Legion and was set in no man’s land on Christmas Day in 1914. The Christmas 1914 campaign scooped ad agency AMV BBDO a Cannes Lions award, but what sort of audience was it rewarded with on Twitter? 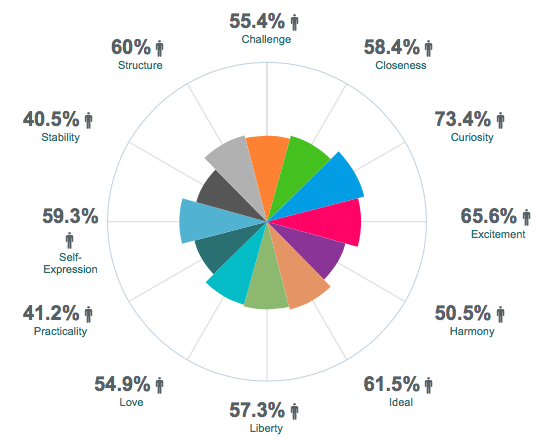 Sainsburys: The breakdown of desires that this audience needs from a product

With their first UK store opening in 1990, Aldi are up against native retailers who have been in the country since the 1800s. Their 2014 Christmas advert had them providing Christmas lunch for a large mix of families all over the world, and featured a cheeky Jools Holland cameo at the end. How did the people connecting with their campaign differ from the others?

A mysterious reveal lead to a glamorous, cheeky campaign from Marks & Spencer. The piece implied the glory of the giver in a fun manner, and this was reflected in the audience that got involved with the campaign.

What You’ll Learn In The New Year

Once the 2015 Christmas period is over, the data on the 2015 campaigns will be ready to analyse. Here’s what data-savvy marketers can look forward to discovering in 2016:

Why Is This Important?

There are actionable business advantages that can be gleaned from taking the time to perform in-depth analysis on selected audiences. Brands who have the above data, about their campaigns or their competitors, can do the following things:

See how this technology can be implemented into your own Twitter strategy.