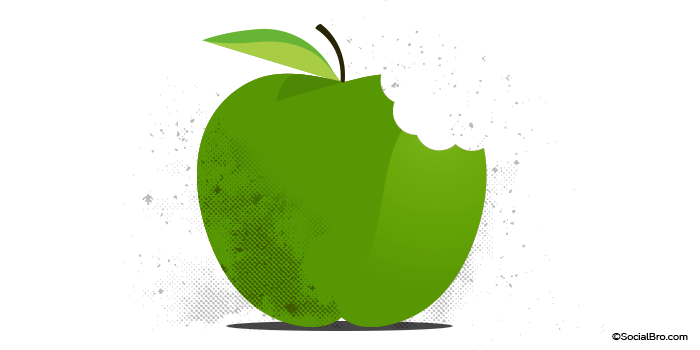 Android users were significantly vocal during Apple’s product launch on Tuesday evening. The Android Tweeters made up for 16% of the total Tweets during the product launch, compared to the low 3% of iPad users. For an Apple event, we’re impressed with the number of Android users that joined the conversation on Twitter. Could this be a sign of things to come? If the Android Tweeters are anything to go by Apple could be seeing a hefty customer increase of over 850,000 people. 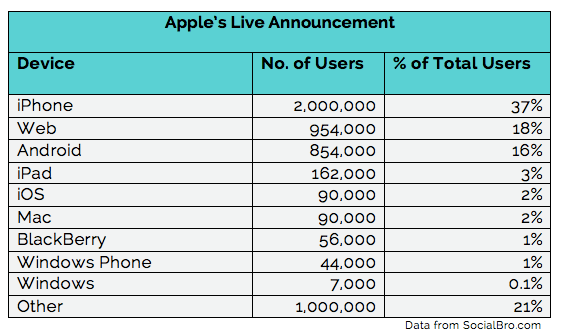 With over 4.5 million people joining in the conversation and an astronomical 5.3 million Tweets sent surrounding Apple’s announcement, it’s safe to say the launch lived up to the hype. But was the release well received by the Twitterverse? Well with 71% of the Tweets of a positive ( :) ) nature we'd say that’s a good start!

Not surprisingly, the most engaged Tweet of the night came from Apple CEO Tim Cook. But it interesting to see Queen of Twitter, Katy Perry, along with the world’s favorite talk show host, Ellen DeGeneres, giving Apple the subtle nod of approval. Of course the most exciting part of the launch was the announcement of the Apple Watch - wait no, the iWatch? - over 230,000 Tweets included the word iWatch, with key phrase Apple Watch nowhere in sight, so it seems we’re not the only ones who got confused by Apple’s decision to drop the iconic ‘i’ in the naming of their latest product.