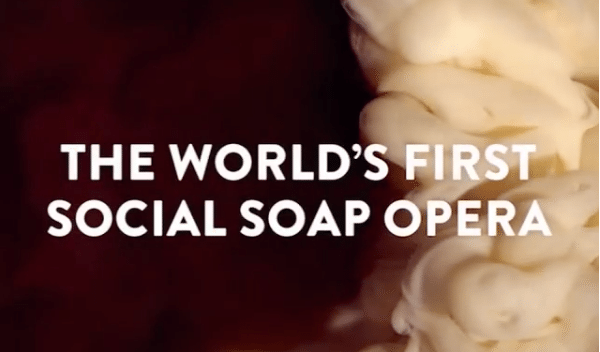 This week in social media, we have a mix of some really engaging and quirky Twitter and Instagram campaigns. Baileys is getting dramatic on Instagram and Post Office is getting everyone’s #SummerSorted with a bit of magic. We also have Starbucks’ new ‘secret recipe’ drink that has taken Instagram by storm, and Twitter celebrating the #Euro2016. These, some Twitter Trends, plus what team Audiense is reading in this weekly round up!

We’ve got a steamy love story brewing in the confines of Instagram’s carousel videos. This new campaign by Baileys, formulated by Mother London, is hitting all the right notes. Called the ‘Instagram soap opera’, it centers on the brewing romance between coffee and Baileys. The liqueur brand, in a new content collaboration with Instagram, has launched an eight part series with episodes being released over a two-week period.

The ‘mini-series drama’’ will see ‘Coffee’ straying from its life-long partner ‘Milk’, and heading into the arms of ‘Baileys’, with a special appearance by ‘Swiss Muesli’.

Episode one is out, and we can’t wait for this drama to unfold over the next couple of weeks. Head over to the Bailey’s Instagram account for a classic story of love and betrayal!

You know it’s getting increasingly close to summer vacations when brands start ‘summer campaigns’, and refreshingly, Post Office are nailing their summer campaign. Who doesn’t love a bit of magic? Especially when it involves money. That’s exactly what the Post Office plays on in their newest campaign which was created by MullenLowe.

The ad features Brendan Rodrigues, the Magic Circle’s magician of the year, as an employee of the Post Office, who changes money by magic. Pounds into Euros, £20s into two £10s… surprising and delighting the customers. The campaign comes at a key time for the Post Office, which is plugging its click and collect service and priority travel counters. The campaign will run till September.

The social team of Post Office is also making sure that they get interactive on Twitter, something we love seeing!

Starbucks is great at gaining fame and popularity inadvertently. And so it has been for sometime with their new ‘secret’ #PinkDrink that has taken Instagram by storm. With a twist on the Strawberry Acai Refresher, this off-the-menu drink substitutes water with coconut milk, and customers can ask for it whenever they please. You wouldn’t think that coconut milk would be everyone’s cup of tea but this one has worked wonders!

We aren’t sure if it’s available in the UK, but next time you go to your favourite Starbucks, it’s worth asking your barista!

Tweet AudienseCo if you’ve entered the Euros 2016 sweepstakes with your colleagues, friends or families! All eyes are going to be glued, and Twitter is ensuring that it has its bit of fun with all this engagement.

Tweet engagement around the Euro 2016 will light up the Eiffel Tower in different ways from the first match day till the finals. According to the Twitter blog, on the evening of every match day, 10 minutes after the final whistle of the last game of the day, the Eiffel Tower will light up with the colours of the country that received the most support on Twitter that day. So English Twitter users, you know what to do!
https://blog.twitter.com/2016/euro2016-kicks-off-on-twitter

Twitter have also released new emojis for #Euro2016. Have a look to see what hashtag you need to Tweet for your country!

Let’s not forget that there will be loads of chatter on Vine and Periscope too. Don’t forget to tune in!

Every major football tournament is also an opportunity to look forward to Nike’s hugely viral marketing campaigns. This year’s is no different, and has already racked up over 8000 RTs and plenty more shares. It features a schoolboy’s dream situation, of swapping bodies with Cristiano Ronaldo and living his life… with Ronaldo going in the opposite direction.


What Team Audiense Is Reading:

- Personas Are Dead: The Future Is Social Intelligence
CMO.com

As the adoption of social networks increases, so does the richness of information available about the consumer. How do we start moving beyond basic demographics, and start using social intelligence to build a more informed picture of our audiences?

… and it was pretty hilarious. Soon after getting the endorsement from President Barack Obama, Hillary Clinton fired off a Tweet in answer to Donald Trumps’, and it was pretty epic. It, no doubt, saw tons of engagement.
https://twitter.com/HillaryClinton/status/740973710593654784

Previous Story
← [Interview] How WHO’s ‘Twitter First’ Strategy Amplifies Communication In Real-Time
Next Story
What Would You Do With More Than 800M+ People? →