Doctor Who Fandom: Are The US Bigger Fans Than The Brits? 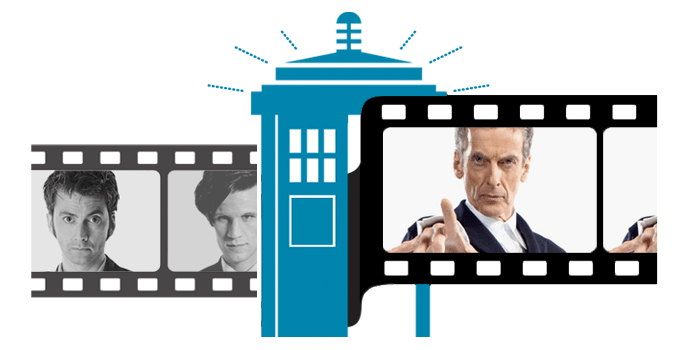 US fans were by far the most vocal on Saturday evening, when 12th Doctor Peter Capaldi made his dalek-table debut in the first episode, Deep Breath. US Doctor Whovians made up for 20% of the total Tweets during the evening, compared to a meager 13% in the UK. For a Brit-based show, we’re impressed at just how universal the Doctor is. Does this mean the US are bigger fans than the Brits?

7.3 million people tuned in to see Capaldi take control of the TARDIS and the feature-length episode received stellar reviews in the mainstream media, but how was the new Doctor perceived on Twitter? Across the globe, half a million viewers sent an astronomical 734,000 Tweets. 7.3 million may seem like an impressive stat for TV viewing but thanks to Twitter, Doctor Who Tweets had a potential impact of over 1 BILLION people. We need to take a ‘deep breath’ just to process that information.

Not surprisingly, the most engaging Tweets of the night came from the Doctor Who and BBC One Twitter accounts. Interestingly, despite Doctor Who primarily being a British TV show, Twitter proved it’s not just the Brits who are mad about the Doctor. Nearly 20% of Tweets analyzed came from the US, with Americans flocking to Tweet their thoughts, in comparison to just 13% from the UK. With such a strong fanbase across the pond, perhaps the next Doctor should be American. BBC One’s short and simple #DoctorWho was the most Tweeted, making it the key hashtag for Whovians to connect across the globe.

Of course, the most exciting part of the latest Doctor Who was Peter Capaldi’s first full appearance as the Doctor - if you don’t count the brief appearance of his eyebrows in last year’s 50th anniversary special, that is.

Capaldi’s name was mentioned 138,000 times in total and Twitter was overwhelmingly positive about the new Doctor, with only 14% of viewers Tweeting negatively about the episode. In addition to this, 57% of the evening’s Tweets came from female viewers. Unsurprisingly tweeps went absolutely wild for the 11th Doctor (Matt Smith) during his brief cameo toward the end of the episode, with 5,000 people gleefully retweeting the screengrab of Smith phoning to comfort Clara, the Doctor’s assistant, just before he regenerated into Capaldi. Matt Smith reprising his role as the much loved Doctor scooped up 40,000 mentions.