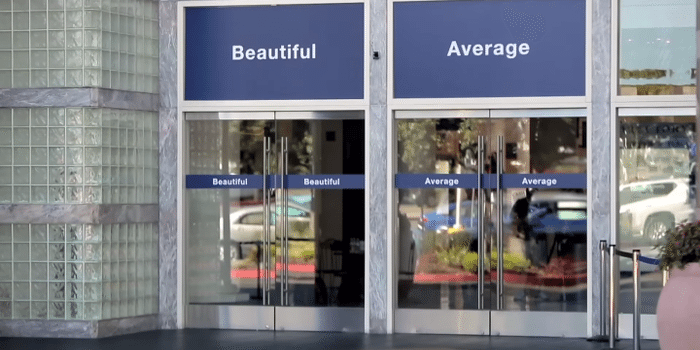 This week on social media, brands were all about innovation. Fresh, creative thinking that gets their target audience engaging in whole new ways. We’ve highlighted Dove, Samsung, and HBO for their creative campaigns that got people interacting offline and sharing online. Let’s take a look at the best of brands shaking up their Twitter marketing strategy.

Beauty brand Dove are no strangers to viral marketing campaigns, and lately they’ve got the internet talking about their efforts to get women to #ChooseBeautiful. Their ad for the #ChooseBeautiful campaign was filmed in multiple locations across the world, with the signs stating ‘Beautiful’ or ‘Average’ placed above the doors of a shopping mall. The reactions of women approaching the doors were filmed, with surprising results. "Women make thousands of choices each day — related to their careers, their families, and, let’s not forget, themselves," the company said in a statement. "Feeling beautiful is one of those choices that women should feel empowered to make for themselves, every day.”


According to SocialBro data, the #ChooseBeautiful campaign generated over 36,000 Tweets in the space of 37 hours shortly after the launch of the campaign. In addition, the ad - which examines women’s attitudes toward themselves all around the world - also enjoyed global attention on Twitter with people from the USA, UK, India, Canada, and even South Africa taking to Twitter to share their thoughts. The response to the #ChooseBeautiful campaign was largely positive, with almost 30% of all the Tweets sent encouraging the women to choose the beautiful door. #ChooseBeautiful also feeds into Dove’s wider marketing strategy, as a follow-up effort to their #SpeakBeautiful campaign, which aimed to boost self-esteem on Twitter and reverse the damage of negative Tweets back in February this year. Watch the full #ChooseBeautiful ad here.

You may recall a little while back when we sought to inspire you with a creative collection of branded Twitter contests. Samsung raised the bar last week, with a Twitter treasure hunt that brought offline and online together in one neat marketing package.


The campaign was designed to promote the release of the Samsung’s latest smartphone, the Galaxy S6, and used the hashtag #G6isHERE. The marketing stunt involved Samsung hiding eight vouchers for the Galaxy S6 handset in eight cities around the UK for people to discover. The successful treasure hunters used a live video feed streamed using Samsung’s Twitter accounts to receive clues and hunt. Then all they had to do was hand the voucher to a Samsung representative, say the secret password, and take a selfie for Twitter!


The live feed switched to a different city every hour and was supported by other media, such as the Samsung Piccadilly Circus screen and print advertisements in Friday’s edition of The Metro. An elaborate campaign that generated real buzz around the launch.

Dunkin’ Donuts celebrated the #FirstDayOfSpring with this sweet Vine, using stop-motion animation to grow a donut tree from a cup of coffee beans. Product placement at its finest.

HBO Use Social Media To #CatchDrogon

*Spoiler alert* The Game Of Thrones buzz has been building for weeks now, with fans of the series drumming up excitement for the Season 5 launch. HBO have stepped up their game with promoting the new season, by creating a social media dragon hunt. Fans of the show will know in Season 4, absent Khaleesi Daenarys had some trouble with her dragons, that led to one - Drogon - flying off into the horizon. The HBO official Game Of Thrones account has been asking Twitter users to help them #CatchDrogon.


Twitter users were asked to post a picture of their dragon bait - be it raw meat, a cake, or a younger sibling - and the Game Of Thrones account took the time to reply to Tweets encouraging users to continue sharing the hashtag. Our favourite #CatchDrogon Tweet?

ICYMI: Last week Twitter introduced the ability to indulge in retweet-ception, by allowing you to quote Tweets by embedding them into your own Tweet. This update means Twitter users who want to add their own commentary to retweets no longer need to worry about cropping the original Tweet to give themselves more characters. Like so.


Coca-Cola and agency Ogilvy & Mather have teamed up to shake up the brand’s marketing strategy, with the first ever billboard that not only advertises the product, but gives it to you there and then. Coca-Cola’s drinkable billboard was 26 by 36 feet in size, and dispensed Coke Zero through 4,500 of straw as part of their ‘drinkable’ campaign, which stars alongside kiosks in shopping centres, a concert, and drinkable flyers (vouchers for a free drink).

Seen any other brands on social media that grabbed your attention this week? Let us know in the comments.

Previous Story
← The Evolution Of Advertising On Twitter, And What Comes Next
Next Story
Adapt Or Die: 7 Reasons Why Social Media Data IS The Future Of Your Business →