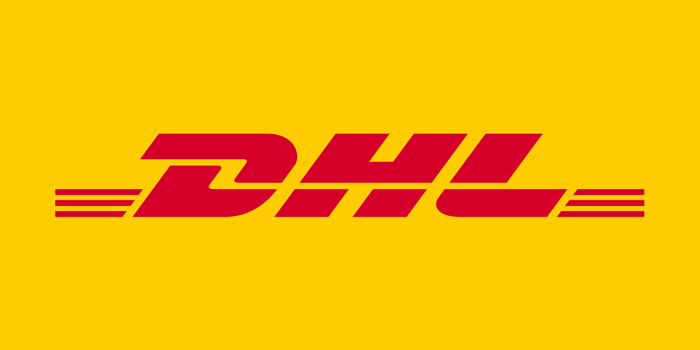 In September 2014, DHL Africa launched their #AfricaAsOne campaign to bring Rugby to the African continent, ahead of the Rugby World Cup in October 2015. To help spread the message of what they were planning on doing across 45 African nations, they enlisted bloggers and other Twitter influencers. The social campaign was run by HaveYouHeard, an influencer marketing agency based in South Africa, who used Audiense during the planning stages of their campaign on Twitter.

We spoke to Kaybee Ntloana, Account Manager, and Britt Adami, Social Media Manager of HaveYouHeard to find out how they planned the campaign for DHL Africa. They told us how they found influencers from various fields such as fashion, food, sports, among others from 45 different countries in Africa to keep the message of #AfricaAsOne strong till the Rugby World Cup. Read on to find out how they achieved results with this campaign.

What was the size of the team working on the campaign?

Britt: Kaybee was the eyes and ears on the campaign. Jason Stewart, our MD and I oversaw everything, while we also had 3 additional team members who would rotate and help in the backend, reaching out to the influencers.

Tell me about the #AfricaAsOne Campaign

Britt: The whole idea was to take Rugby throughout Africa, so we travelled to 45 different countries all of which DHL Africa is present in as a business, and in each country, we learnt a little bit about the culture. The team on the ground conducted eye tests, Rugby clinics and other CSR activities. We passed one single Rugby ball across 45 African countries, and ultimately landing in London in time for the Rugby World Cup in September 2015.

Here is a #FlashbackFriday to when the #AfricaAsOne team found themselves in the beautiful Madagascar. pic.twitter.com/qL6LY4xW2f

What was HaveYouHeard’s role in the campaign?

Britt: We had a team (another agency) on the ground, shooting videos in every single country, posting one amazing video per week. Once they were uploaded onto YouTube, our job was to get as many eyes on the content as possible, as well as to share it with influencers on Twitter, Facebook and Instagram.

Twitter was our most successful platform, and because of Audiense we were able to find the the right Influencers for us to send the videos out to. Each video was quite unique. For example, Ethiopia is big in coffee making and brewing, so once that particular video was created, we went onto Audiense and we found coffee enthusiasts and/or baristas all over the world, but specifically in Africa and that’s who we sent the videos to. Whereas, when we were in Zambia, where it’s quite fashion focused, we sent the video to fashionistas, fashion bloggers and retail stores.

And once you sent these videos to these influencers, how did they spread the message? 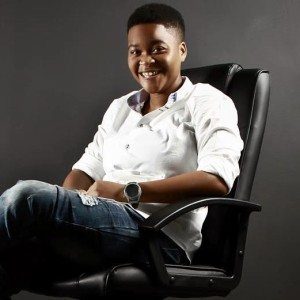 Kaybee: In the beginning, as the campaign was new, we got a few responses with queries - asking what the campaign was about or if they could have more information provided. But as the campaign grew, we received more interest in terms of people wanting to blog about it or share it on their personal social platforms. We also targeted other brands, for instance, if we spotted a brand in the imagery or video content, we reached out to them and shared the content with them. We shared details of where we spotted their brand in the journey, for example, in Ghana or in Zambia. A lot of brands responded positively to our content. It was a good way of introducing the campaign to everyone.

Britt: A great example we had was of when our team shot a picture of a guy standing by his Mercedes, so we Tweeted Mercedes about our travels, and those kind of posts did very well for us. And it’s not necessary that the brand engaged with us all the time, but fans of DHL and the brand in question loved that kind of content.

Did you have a certain number of influencers you were aiming for in each country?

Britt: I think we set ourselves a minimum, but tried to exceed that as much as we could, depending on who we were targeting for that piece of content.

Kaybee: I think the content played a big role, in terms of the number of people we targeted. When we kicked off, we started in small countries, so sometimes we couldn't find enough influencers but as the campaign grew stronger and we moved on in the journey, we were able to target a lot more people. Plus there were a lot more eyes on the campaign so there was a widespread content share.

What was the social brief that DHL gave you?

Britt: The team at DHL wanted to know how to use the information they generate and feed it to influencers using Twitter, Facebook and Instagram, and that challenge was for us to take on. That was when we found Audiense, we had a week to become experts on it and that’s how we executed the whole campaign. We definitely exceeded expectations with the client.

Did you map out what each country is known for before you began the social campaign?

Britt: Everything was ad-hoc. We got the YouTube videos from the team on the ground, and then we’d see what it was about. For example, if one was about fashion, then we would start searching for relevant fashionistas, and big brands to share the content with them on Twitter. So we had to be very responsive to the videos that the agency produces.

So you depended quite a bit on the agency on the ground?

Kaybee: Yes, the strategy itself was set and we knew how we’d plan the campaign on Twitter, but the content and seeding it to the right people, happened there and then. Everytime we received a piece of content, we had to re-strategise and make sure we were targeting the right people in those specific countries. So that part of campaign was on the move all the time, we had to adjust quickly and that was the fun part, this campaign had us on our feet 24/7.

How important was social to the campaign?

Britt: Social was an important part of the campaign as it offered big potential for reach. It was also a great for CSR because of how much DHL did in all the countries they travelled across. We also wanted brand awareness, especially in the build up to the Rugby World Cup, and social was integral to that.

Kaybee: Social played a crucial part in the campaign. The video content was one part, but to repurpose that and share it with the rest of the world was what we needed to figure out as an agency, and that’s how we came up with the strategy.

Who were the different kind of influencers - what were the categories?

Kaybee: We had lists and lists of influential social and market influencers across these the rugby, fashion, art, environmentalists, foodies, sports fanatics, blogger and brand categories. All from the different countries we explored.

How did Audiense help you plan your Twitter strategy?

Kaybee: A lot of features on Audiense were almost aligned with the ideas we had. For example, features like the Direct Message campaigns, which we found to be a lot more personal than a Tweet. With DMs, we also got to share a lot more content compared to sending just one Tweet. It was a lot of learning in the beginning, but once we got the hang of it, we were sorted.

We were able to filter out quite a bit for Twitter. For example, seeing a lot of the location based statistics, or which cities received the content better. Plus using the bio tag clouds, we could see the kind of content we received. So we were able to integrate a lot of Audiense’s features into our Twitter strategy to make it as effective as it was.

And on Audiense, how did you find the influencers?

Kaybee: We used a number of filters like location, influence score, number of Tweets, how active they were etc.

Who were some of the big influencers and what was their response?

Were the DM campaigns you sent via Audiense well received?

Kaybee: Yes, definitely. DMs were a good way for us to continue reaching out because they were more personalised compared to a Tweet. So people were actually engaging and clicking on the link and going to the site. We saw the number of clicks on the DM campaigns, and also on the website.

Did you base the rest of your content strategy based on any Twitter Insights you got from Audiense?

Kaybee: Yes, definitely. When we kicked off, some of the features that are available now like the monitoring tool weren’t available then. So when those features were introduced, we were able to play and tweak the strategy to include these features and use them to optimise the effectiveness of the campaign.

And what kind of content worked best with this campaign?

Kaybee: A lot of the imagery we put out was well received. Or a piece of content that we put out that was linked to a popular influential brand.

Did the smaller, more niche influencers blog about it? How did they respond?

Kaybee: We followed the same procedure. We received a lot of Retweets and likes. They engaged with us and asked us to share details about the campaigns with them, and we’d direct them to different platforms that we had set up - like the YouTube channel where they could go and watch all the videos and feel part of the journey. It was because we shared these videos with them that they were able to pull a lot of the content together, and blog about them. And they shared their blogs on their social pages, so that gave us a lot more engagement as well.

What was the biggest win for DHL in terms of Social?

Kaybee: The massive growth of the DHL Africa social accounts was definitely because of the #AfricaAsOne campaign. I think the success of it was due to the content that we were sharing, it encouraged a whole lot of followers, and we constantly saw the numbers rise.

Our page also got verified during that time, and that was a big win for us. I think HaveYouHeard certainly exceeded expectations - some of our images were profiled on World Rugby, just before the World Cup, so it was a great presence for DHL Africa, which is essentially what the client wanted.

Want to hear more insights and opinions from digital marketing and social media professionals at some of the world’s top brands and organisations? Check out our other social media interviews in our Spotlight Series, including British Gas, Puma, NASA, Innocent Drinks, United Nations, and many more.

Previous Story
← Vauxhall’s #ParallelBarking, Instagram Gets Holy, And An Important Easter Reminder
Next Story
#SaveSmarter With Aviva UK, #UnsuitableJourney With M.J. Bale And Sleep With Sharks Courtesy Of AirBnB →