Hijacking a hashtag: 16 brands playing Game of Thrones on Twitter 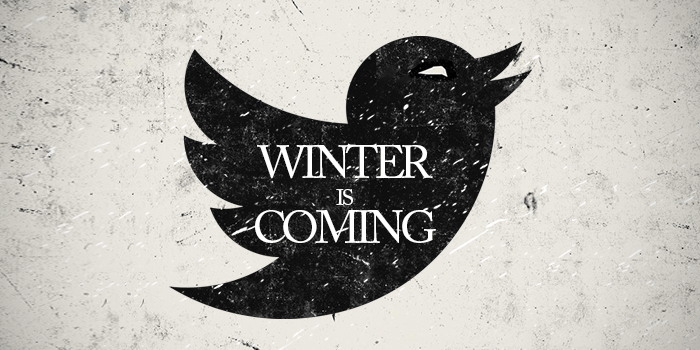 Just when you thought spring is here, everyone says ‘winter is coming’.

As you may know, #gameofthronesseason4 started with much fanfare on April 6. With 6.6 million HBO viewers, and many millions of devoted social media-active #GoT fans, this massive premiere event offered brands the opportunity to exploit the cultural zeitgeist, sorry, ‘join the conversation’ through it's associated hashtags.

To hijack any trending event, brands should employ the same social media strategy for be it the Superbowl or the Oscars: if you’re going to post something, come up with something fun, engaging and (at least vaguely) relevant and preferably, create some content. Otherwise, irrelevant and desperate attempts at using a trending hashtag could be damaging to the brand reputation and ultimately lead to unfollows.

For Game of Thrones, there were plenty of hashtag hijack #Fails and #Wins to be seen all over Twitter. Here‘s our list of the best brands that tried to (successfully and unsuccessfully) hijack a Game of Thrones hashtag. Keep these in mind next time you decide on hijacking a hashtag.

Few brands have a legitimate claim to use a GoT hashtag. Well played by Tourism Ireland, if blood and guts doesn’t attract them, what will? They’re onto something though, just look at what The Lord of the Rings did for New Zealand’s tourism.

Respected sources of cultural commentary are allowed to join in, I suppose.

Game of Thrones recap: Slicing and dicing through the first episode of season four http://t.co/8GdE48LYuT

Brands in the relevant field have an argument for joining in, especially as their customers are fantasy fans.

Good morning. How many of you are late for work coz you were watching GOT at 2:00am? http://t.co/1hE0LSfms4 pic.twitter.com/3DqVBq40i0

If your store sells the GoT books, it would be a mistake to pass up the opportunity for promotion. Several brands put in creative effort, creating special products, making amusing little stunts to tie-in. This works:

Mother of Donuts. #GoT pic.twitter.com/YpjTX5wLC9

This is how to do it:

Welcome back, @GameofThrones. May the best House win. #FU pic.twitter.com/khW0Hg3MXK

Although this is pretty poor:

At least make the effort to hijack the hashtag. Some can actually be amusing (if blindingly unoriginal)

Simply posting a GoT pic doesn't cut it, although it is a great picture Daenerys Targaryen looks amazing.

Retweet If you will be watching @GameOfThrones Tonight! #TakeTheThrone pic.twitter.com/Vl2iZ0uMtP

At the very least link your brand with the event, even if it is just the slightest bit tenuous. Do these have a link? Maybe (just)

The badass women of Game of Thrones, ranked by style: http://t.co/ATEy4ln6a1 pic.twitter.com/V2usk0SHDS

However, it can look a bit desperate when brands with little or no perceivable connection at all turn up at the party. Like, well done.

Did Game of Thrones change anyone else's opinion of chicken? #GoT

But, we think SKY needs to remember that working in a call centre does not equal 'the team who brought GoT to you' AT ALL.

Who stayed up to watch #GameOfThrones? You can be part of the team who brings #GoT to you; go to http://t.co/NwTll0rd5R to find out how.

What does our product have to with a dungeons and dragonseque fantasy full of sex and slaying? Does it matter? Although this tweet received a few digs, actually they got a few lols from the team here.

We know how to play the game #GoT #Season4 pic.twitter.com/gUNDK9mAF3

Keep an eye out... we're sure they'll be plenty more hijacking of #GoT to come!

6 vital strategies to ramp up your company’s social selling