Truffle Social, a social media agency, is positioning brands as an innovative force in social media channels. Their #1234ThumbWar campaign for Models Own, a British based beauty brand, was a huge success on both Twitter and Instagram.

We spoke to Truffle Social’s CEO, Ellie Hernaman and Head of Strategy, Kat Scoble to get an idea of the nitty-gritties of planning a social campaign. We also found out some tips and tricks about Direct Messaging campaigns on Twitter, and how Truffle Social use the Audiense platform for their own end.

Audiense: What are your main challenges in being a social media agency? 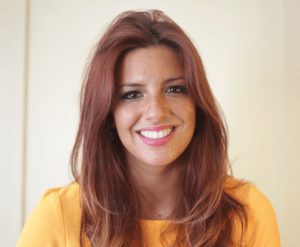 Ellie: One of the main challenges is always to figure out what the best strategy is - in rolling out the correct kind of social media campaigns for our clients, and the other one is how do we educate them so that they understand that what we are suggesting is good and agreed on. A lot of them are interested in social media, but social is constantly developing, which is great for us. But sometimes it’s difficult for brands to understand that as that’s not really their day job. We try our best to let them do what they’re best at so that we can do what we do best.

Aud: How do you form your social media strategy for your clients?

E: Audiense has been really good for us in that respect. We find it effective when it comes to segmenting audiences. When Twitter’s new API changes occurred a couple of years ago - they were reducing the capability to follow people in bulk, and that became an issue for us. It meant we had to put more manual time into following individuals based on how we filtered audiences. We’d think about our client and who we want to target keeping that client in mind - the obvious targets are competitors’ followers because it shows that there’s a likeminded audience there who is open to learning about a specific product.

What we’d do normally is, if there’s a brand that fits say, in the cosmetics’ realm, and they specialise in skincare, we will then go look for a competitor skincare range or brand, and upload their audiences into Audiense, and using Twitter, we’d break things down so that we could target people for different outcomes.

Another thing we do is that we found so useful cross-segment audiences and use the rule-builder. Being able to have a system that automatically will either add a certain person into a list based on the fact that they follow a health magazine or a particular yoga instructor and we’re about to run an expo on nutrition, is really useful for us.

Aud: You have used DMs in the past, and especially for the Models Own campaign. What are your pains and gains with it?

E: Yes, our DM campaigns and public ‘@’ campaigns have been really useful. We’ve found a lot of value in sending a personal message after someone has followed a brand.

Of course, there’s a bit of strategy needed with these things as you don’t want to come across as a spammer. So we’ve thought about how to use it and say, if we’re going to send the same message to 450 people over a few days and we can’t manually change that message, what can we do? We look at the audience we’re sending the DMs to and for example, they might be generally active at 7 in the morning and 10pm at night, and so we’ll send that message between midnight and 3am. And this way, by the time they see the message, we would have added more content to the home feed and they don’t feel like we’ve spammed. And we also have the opportunity to monitor and respond to any messages we receive from them.

Audiense has been great for us because we can whitelist and blacklist people. We will never run the risk of following someone who we know we should never follow - perhaps, in their bio, it’ll say I’m a health freak but they’re also into sadomasochism. And they are definitely not part of our target audience.

We also always make sure that we keep building on our list of people we follow. We put them in the whitelist section. For us, Audiense has become invaluable. We use it every single day. Another great thing about it is that we can upload databases of emails, which is really useful for us. Because our clients will have databases of thousands of emails, who they’re sending out newsletters to every week. That ability to target and re-target someone in as many ways as possible is so important and effective. 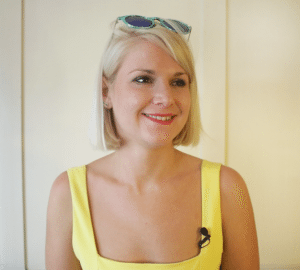 Kat: We try not to sound too automatic. We word them carefully so that they sound more personal. One of our clients was going on a TV show, and we reached out to their audience saying ‘Hi, we really appreciate your support and it would be great if you could watch this show.’ I mean, anyone following the client has a level of interest and it does work out. Especially if we flatter people, and most people love being flattered.

A successful DM needs an informal tone of voice and personalisation to begin with.

E: For us as an agency, we always try to drive home the importance of coming across as down to earth and relatable to the client’s audience. And I guess that's what social media is all about. For us to be able to come across in a personal, down to earth way is super important.

Aud: Have you used DM campaigns and auto responses to impact the way you use Twitter for your own agency?

E: Yes, for sure. For Truffle, we have an auto-response set up which is really helpful. Anyone who follows us has student or graduate in their bio, we will then send an automated Tweet to them (through Audiense). We set it up for 12 hours after the follow so it doesn’t look like it’s a spam message or an auto-response. We’ll say ‘hey just saw that you were a student’, and this is an assumption as sometimes they wouldn’t have changed their bio or they might be a student of something else that we might not be looking for - ‘just wanted to know if you’re looking for a job, we have a few roles we’re looking to fill. Get in touch, send us an email’, and the number of responses we get just alone for Truffle is amazing. The fact that you can control the timing really works for us.

Aud: Have your clients got a better understanding of social?

E: Absolutely. Within our monthly reports, we will look who our most engaged followers are - from the previous month. And say, we’ll look at the top 20 most engaged followers from the month and the top 20 most influential followers from the last month. We’ll lump together in a list and we’ll have our own targets to follow those conversations. Obviously we’ll want to touch base with them, as if someone has a higher level of influence and they’re our ambassador, we only want to nurture that relationship further. For us it’s about engaging with the right people and using that data to keep reinforcing those messages and rewarding people who are already acting as ambassadors for us. This further educates the client on the benefits of social.

Aud: Is there anything new you’re working on with regards to Twitter?

Kat: We’re using the platform more and more to build audiences for Twitter Ads. That’s incredibly useful because it’s an easier way to identify the relevant audiences. We can make target lists of different audiences we’re interested in. And then feeding it into Audiense just makes it so much easier as you can’t do that on Twitter.

E: For example, we have an email database of people who have unsubscribed - there’s no reason why we can’t attract them back through targeting them on Twitter. We’ll upload that email list on Twitter and give them fresh and new reasons to engage with us again and entice them back in one way or another.

Keep your eyes peeled for our next interview with Truffle Social, where we will be discussing the planning and execution of Models’ Own #1234ThumbWar campaign. Read more of our social media interviews with the likes of Airbnb, Southampton FC, and HaveYouHeard.