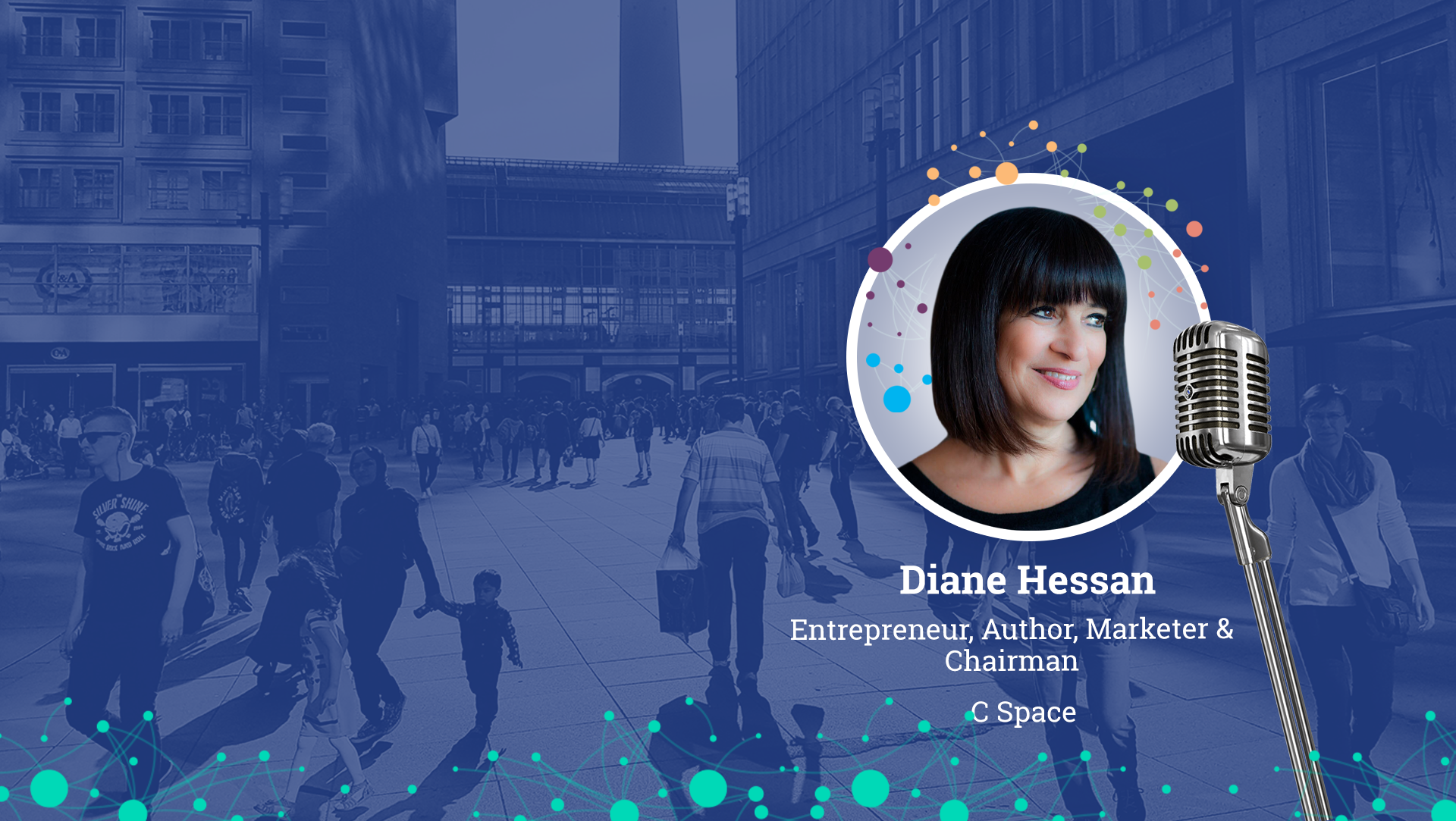 This week on Data Stories: Leaders at Work, I speak with Diane Hessan, entrepreneur, author, marketer and chairman of C Space, a next-generation market research company that builds online communities to help marketers generate consumer insights. Diane was responsible for leading C Space to 12 successive years of exponential growth with over 500 employees and offices all over the world. The company was acquired by Omnicom in 2011. Diane is currently the CEO of Salient Ventures and has just published a new book – Our Common Ground.

We begin by speaking about Diane’s first leadership role, which was in The Form Corporation, a professional training and coaching company, where she had much success. During her time there she tripled the sales team and grew their outsourcing from zero to 30 million in less than a year and a half. I ask her how she managed to do this, and she responds that she feels she was lucky as she joined an industry when it was still in its infancy. The company specialised in selling training programs to businesses, which might not seem so remarkable now but in the 1990s this was far more of a foreign concept. It was here that she found how good she was at selling, asserting and growing her skills in sales through being curious and showing an interest in other people.

We go on to speak then about C Space, where Diane was one of the first to use social data for research and audience intelligence. Starting in the industry, Diane realised that her passion was to someday run a large company. She realised that the best way to do this was to start her own company, endeavouring to create a company that really mattered and build it into something substantial.

This is exactly what she did, and she decided she would take the novel idea of online community and make it relevant and valuable for corporations. She got it off the ground with the help of Hallmark, who became the first of the insight communities in the world, allowing consumers to discuss what they thought about the products and share their ideas. This became a popular and successful way of seeing consumer insights, and Diane was able to build this idea into her own company.

Next, I ask Diane what leadership means to her and what is required to be good at it. She states that she feels that physical energy is the number one thing she thinks is needed if people want to be successful in leadership. The next thing she cites is being present with people, and always making time for those who work with you, honouring what they wish to speak about. She then goes on to speak about intellectual energy, bringing all of your ideas and preparation every day to get the job done.

Moving on to discussing Diane’s most recent book, Our Common Ground, she explains how she went from being a CEO of a company to writing a book about politics in the US. She explains that after stepping down as CEO of C Space, she had a conversation with a friend who was working on Hilary Clinton’s presidential campaign and wanted to know if she had any insights into understanding voters. After thinking up some ideas, Diane decided to do a project with the campaign, helping to understand voters in swing states, and eventually putting her findings to paper in a column for the Boston Globe. It went viral, and she ended up doing more to explore the mentality of undecided voters before penning it in a regular column. Pulling fifty-five of her articles together, she produced her new book.

To finish our conversation, Diane speaks about how young entrepreneurs can go about getting their foot in the door. She says that the best way to meet the right people is to simply get out there to as many networking events as possible and look for the moments to meet the right people. This, she says, is the way you will be offered opportunities by the right people and make it to the top. She also offers the advice that life is long, so do not worry too much about getting started early or rushing. It might look like everyone has it together, but it pays to trust the process and enjoy the journey rather than finding the right industry right away. Focus instead on who you want to work with and what culture you want to work in.

Diane says she doesn’t know what is next for her career, but that she’s excited to see what shows up for her next.

The full version of the podcast with Diane Hessan can be listened here: