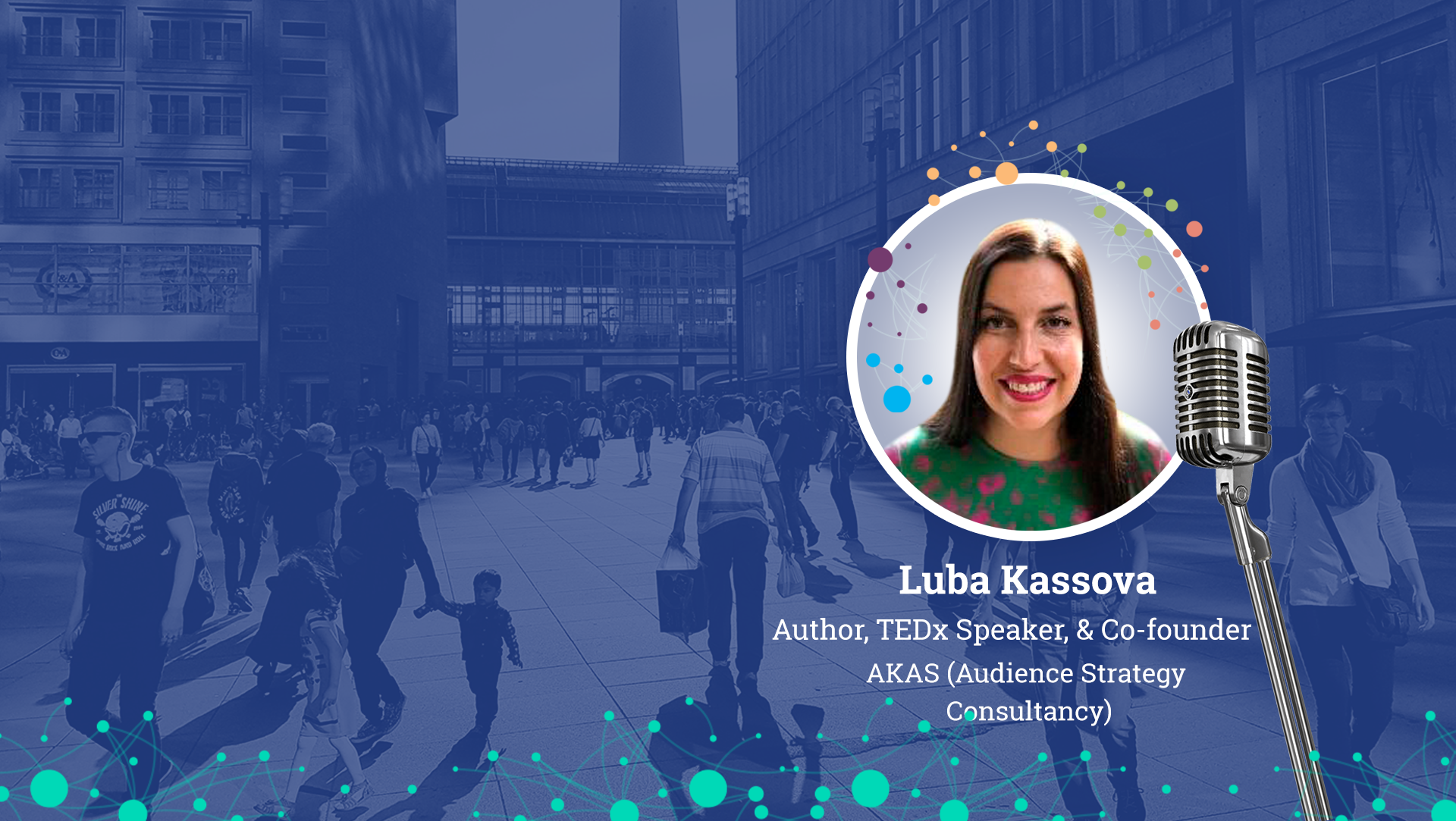 [PODCAST] Evoking empathy and compassion through the power of stories

In this episode of Data Stories: Leaders at Work, I speak with Luba Kassova, Author and Co-founder of Audience Strategy Consultancy (AKAS). Prior to AKAS, Luba headed up the consumer and audience insight teams at cancer research UK, the BBC, and BT vision. Luba is passionate about gender and racial equality, free media, and social cohesion. Over the past 20 years, she has used her passion for telling powerful audience support and consumer-centric stories to help organisations develop their strategies, brands, services, products, programs, consumer insights, and marketing research & communications.

We begin our conversation by speaking about Luba’s MA in sociology, which she explains she chose because of her interest in people, in understanding their motivations, and why they behave the way they do. She also opted for sociology because it was a broader discipline than psychology, focusing more on the social aspects of humans rather than the scientific understanding of the brain. After graduating she worked in Bulgaria for a few years but felt restricted in terms of progression, so she looked to emigrate to England seeking a better life. She was offered a scholarship in Contemporary European Studies from the University of Sussex which brought her to the UK where she has lived since. Luba quickly realised that she was best suited to a more dynamic environment where she could use her skills more freely, so she chose media and research for her next steps, focusing on various ways of approaching people and understanding them better.

When asked what she wishes she’d known before beginning her research, she responds that you can experiment and try different things and that doing this can work out much better for your goals in the end. She maintains that we should not feel the pressure just to stick to one thing. The weight of trying to get it right the first time can be heavy to bear, and she explains she wishes she had known it’s okay to try out multiple things without worrying about getting it right immediately.

Luba lived in many countries growing up, travelling with her father’s job who was an ambassador, which she sees as a huge privilege in her background. This, as well as her family, she says has helped her to become an accepting person who sees people as equals and does not discriminate. The world is very divided, she says, but we all want the same things; love, success, protection. These things bring us together, and focusing on that can help us to come together rather than fall out. However, the differences in people’s viewpoints still drive Luba towards striving for equality in the world around us.

In terms of works that inspire Luba, she cites Humankind by Rutger Bergman who states that humans are intrinsically kind rather than selfish, which is what is commonly believed in social sciences. This has inspired her as a self-fulfilling prophecy that could make us act with more kindness and compassion towards one another. She moves on to explain the concept of the ‘tyranny of positivity, which is when we suppress emotions that we see as negative when in fact any emotion can be positive and can help us to make better decisions and see the world differently.

We finish by speaking about the power of storytelling, and what skills are essential in being a good storyteller. For a start, Luba says she thinks curiosity is essential, and that as humans we do not ask enough questions, but love to listen to our own voices. She explains that to tell a good story we need to ask more questions. She then goes into the importance of honing in on human stories that bring to life the point we are trying to make. She says we can present data as information with trends, or we can give a powerful human story without validating it through data to see if this is really a trend or not, but neither will be as effective as combining the two. The art of storytelling, she says, is being able to marry these two methods and be able to tell the story of what has happened through human stories backed up by social data. We all remember stories better than we remember data, and stories also evoke empathy and compassion that can be much more effective in showing people alternative viewpoints.

The full version of the podcast with Luba Kassova can be listened here: