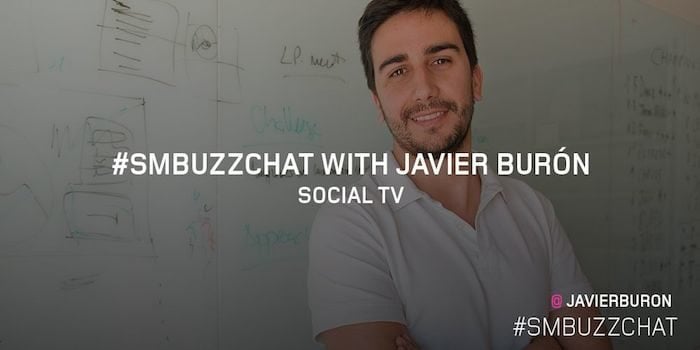 Last Tuesday our CEO and cofounder Javier Burón was invited to host The Drum’s weekly #SMBuzzChat, joining a list of previous hosts including heads of social from major companies, agency founders, and award-winning marketers. Given the new series of Game Of Thrones began at the weekend, the topic of brands taking advantage of the second screen experience was a timely one to discuss.

With 70% of Twitter users sharing Tweets about TV shows they’re watching, it’s becoming an increasingly valued aspect in marketing strategies for social teams across many industries. Understandably, a lot of people had things to say on the matter, with digital marketing professionals from household name brands, agencies, and our own team getting involved. You can see what Javier had to say about the main questions in The Drum’s coverage of the chat as well as further thoughts in the video further down, but here were some other points which were raised that warrant your thoughts.

Your work doesn’t end when the credits roll! Analysing the conversation after the show (like we recently did with Making A Murderer) needs to be in your strategy. It will tell you who interacted with you, inform your future strategy, and provide an audience for you to conduct follow-up campaigns with.

Laura-May Coope provides a voice from the side of the shows, as the agency she cofounded (Social Life) has worked with The X-Factor, I’m A Celeb, Netflix, and many more. She highlighted the social effort that goes into planning a show, even if it’s live and has a big reactive element. This can be integrated into your brand’s social interaction with the show too. In another Tweet she also mentioned that they ensure the show’s social element is now considered in production, rather than an afterthought, highlighting its importance to the experience of watching a show.

Over the last five years, under 50s have been watching less and less traditional TV, while Netflix usage has almost quadrupled. As more people watch their favourite shows at a time convenient to them, a brand Tweeting spoilers may connect with those watching live, but could be in for a harsh response for those waiting to binge watch episodes at a later date. Is the trade-off worth it?

5. Can You Afford To Miss Out On Your Oreo Moment?

On the flipside of that coin, a real-time response can match the excitement that fans currently watching the show are feeling. The question of whether live response or social plans were better was one of the more divisive ones, and brands will need to look at what works for them.

6. How Were You Perceived?

One of the main points made by Javier in the chat was that reach without context isn’t a particularly useful long-term metric. There are many ways to look at how you performed that are more useful. How relevant was the audience, and what did they think of your posts?

If you’re integrating Tweeting around a TV show into your social strategy, assessing your performance of a single week may only tell you part of the story. Looking at the results each week and comparing them will give you a stronger idea about how your efforts are performing.

A key theme through the chat was the importance of identifying shows that are relevant to your brand. Nobody wins if a totally irrelevant brand abandons its voice to try and jump on board.

9. Remember What The Audience Is There For

The benefits of being on brand, responsive, well-prepared, and engaging are all vital. But don’t forget why the audience is on social during the show. They’re on there to enjoy discussion about what they’re watching, no brand can afford to forget that.
https://twitter.com/tessmeonit/status/725026970245947392

Following the Twitter chat, Javier joined The Drum for an interview talking in more depth about some of the topics. This lead to more discussion about Making A Murderer, and how the social techniques discussed can also be relevant for event strategies too.

With the connection between social media and TV showing no signs of slowing down, a plan for responding to shows and interacting with the audience is something brands need to consider where possible. What brands do you think get this right? Tell us in the comments box below.

Previous Story
← Buxton Water Celebrates #NaturalHeroes, #QueenAt90 & #EarthDay
Next Story
P&G Asks Us To Thank Our Moms And Knorr Wants Us To Fall In Love With Flavours →