Show Me The Money: 8 Things Twitter Can Do To Improve Your Bottom Line 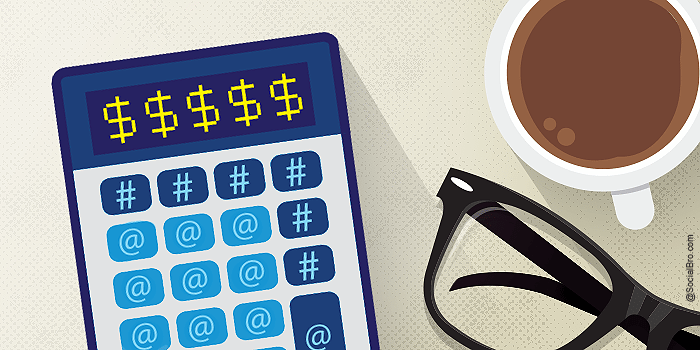 The creative scamps have come up with a witty hashtag, the marketing team post the most engaging tweets, and your designers have made a simply delightful banner. Great, your board doesn't care. Those fluffy and nice things count for buttons if it’s not increasing your business' bottom line. Can you really make a positive difference to your bottom line with just 140 characters?

Yes! Almost 40% of marketers felt that their ROI on Twitter was improving at the back end of 2013. On top of this, 34% have also said that they used Twitter to directly generate successful leads. Why is that? Here are some of the ways that Twitter can have a positive effect on your bottom line:

1. People Expect To Be Treated Like Special Little Snowflakes

95% of millenials want their brands to actively court them. It’s no longer enough to simply be the big name on the billboard, or the recurring name on their search results. They want interaction, personalization, and discounts for loyalty, bless them. But in 2018 their earnings are estimated to overtake baby boomers, and in the US alone this generation is expected to spend $1.4 trillion annually by 2020, representing 30% of all transactions. If you’re not courting them, your competitor is, and they could grab a giant slice of that $1.4 trillion pie while you risk dining on the crumbs.

This tweet from XBox was interacted with by a quarter of the people who saw it. The call to action in the tweet also lead to the suggested hashtag trending, this was a result of them trying to reach out to their audience with something exclusive that they would want. Their audience responded, and over 3 million copies of the game were sold within the first week of it being on sale. Game over competitors!

Wondering whether your audience would prefer a campaign tied in with Game of Thrones or the World Cup? There’s a possibility that neither one will be cheap, so you’ve got to make sure you pick the right one to get the best return on your investment. Find out what your audience are tweeting about the most to help make that decision. Large businesses frequently spend thousands on market research, learning as much as possible about their customers. On Twitter, all of that information is available for free if you know how to look for it. With that saving you could considerably reduce your outgoings, or just buy pretty hats for everyone in your team.

In an interview with The Drum for International Social Media Day, our CEO Javier Burón was asked about what not to do on Twitter. He used the opportunity to highlight the importance Twitter has in creating a strong, consistent brand:

“Don't treat Twitter like some kind of soft channel that is disconnected from the rest of your marketing activity. Marketing is a fluid discipline, and your audience may fade out from one channel and then be more prominent on another….
Twitter should be built into your campaigns as an integral factor, not an add on. Make sure the same level of creativity and strategic thinking are applied to this channel as the rest of your marketing activities.”

Okay, so why is it so important? In the recent Social Media Examiner podcast with author Sally Hogshead, she revealed how her team had discovered that people will pay 400% more if they’re fascinated by the product even if there is no visible difference between it and a competitor. She defines fascination as a feeling of intense focus towards something, similar to love. She then continues to say that this is achieved by finding your personal selling points:

“You don’t have to change who you are, you have to become more of who you are… once you can understand how the world sees you at your best, then you can do more of it. Identify what you’re already doing right and focus on that.”

By using Twitter to enhance your brand's unique, individual points in a highly sharable environment you can curate this fascination. The more people experience this fascination, the more they will be willing to pay for your product or service. Get this right, and you can charge 300% more and people will think they've got a discount. Win-win!

As we saw last week, many brands have sunk their teeth into the chance to come up with real time branded funnies during the World Cup. Paul Dwan, Head of Assets and Experimental at Coca-Cola, predicted that there would be approximately three billion consumers watching this year’s FIFA World Cup, and in the group stages 300 million tweets were sent with over six million using the #USA hashflag alone. If you're not careful then everyone will be talking about the football and not your brand, we can't have that can we? A good real time marketing strategy allows your brand to become part of that conversation, and the viewer’s second-screen experience. Situations like this are why 88% of digital marketers believe it to be vital to their efforts, and with good reason too. People are 22% more likely to consider a brand as a result of real time marketing and 20% of marketers who track ROI reported results over 75% with real time marketing. Marketers also believe it has the benefit of increasing customer experience, loyalty, and relevance. 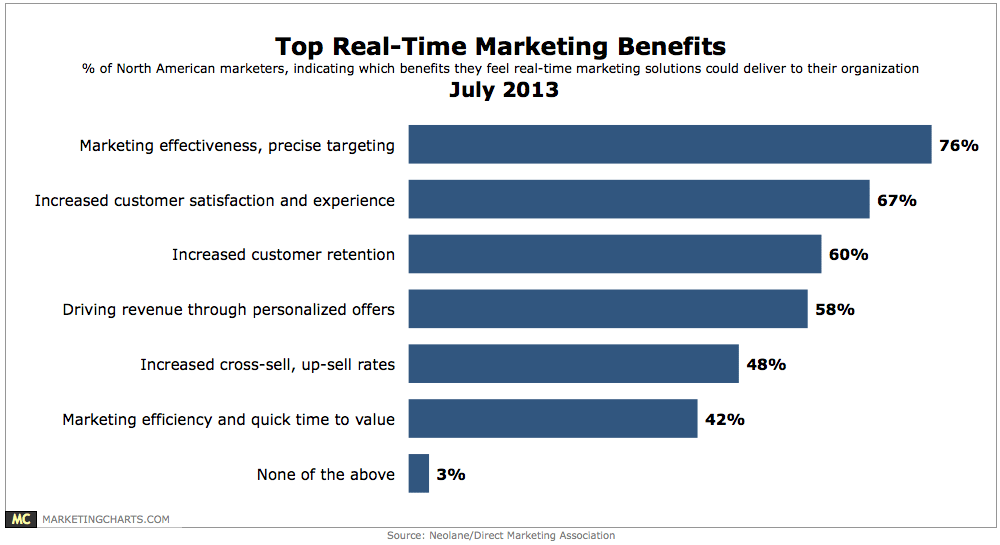 They believe it has a bunch of other benefits too.

5. A Search Engine With A Personal Touch

Turning up in a search on Twitter can be just as valuable as a well SEO’d Google search. Twitter recently reported that they deal with approximately 19 billion searches a month. Even if that figure is self-given it still indicates that there is a considerable amount of people using Twitter to search for information, news, people, or whatever else they desperately want to know about. Appearing in a search engine is usually the result of an algorithmically precise, surgically crafted effort. However, if someone searches a topic on Twitter and you come up then it’s often from a personal update that has been posted to an average of 208 other users. Millenials currently trust user generated content 50% more than other media, therefore a genuine recommendation from a customer is more likely to be valued than even the most lovingly scribed PR copy.

6. Advertise To ONLY Your Audience

Twitter can make every cent of your advertising campaign count, either by targeting people in an area, people using a particular device, or those who have expressed an interest in something you offer. Click-through-rates on Twitter ads are between 8-24 times higher than on Facebook ones, and this could be why more advertisers are planning to increase their spending on Twitter than Facebook.

7. Target The Best Times And Topics For Your Audience

Throughout the history of advertising, people have paid big money for the best times. You’ll pay more than $500,000 for a prime-time 30-second slot during an average Sunday Night Football broadcast, or as little as $200 for a lunchtime slot on a small local network. Similar examples could be made for print media, radio, and online. Twitter knocks that apple cart flying, you can get your message out in those key times for free. No group of followers are the same, so (without meaning to bang on about it too much) you can use our tools to get a detailed breakdown on how many of your followers are online at any hour of the week. If you know what your audience are interested in, some smart hashtagging (don’t look too needy) can greatly increase your reach into their consciousnesses as well.

Has someone gone nuclear on Twitter after being let down by a competitor? Time to nab them on the rebound! You already know they require a product or service in your field. See their complaint, offer a solution, and a new customer - who is clearly vocal on social - can be acquired. You can search manually to find people tearing into a competitor, or even save time by using Twitter marketing tools to help you dig deeper. Get as creative as you like when searching for negative terms, people can be colourfully expressive when brands burn them. To balance this, you can also find your satisfied customers and thank them, encouraging loyalty.

Have we missed a gold mine? What are some other ways of using Twitter to save or make money?

Previous Story
← Protected Tweets On Twitter: How Do They Work?
Next Story
10 Social Media Myths That Need To Be Busted →