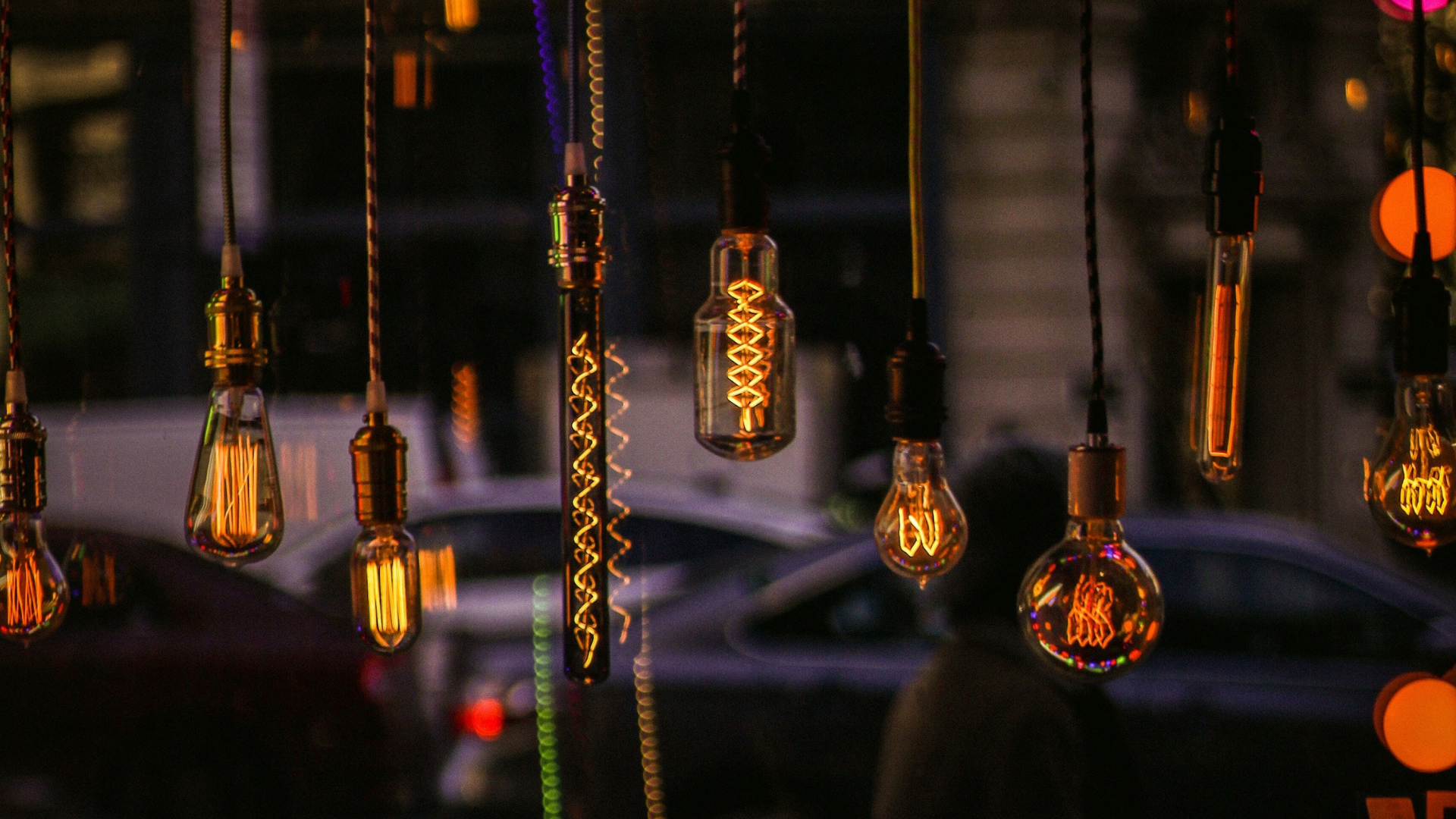 At the end of 2018, when The Drum published a list of the Top 100 independent agencies within the United Kingdom, a new need was born inside our minds: we need to know more about them. Beyond the economic-financial performance of these organizations and market trends, we wanted to know what attributes do the professionals of leading agencies have?

Would we be able to make a prototype profile of who the working professionals are in these organisations? This is what the Audience Intelligence report that we have generated with Audiense Insights has revealed, analyzing a sample of almost five hundred professionals working in these independent agencies in the UK. 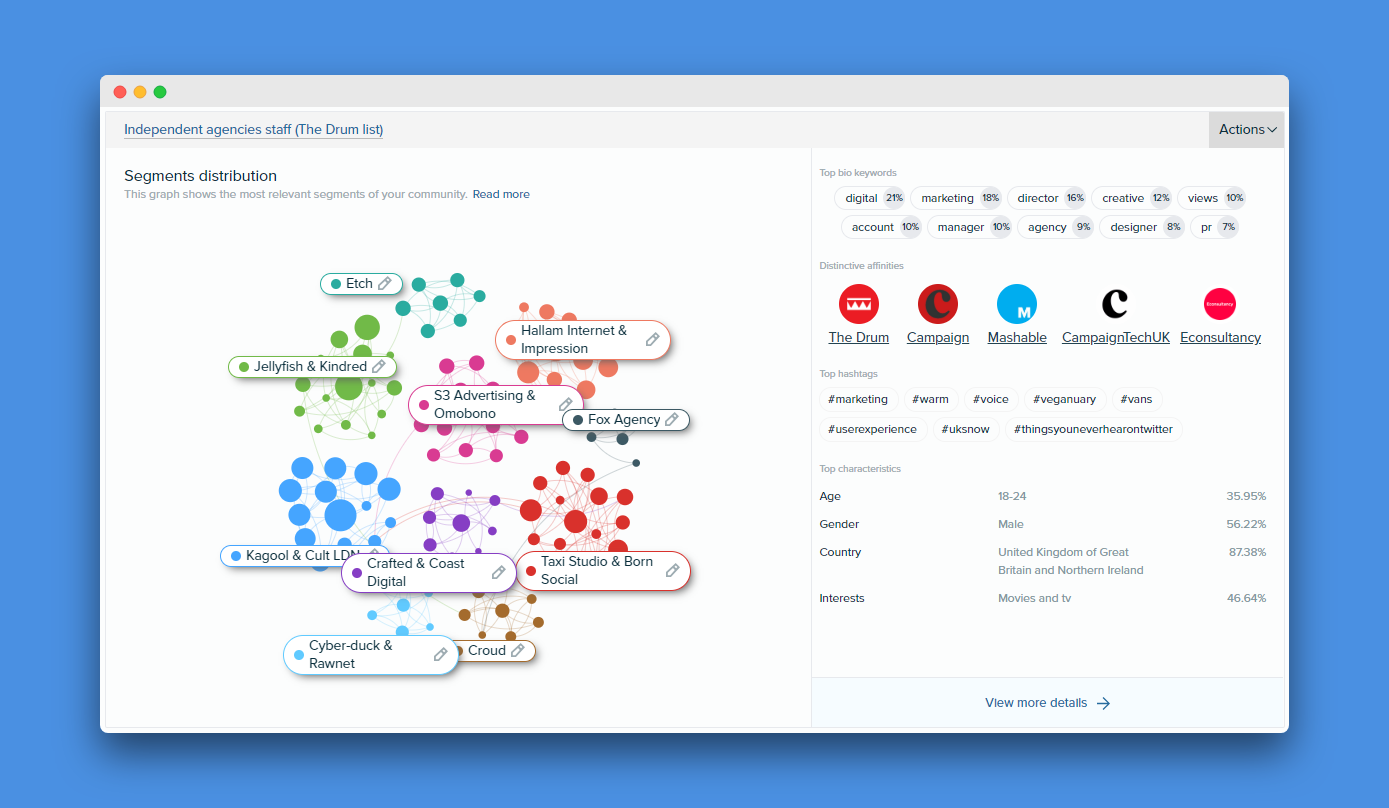 Are senior profiles or Millennials leading?

Older professionals are in the segments of Kagool & Cult LDN, where three quarters of their employees are between 35 and 64 years old and Etch in which almost all of their staff belongs to the age group of 35 and 64 years. 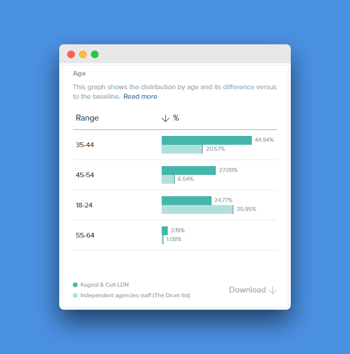 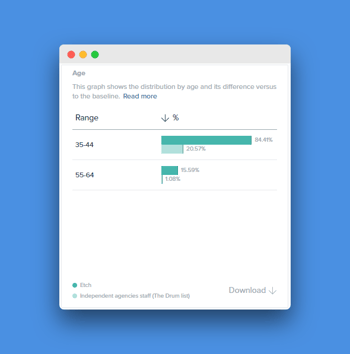 At the other extreme, the most youthful segments are that of Crafted & Coast Digital, in which almost 75% of its employees are between 18 and 24 years old, and Croud, where more than 82% belong to the same age range. 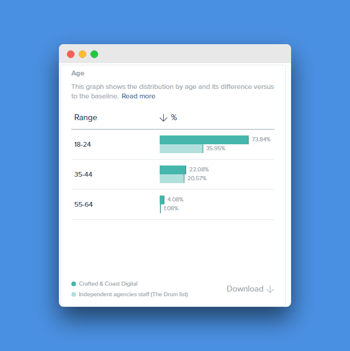 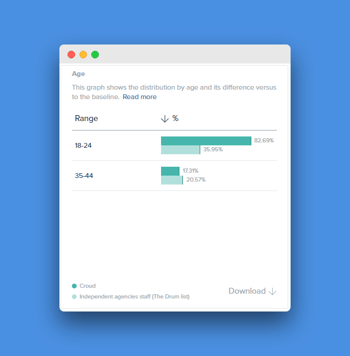 What are their favorite social networks?

If you were to ask who has the most Snapchat users, the Croud segment stands out, since they have the most affinity with this platform compared to the total sample. 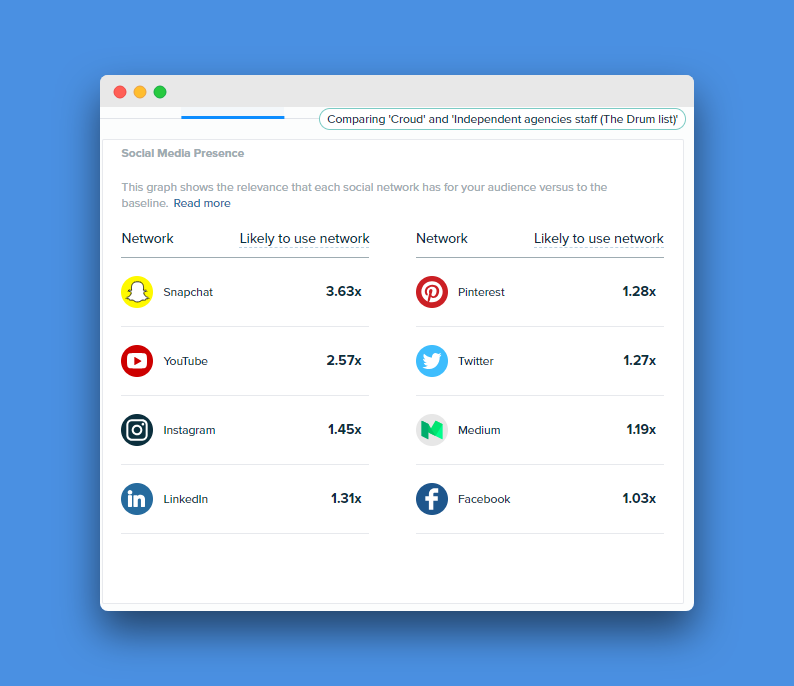 Interestingly, there are several segments with very marked affinities for certain social networks compared to the rest. The segment Jellyfish & Kindred is very Pinterest orientated. 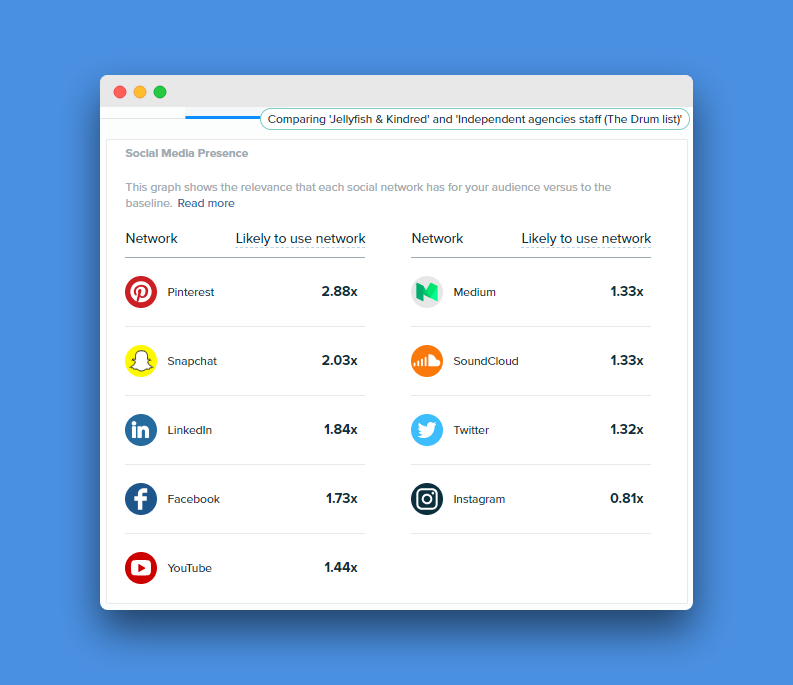 The staff of Cyber-duck & Rawnet are instagrammers above any other social network. 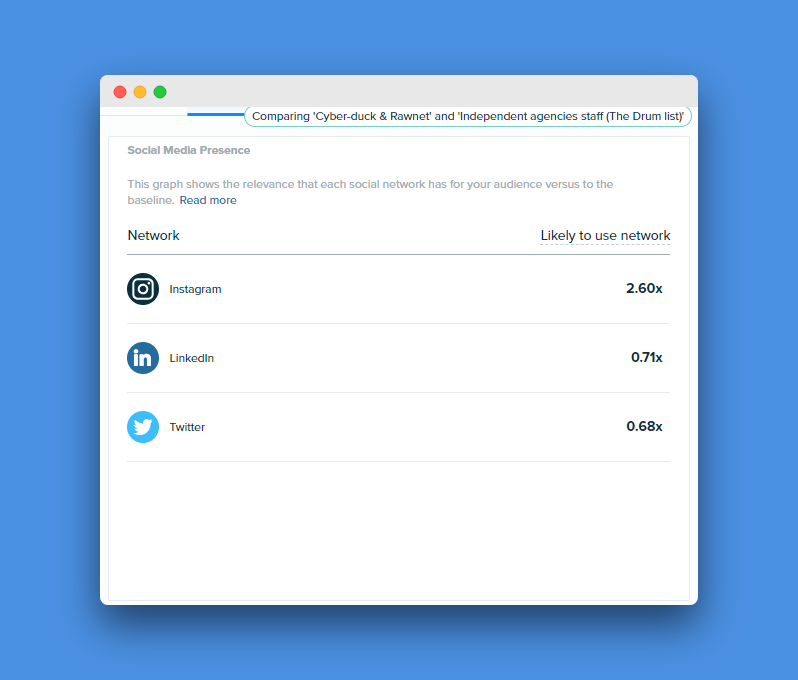 Agency, they are 4 times more likely to use LinkedIn than any other social platforms, compared to the total audience analyzed. 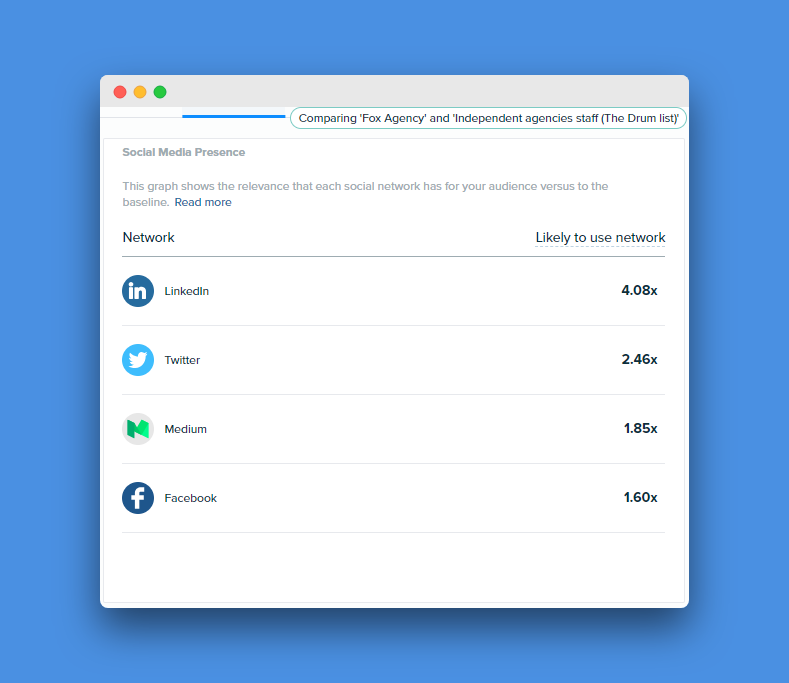 What is their personality?

The Hallam Internet & Impression and Croud segments are characterized by being composed of individuals with an analytical personality. Cyber-duck & Rawnet and S3 Advertising & Omobono are segments whose members have sociable personalities. While the professionals of the segments Crafted & Coast Digital and Kagool & Cult LDN have explosive personalities. And in Taxi Studio & Born Social and Etch they stand out for being sentimental.

Something common to all segments, however, is that they consider both achieving success and independence to guide a large part of what they do. It does not seem like a coincidence then that they are part of the most successful independent agencies in the United Kingdom, right?

And we could continue asking questions and more questions ... There are many insights we have discovered about the professionals of the UK indie agencies! In general, we could make a "picture" of the profile that works in these agencies, and corresponds to the persona that you can see in the image below.

Would you like to know in more depth the differences between these segments that make up this audience and discover, for example, that the staff of "Hallam & Impression" and "Crafted and Coast Digital" is much more interested in SEO than the other segments? Or that "Taxi Studio & Born Social" are the fans of creativity and design based on the influencers we have discovered for this segment?

In this case, do not hesitate to check the full report: in it you can uncover all the insights about the professionals of the independent agencies of the United Kingdom, dynamically comparing the data of the different segments or even comparing it with global audiences. You can even discover who are the most relevant and unique influencers for each segment just as we did to publish the Twitter thread you can see below.

As you know, we have analyzed the professionals of the UK indie agencies and we have shared the details in this week's post, but ... do you want to know who are the most relevant influencers for this audience? Let's unravel the thread!https://t.co/kjXeb4QQQZ

If you want to learn in depth about an audience that interests your brand, try Audiense Insights. Request your demo NOW and find out who they are!