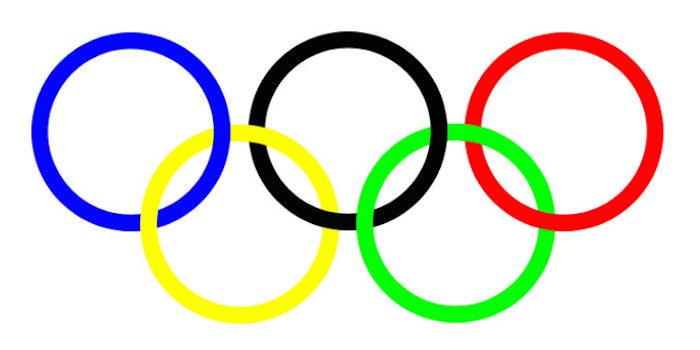 This August, 28 sports will be included in the Rio Olympic Games and fans from all over the world will be enjoying the second screen experience to be part of the party. The 2012 Olympic Games in London generated over 150 million Tweets during its 16 days, with nine different athletes receiving over a million Tweets, including Usain Bolt, whose 200m victory sparked over 80,000 Tweets a minute. Twitter’s active user based has doubled since then and approximately 800 million extra people are now on social networks, so we can expect even more social media data to analyse and act upon this year.

Official affiliation with the Olympic Games costs hundreds of millions, but the data provided by social media around the event still presents ample opportunities for brands to build significant market share in a sporting conversation before, during, and after the games. Sports clubs, clothing brands, broadcasters, FMCGs and more have a bigger opportunity than ever before to use the social data around the Olympics to their advantage. To match the five Olympic rings, here’s five ways for brands to create a strong footing to maximise their efforts afterwards to build lasting business in that market.

The whole audience for the Olympics will be global, diverse, and in simple terms, humongous. It may be too broad for your brand to target and connect with effectively. So before you build a strategy you need to be looking at the events, athletes, and brands involved so you can identify what social data parameters you need to be active within. You also need to consider languages, locations, and personality types to help ensure that any paid campaigns are optimised to deliver the best results. For example, did you know that at 69.3 million, the U.S. is the country with the most Twitter users?​​​​​​​ If the U.S. is your market, make sure to consider Twitter for your campaign.

You don’t need to win the gold medal in Hide n’ Seek to find an audience that you want to establish a stronger relationship with. Once you’ve decided who you want to reach, you can approach how you wish to achieve that. One way of doing that is monitoring how many people in an area have mentioned the sport you wish to target, or perhaps interacted with a campaign that has a similar target audience to yours. You can also look at those who are following a certain athlete, or have a particular sport/keyword in their bio.

To help understand how your Olympic efforts have performed, you need to know where you are with that audience when you start. It’s more than just looking at the number of followers you have. Once you’ve decided how you’re going to identify the audience you wish to connect with, see how many are following you, Tweeting you, or engaging with your content. Put these into Twitter lists for now, as you’re going to need them later to assess what the uptake has been during the games.

4. Analyse Who Your Activity Is Reaching

Once your strategy is in action, and driving results, it’s vital to keep an eye on the individuals that are engaging with your social marketing efforts. There’s no point connecting with thousands of people if they aren’t likely to be interested in your brand once the games are over.

If the audience is too large to effectively look at manually, then social analytics tools will be vital. They allow you to ascertain if your current strategy is connecting with the right people. A granular view on this data will show you the individuals you are reaching. On the other hand, a broader overview will then tell you what this group is like, and if it correlates to the audience your brand usually targets.

Why stop winning just because the medals have been handed out? An audience doesn’t simply disappear once the closing ceremony has finished. A post-event strategy that utilises social intelligence will help you tailor social activity for both new and existing fans with a clear touch point to build a relationship upon. All of the people who have Tweeted about the games would’ve shown interests, characteristics, or preferences that can be utilised by performing highly relevant campaigns targeted at these people.

You can look at the new fans you connected with by searching for followers, retweeters, or people engaging with you at the end of the games. To isolate who is new, you can then remove the baseline lists you created earlier. You may want to perform different follow-up campaigns to those who are newer to your brand compared to those who were already publicly engaging with you.

The NBA’s Golden State Warriors are in a firm position to build their presence in the Latin American market this Summer, as two of their players are expected to compete for the home nation in Rio. A strong showing from the national team has the potential for a positive knock-on effect for the Warriors that could add to the 14000+ followers they already have in Brazil alone.

After the Olympics, they could check how many Brazilian followers they now have. This allows them to isolate that audience of new followers for targeted follow-up campaigns to help introduce them to the brand. This will build brand loyalty, increasing the Warriors’ ability to drive revenue from them with later campaigns. The ongoing connection with this audience can also be leveraged for local sponsorship opportunities. They could also do similar with people in that market who had Tweeted about basketball, @NBA, or one of their own players during the Olympics.

How are you looking to involve your brand with the Olympics?