In May of this year, Dr Barry Gale became an unlikely star in the eyes of football fans on social media. Southampton Football Club’s new Player Integration Officer (played by comedian Tom Davis) lead one of the most socially successful kit launches in a campaign that humorously overplayed the importance of the kit’s iconic stripes. It has picked up a string of accolades, including scooping the Best Sports/Leisure/Travel Social Media Strategy award at this year’s Social Buzz Awards.


The campaign received international acclaim for Southampton’s kit launch, driving a level of awareness that even some of the biggest premier league clubs would be envious of. To give you exclusive insights into the campaign, Simon Bristow of Mischief - the agency responsible for the campaign - spoke with us about the role Twitter played, what gave them the inspiration for the idea, and how the club benefitted from it. Learn how to lace up your boots and earn your social stripes: 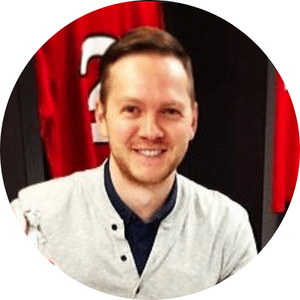 Question: How did you set up the team who worked on this campaign?

Answer: With exactly one month from the initial briefing to the date Southampton FC wanted the campaign to launch, we had to create a working group between Mischief, Saints’ marketing and communications teams, as well as our chosen video production agency (Black Shark Media). The fluidity between the three groups - with clearly defined roles - allowed us to work quickly and nimbly in order to deliver the campaign. From a Mischief perspective, we used our creative and strategic resource in the development stage before the core team took the lead on executing the campaign.

Q: How did Southampton Football Club help you in the creation of the campaign?

A: As with all our clients, we worked in partnership to deliver the campaign with Southampton FC being integral to the quick turnaround and ultimate success. We understand the complexities of working with a Premier League football club and so we were working as a fully joined up team at every stage of the process, with clear timelines and approval requirements put in place. Saints were also instrumental in getting the buy-in from the players, manager and senior personnel.

It’s a busy day for Dr Barry Gale. First up is an appointment with @KitmanForbesy. #ShowYourStripeshttps://t.co/IkommyYqVS


Q: Where was the inspiration behind the creative angle you took with the #ShowYourStripes campaign?

A: We decided to play on the unique connection football fans have with the colours of the team they support – the role those colours play in fans’ lives and the bizarre ways that fans embrace them, from painting their front door to tattoos and the massive collections of old shirts. With Saints, it’s all about the famous red and white stripes which led us to the concept of asking fans to ‘Show Your Stripes’. Whilst we knew this would give us the fan interaction, we also knew we needed something bigger to explode the idea. We came up with the mockumentary concept because a new kit is, most of the time, pretty much identical to the last one so we thought it could be quite funny to have the club employ a colour and pattern psychologist to help with the ‘transition'.

Q: Why do you think this campaign performed so well on Twitter?

A: Our insights show how important social media is to football clubs and football fans. You see a football related trending topic of Twitter everyday and social platforms are how fans share their views and things they like. The campaign was constructed to allow us to leverage this – with Twitter, Vine and Snapchat being our core channels as well as YouTube. By initially igniting the #ShowYourStripes conversation, getting fans talking and then releasing the hero content we knew we had an approach that would work well on social and be relevant to the audience.

There's one last appointment for Dr Barry Gale before his week is over. It's time for us to #ShowYourStripes.https://t.co/xlFKpDDv4W


Q: Why did you choose to give Twitter such a prominent role in the planning of the campaign?

A: The campaign relied massively on the reach and nature of Twitter with all phases of the campaign being launched through this platform and then stretched to other social channels and traditional media. We knew that’s where Saints fans, general football fans and the football / marketing industry were playing and so leveraged the platform accordingly. All our content was designed to create conversation and work on Twitter first, with it directing people to e.g. YouTube for the bigger pieces of content."

Q: What sort of day-to-day management was needed on social during the campaign?

A: This was a case of being thorough with our planning to ensure we could work quickly and nimbly come the execution. Saints have a great internal social team and we worked with them to put a content programme in place for the campaign – factoring in all the traditional news the club would also be putting out in the execution week. As the campaign was being rolled out, both sides were on the watch out for interesting social interactions (e.g. players, former players and media) that we could leverage to increase the overall engagement and success.

Lots of you seem interested in our new kit. In the meantime, why not #ShowYourStripes? The best photos feature here – http://t.co/FuHSKRX2gj


Q: What extra benefits did the international virality of the campaign bring to the client?

A: The international exposure drove increased conversation and fame for the campaign and for Southampton FC. A smaller objective for the campaign was to increase Saints’ global status, so that was certainly aided by the international reach. We also know of at least one Spanish and one Dutch club that contacted Southampton FC asking if they could use Dr Barry Gale to do something for their own stripes…

Q: What metrics were you using to measure the success of the campaign?

A: In terms of business impact, Saints wanted the campaign to drive shirt sales – which we smashed with a 20% increase of sales on the club’s previous best kit launch. The other key deliverable was setting a new benchmark for how clubs launch kits – and make everyone a little jealous of Saints’ innovative approach. The media loved it too – with the Metro headline being one of several articles that acknowledged Saints for having ‘the greatest media team in the world’. Finally, there was incredible fan engagement – and not just Saints fans – with Reddit and fans forums around the country full of praise, even Portsmouth FC fans begrudgingly acknowledged its brilliance.

Q: What other key results did the #ShowYourStripes campaign achieve?

A: There were 121,600 impressions from its Twitter account and 261,818 Vine loops were viewed. In total, across club channels alone the campaign reach was 1,445,353. There were over 100,000 organic views of the main video in the first 48 hours. But that’s just facts and stats. The real success of the campaign is demonstrated in the way that Saints fans took it to their hearts. Dr Barry Gale quickly became a hero on a par with José Fonte and Jay Rodriguez. The fans even adopted one scene, where Dr Gale talks about the ‘High Press’ being a salute to a teammate, and began using it as a formal greeting for other Saints fans - months later it’s still being used. Fans also created unofficial Dr Barry merchandise, with t-shirts and key rings produced adorned with the face of their new hero. Dr Barry even gave a rousing speech and received a standing ovation from 32,000 adoring fans at St. Mary's on the final day of the 2014/15 season.

Make sure you #ShowYourStripes at St Mary's today. Dr Barry Gale will be in attendance, and he's got his eyes on you. pic.twitter.com/iwqH7CvuiF


Q: How do you see this affecting club kit launches going forward?

A: In all likelihood, I think that the next time a club or PR / marketing agencies are brainstorming ideas to launch a new kit, they’ll reference ‘Show Your Stripes’ as the benchmark for success. The idea has shifted the landscape for how clubs can approach a kit launch and the results speak for themselves, which goes to show that clubs should be more ambitious with the way they unveil their latest strip. The campaign only cost £40,000 in total and with Saints recording a 20% increase in shirt sales on their previous best kit launch, it represents a significant ROI.

Want to hear more insights and opinions from digital marketing and social media professionals at some of the world’s top brands and organisations? Check out the other social media interviews in our Spotlight Series, including NASA, Paddy Power, FIFA, Pizza Express, and many more.