Airbnb was recently awarded as the Most Meaningful Brand by The Drum and Havas Media Group in The Drum’s Marketing Awards. In the past few years, Airbnb has become a force to be reckoned with, especially in their marketing campaigns. With their #NightAt franchise, and #BelongAnywhere campaign, the home sharing website makes it a point to spread their net far and wide across social media, while keeping other channels in mind.

We spoke to Holly Clarke, Airbnb’s EMEA Marketing Manager to get an understanding of how they run their social media, and what it takes to be a meaningful brand.

Audiense: What's the makeup of your social media team?

Holly: We have a Global team in San Francisco, myself the EMEA lead and then two further EMEA social marketing managers. We also have country social marketing managers for France, Germany and UK, and then a translations team who works on the other markets. In Dublin, we have a social inbound team who work on any questions people have on social, as well as all engagement. 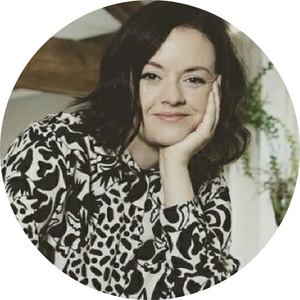 Audiense: What's your social media strategy, and how important is Twitter in the wider social strategy mix?

Holly: We have a channel strategy, and then from that we can generate channel specific approaches to a few workstreams. These workstreams are campaign based, or 'evergreen' strategies or franchises such as #TreehouseTuesday or our #NightAt franchise. In EMEA Twitter is most relevant in UK, and less so in our other markets. It's nearly always part of a strategy but much more skewed towards timely, newsworthy content.

Congratulations to our #NightAt Shark Aquarium winners! Alastair from UK, Kimly from US and Tang Di from China. 🎉

Audiense: How does the EMEA strategy differ from the rest of the world, if at all?

Holly: We try to create locally and elevate globally - this is especially important as we're a travel brand. Our followers are interested in content from all around the world, so we want to make sure we're allowing local teams to create this. As with any global company, each market has its own social media style so we have a 'freedom in a framework' style model for localisation. This means setting what the campaign or content should and shouldn't be about, but giving the local teams bandwidth to make it work for their market.

Audiense: How dependent are you on social media for your wider integrated campaigns?

Holly: Social is a key component in every marketing campaign, and we're starting to think social first too. This means social shares might be the main outcome of an activity, but it involves the marketing, comms, experiential and partnerships team to deliver this. Just because a campaign has a social KPI, should not limit the content to be just living on social.

Audiense: In light of your recent campaigns (Live There and Belong Anywhere), how do you use storytelling in social media?

Holly: Storytelling is at the heart of everything we do. Airbnb is a community of guests and hosts, and people love Airbnb for each unique experience this offers. Telling our host and guest stories are our first approach to creating a campaign, whether this is integrating a larger campaign or starting a-fresh.

Our recent campaign aimed at bringing on new hosts is a prime example of this. It features real hosts from the markets we're looking to build, telling us what being an Airbnb host has allowed them to do. The social videos were particularly successful from this, so much so we up-weighted the campaign so we could distribute these videos to a wider digital audience.

The only way to experience a city is to #LiveThere. Even if it's just for a night. pic.twitter.com/DK9N7kCznQ

We've updated things to help you #LiveThere, no matter where you go.

Audiense: Finally, what does it mean to be a meaningful brand in today's social environment

Holly: Being meaningful means we're telling the right stories, and what we're saying is really resonating with people. But for Airbnb, this is something every part of the team lives and breathes. We're more than just a brand, we're a community and a movement - creating a world where everyone can feel like they Belong Anywhere. Having this message at the heart of everything the business does and every experience with the brand makes it really easy to tell moving and authentic stories on social. You just have to be great at curating!

Have a look at our other social media interviews with brands such as Accor Hotels, Southampton FC, Benefit, and NASA.