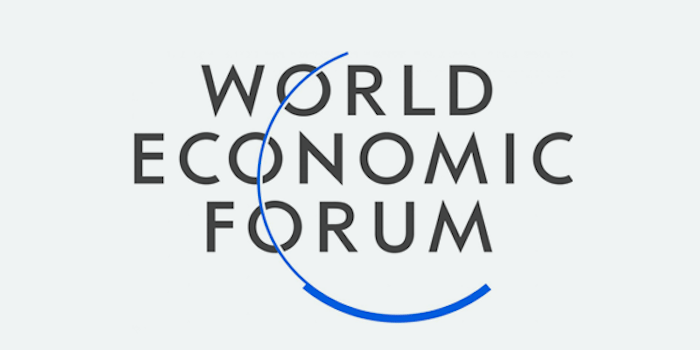 It's no surprise that an account like the World Economic Forum, where the world's leading thinkers contribute their thoughts on major topics, has racked up nearly three million Twitter followers. Its 45 year history of bringing business, political, and social leaders together to try and improve the state of the world has led to it being one of the world’s leading NGOs on social media. The big question is, what do they do when they’ve gained such an audience and what's the social media strategy to keep them engaged?

We spoke exclusively to Henry Taylor, social media producer at the World Economic Forum to find out how they implement a social strategy into their meetings (such as the annual gathering of global leaders at Davos), the ways Audiense helps them manage and analyse a diverse mix of Twitter users across the globe, and use social to help their content strategy react to ever-changing global issues.

Taylor: “The biggest reason for us to use social is to provide a window into what we do and try to achieve by bringing people together to discuss some of the biggest problems that the globe faces. Our basic mission statement is that we’re committed to improving the state of the world. The way we do that is by mixing public and private cooperation between organisations. Our main activity on social media is promoting content from our blog, the articles are written by stakeholders with knowledge or influence in one of 10 global issues that we want to raise awareness of and do something about.

We also have several big meetings throughout the year, such as our main one in Davos, where we bring those stakeholders, academics, business leaders, and leading figures from politics to discuss those topics. So a lot of our content that we publish on social media is based around those meetings, encouraging members of the public to watch live and get involved.”

With an objective like this, how do you measure the success of your social activity?

“For the digital media team we effectively act as a publisher, so we look at many of the same KPIs and metrics that a publisher would monitor. We look at unique views, time on page, number of sessions, and a lot of stuff in Google Analytics. To help understand what’s working we’ll look at cumulative shares across social networks, Retweets, comments, and other things that signify an engagement with our content.

The trouble with some of these metrics, is they don’t always give you a lot of detail on first glance. If someone like Paulo Coelho retweets us, that’s great as he’s got over 10 million followers and is a particularly important influencer, but who are we then reaching? What sort of people then engage with our content? This is where social marketing platforms like Audiense can be very useful, as we can get a clearer idea of who the content is connecting with and identify influencers who are engaging with these Tweets.”

How do you ensure that conversations are happening around your work?

“We do a lot of DM campaigns around certain major reports, such as the Global Gender Gap Report. Every year it gets picked up by major publishers and this year the BBC did a whole month looking at the gender gap around the world, kicked off with a collaboration with us. We used the Audiense platform to reach out to journalists and people in the media to build interest in the report in the weeks leading up to its release. It gives them time to work with us, dive into the raw data, or get embargoed copies of the reports so they can prepare content on it.

We’ve found that people responded to these quicker than they would if it were an email. Journalists from organisations such as Bloomberg, BBC, and CNN would message us back requesting copies of the report, which would then be used in their coverage. We could definitely see a direct feedback loop between these DMs and the journalists reading the report, and Audiense definitely assisted us here.”

What’s the difference between your regular day-to-day strategy around Davos, and during the rest of the year?

“Davos, and our other meetings, involve webcasting, which we don’t do throughout the year. We conduct a lot of talks and discussions at these events that everyone is welcome to engage with, and we want the world to build on the conversation so we webcast them. Our social aspect revolves around highlighting both the availability of these talks and the importance of the issues covered in them, and engaging the audience in the sessions themselves by calling out for questions and putting them to the panel, developing direct Q&A sessions on Twitter and Facebook live, and providing as much interaction between the participants at our meeting and the global engaged public as we can.

We tie the audience in with major news stories, or highlight the work that the speakers involved have done. Blog content also ramps up around these meetings, as we look to invite thought around the issues and cover some of what was said by hugely influential people within their field. This activity also utilises social heavily as an awareness and promotional tool.”

When you have influential speakers or writers involved in your events or content, how do you look to engage with their communities?

“When there’s people like Leonardo DiCaprio on board, it would be crazy not to look at ways to engage with their followers. He’s devoted a lot of his time to trying to tackle climate issues, so he’s built up a strong audience in that area and the Audiense platform means that we can analyse people who follow him for researching our strategy if necessary. The author John Green was also a good example, his team were really keen to get on board before, during, and after Davos around promotion of content. John came, and got some really good insights from our meetings, which went on to help create content for his YouTube channel and helped inform him of angles that he could promote his WEF blog with.”

Are there other ways that social media impacts your content strategy?

“Looking at what’s trending helps inform the articles we’ll be sharing that day. It won’t be the sole decision maker for our content sharing strategy, but it would be silly to ignore an issue when people are talking about it and we have insightful, relevant articles written by experts on those issues.”

How did you use the Audiense platform in your social strategy around Davos?

“During Davos, and other big meetings we used it daily. Hashtag monitoring is super useful for us around any event, and Davos this year was no exception. We also got direct feedback on how our overall strategy was working by monitoring our account following before and after certain activities.

Around Davos we used Audiense to upload a list of all participants coming to the event that had active Twitter accounts. We made the list public, and pointed journalists to it who were interested in sourcing content from the event to include in their coverage. These always gain a significant number of subscriptions from key journalists. Without Audiense, it would be really frustrating to have to perform this task manually.

Discovering important influencers and Twitter accounts who engage with our conversations throughout Davos is another important task. Audiense allows us to do this efficiently too. It gives us a qualitative aspect of community analysis, as well as account comparison and benchmarking against similar organisations.”

What was the challenge that initially lead to you choosing Audiense?

“The ability to accurately send targeted DMs en masse was a major use for us. We also liked that there were a lot of powerful audience analytics that we could unlock, as well as unfettered access to all of Twitter. I now use hashtag analysis a lot for our big meetings, and run reports on them to present and analyse our performance. A benefit we later discovered was the ability to export the raw data to excel, this allows us to dive in and analyse results in a way that a simple PDF document can’t. Audiense ticked all the boxes we were looking for across both micro and macro social analytics.”

Once you’ve compiled lists of influencers, what do you do with them afterwards?

“One of the things we do afterwards is we take the Twitter lists of influential Twitter accounts we made in Audiense, such as those in our Forum of Young Global Leaders or people involved in the climate community, and plug them into Nuzzel to see what content particular groups are sharing. This is vital in taking a pulse on what certain important groups are talking about, ensuring that we’re covering the issues the matter to them and gives us fuel for discussions that people care about. Without Audiense and the ability to easily manage, segment, and upload those lists, performing this task would be a lot more scattered and arduous.”

When implementing a marketing tool into your team, what process do you go through?

“Before we even get involved, we usually have an idea of the product we are looking for. I keep an eye out to see what marketing tools are offering new solutions, even if we don’t need them that second it’s good to keep tabs on them for when we do. Often when trying out a tool I realise it can do what the team needs it to, but not on a free plan. So I’ll usually look to arrange a trial of the software to get a feel for what it can do, if we can see it’s likely to have a long-term continuous benefit then we’ll look at investing in an annual contract.

Once I’m satisfied that it will be a worthwhile addition to our team, I’ll pitch it to my boss and hopefully we’ll sign up. When we’ve signed up, we’ll actively monitor how much we’re using the tools and how they’re performing to ensure we’re getting a good ROI. As a non-profit we can’t waste money on tools that we’re not using, so we ensure that all of the team are trained in using the tool and how to get the best results from it.”

What do you think is the future of NGOs on social media?

“Consumption trends among audiences are changing, so there’s a constant need to be agile in your approach. It’s vital to experiment with platforms, with content delivery strategies, and ways to reach the audience. I don’t necessarily think the NGO sector overall has as strong a handle in that aspect compared to publishers, where they have ad revenue driving the urgent need to keep the audiences engaged. To ensure we’re telling the best stories, and raising awareness of the problems we want to talk about, this social agility is an area where the sector needs to step up.”

Want to hear more insights and opinions from digital marketing and social media professionals at some of the world’s top brands and organisations? Check out the other social media interviews in our Spotlight Series, including NASA, O2, United Nations, Pizza Express, and many more.