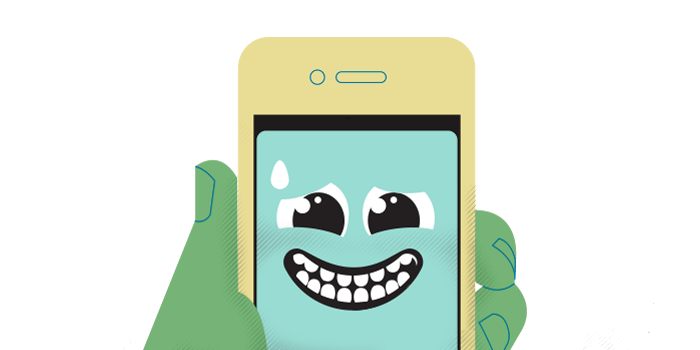 Sorry seems to be the hardest word on Twitter. Well, it’s easy to say sorry, but knowing how to say it effectively on Twitter is an essential skill that both brands and celebrities should learn. We've compiled a list of some of our favorite dos and don'ts of Twitter apologies! How (not) to say sorry on Twitter: 11 lessons for brands, celebs and teenage girls who make bomb threats to airlines.

We all have to say we’re sorry now and again. Usually it’s for being five minutes late; sometimes it’s for a gross lapse in judgement revealing a serious deficiency of character (“awfully sorry I slept with your sister, I was blind drunk”). Thankfully, unlike brands and celebrities, we don’t usually have to apologise in the very public arena that is Twitter. For them, Twitter is the stocks, and the gallows. Saying sorry effectively on Twitter is of utmost importance to the management of a corporate or personal brand.

Twitter is now a central channel for customer service, so some brands say sorry a lot on it. While celebs are less likely to apologise (they’re not usually as concerned about good customer service), they have a brand to uphold just the same. The bigger the brand, the more famous the celeb, the greater the number of followers, the greater the potential for a public PR meltdown, and the greater the need to learn some important lessons of how to apologise and put an unfortunate, embarrassing and damaging situation to bed in a maximum of 140 characters… before it goes viral.

So, what can we learn from the way brands and celebs have apologised on Twitter for their gaffes, misdemeanours and, perished the thought, honest mistakes? Here are 11 lessons on the art of the Twitter apology.

In quite possibly the biggest Twitter gaffe of the year so far, US Airways – obviously a very large brand, made a VERY large mistake. Responding via Twitter to a woman who complained about a delayed flight, US Airways thought they’d sent the customer a link to their customer relations team, but (and this really is a huge but!) they’d actually sent a link to a rather graphic image of a lady doing something somewhat unorthodox with a model aeroplane.

NSFW indeed. As the image was on full display in the tweet, all the airline’s followers saw it. Shortly afterwards, US Airways sent it to a second complaining customer. Not unsurprisingly, the image got retweeted a few times. Ok, it went viral, as in completely off-the-scale viral. It wasn’t a good situation for US. They apologised. What else could they do?

If it’s an honest mistake, no problem (apart from being a mortifying PR disaster), that’s life. The best way to apologise is usually just to hold one’s hands up and say “mea culpa”. Making excuses could be worse for your personal brand, especially if you are later exposed as a liar.

2. Ensure there is a system in place so you don’t get in a situation where you have to apologise

Perhaps it’s an obvious point, but all this can be avoided (honest mistakes aside) if you resist doing something so damned stupid that it is inevitable that you’ll need to make a snivelling apology - such as making a hoax bomb threat on Twitter. This is never a good move, even if you are just a teenage girl from the Netherlands. Even using the usually-reliable OMFG won’t be deemed a sufficiently serious apology in the light of committing a criminal offence. We’d love to see a brand try the ‘I’m just a girl pls’ line. 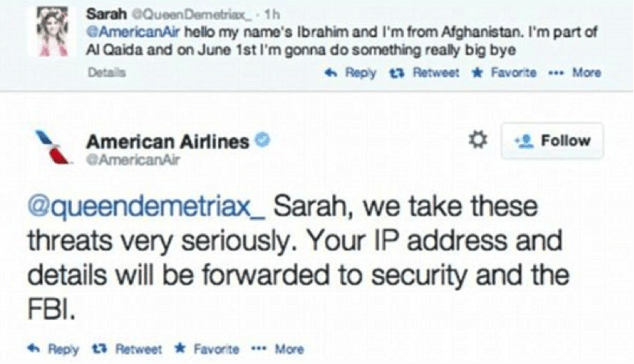 Although, it's unlikely a brand is going to tweet a bomb threat without realising the consequences it may have, make sure a system is in place to minimise the likelihood of such mistakes happening. While many brands out-source their social media account management, it’s best to keep a close eye on what’s going on to reduce the risk of mistakes. Especially don’t leave it to an unpaid intern, or even worse, someone who has the ability to live tweet their sacking from the company.

3. Stay on-topic (or just keep your opinions to yourself)

No matter how desperate you are for engagement with your users, or to gain new followers, don't force it. Don't try too hard to be funny. Resist the temptation just to tweet about something that has no obvious relevance to your business, just so it will get picked up. Celebs treat almost anything as relevant, from politics to the latest Kimye news, but if your trade is in domestic appliances, resist tweeting jokes about Obama’s late grandparent.

In the case of US Airways, it was easy to be sincere. It really was an honest mistake - apparently, the link had been flagged as inappropriate but somehow got on the wrong tweet. (It wasn’t all bad. As a result, they gained about 20,000 followers).

But it’s easy to apologise for this kind of mistake. You have nothing to hide. But if you’ve done something bad, try your utmost to appear sincere. If you've offended people and are genuinely sorry then say it like you mean it. It’s easy to lie, in the twittersphere no-one can see you smirk, so don't apologise just because someone is telling you to.

Ok, you made a mistake, you apologised, but you’ve got to get back on the bike. US Airways felt the fear and didn’t do it again, but social media silence speaks volumes about your brand. Their radio silence on Twitter since the 'tweincident' is questionable, they're not guilty of anything other than a simple human error so continue business as usual. It’ll look like you’ve gone in a huff like a stroppy 13 year-old. So get back on Twitter, launch a new social marketing campaign to move the brand forward, maybe poke fun at yourself by referencing your mistakes. Life goes on.

People want a (big) head on a plate, so give it to them, albeit briefly. The CEO can get back to work, but if it's one of those 'so bad it'll never be forgotten' kind of situations it’s best to say you’ve fired the person responsible, even if was the CEO.

If holding your hands up (see no.1) doesn’t appeal (does it make you think of firing squads?), you need a good excuse. It seems like a common way to deal with a crisis is to blame a lowly staffer for the error (even if it was a strategic high-level decision). For example, The Onion’s infamous use of an extreme profanity in their 2013 Oscars commentary was not well received. They blamed the person responsible, using the classic phrase ‘not representative of the brand’. As it turned out, The Onion did alter their editorial strategy so as not to do this kind of thing again, so maybe they learnt from their mistake?

8. Don't fake it. Apologise without reservation

Yeah, right. You can do this in various ways. i) Look over there! Appear to apologise without reservation, but smokescreen it by distracting attention to another issue, like those nasty people who exaggerate stuff:

or those much-better-than-me people – look at them:

ii) Grudgingly apologise, then clear your character with a long-winded explanation pointing to tenuous evidence to exonerate yourself: I'm not racist / sexist / some of my best friends are gay etc etc.

9. When you're apologising for plagiarising someone, don't plagiarise AGAIN.

It is unlikely that anyone (but Shia LaBeouf?) would try this tactic, but it’s hilarious. It's like saying 'Soz, not soz'. Oh how we pity his PR team.

10. Don't use paid media to increase the reach of your apology

Let’s leverage this! Mountain Dew pulled ‘arguably the most racist commercial in history’ then bought Promoted Tweets to increase the visibility of their apology. This could be viewed as Mountain Dew simply wanting to apologise to more people, or as a cynical way of increasing the reach of their brand and undermining the sincerity of their apology. Either way if you think there are two ways your audience could take it, for example some may have seen the apology and thought 'Oh how nice of Mountain Dew' or the alternative 'Wow they're capitalizing on a bad situation' maybe it's just best to steer clear.

Previous Story
← In The Spotlight: Taco Bell's social media strategy
Next Story
Are Social Media Careers On The Road To Nowhere? →