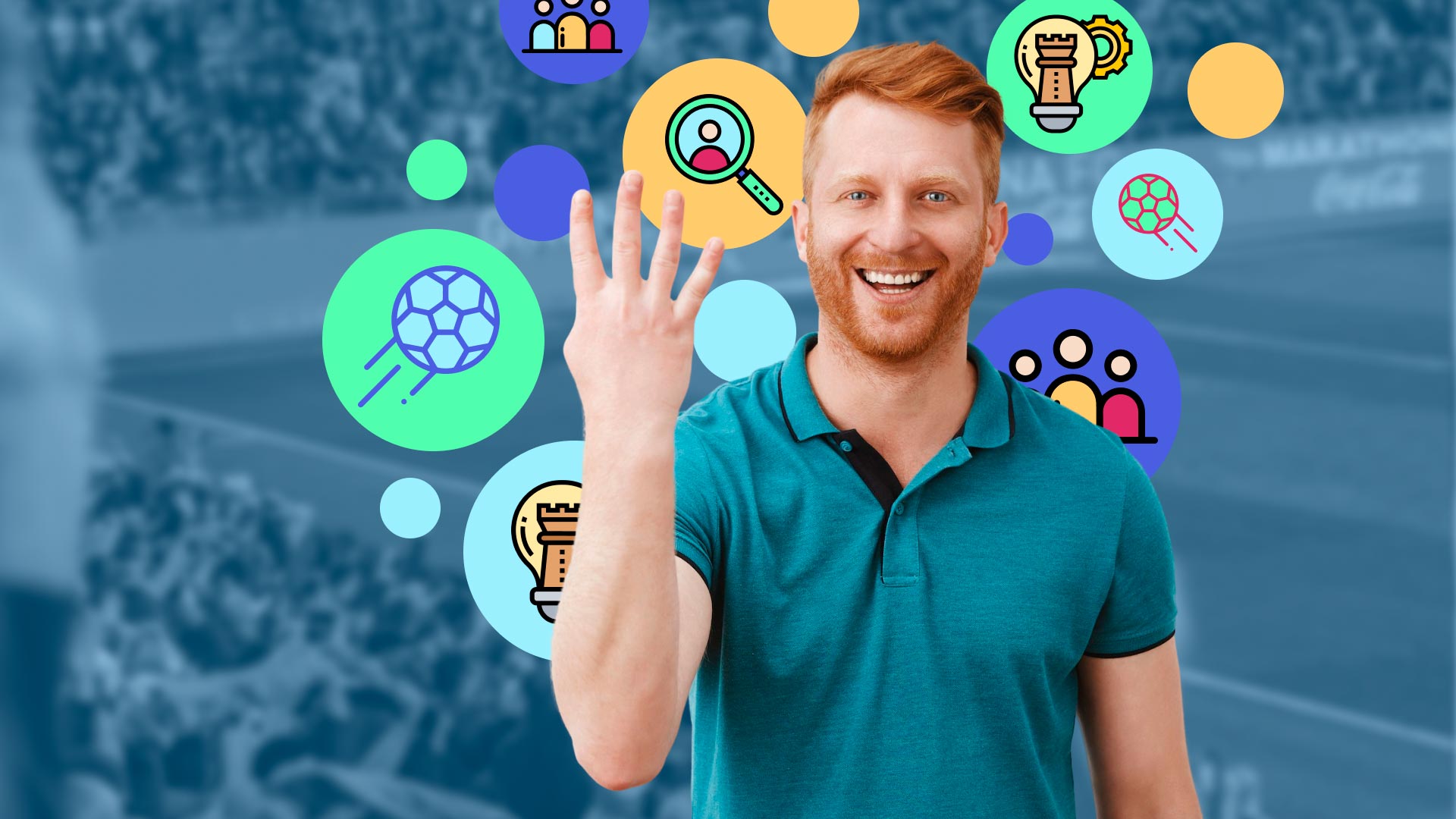 As one of the biggest sporting events in the world, the 2022 FIFA World Cup is slated to draw in billions of viewers worldwide. With a majority of audiences tuning in from home instead of watching in the stadium, there’s bound to be a lot of social media activities and conversations happening around the event.

In fact, during the 2018 FIFA World Cup, Twitter reported an impressive 115 billion impressions of Tweets surrounding the event. With most of the Tweets coming from Brazil, brands like Budweiser, Adidas, Coca-Cola, Nike, and Apple became the most-discussed brands on the platform.

Owing to the massive audience base, there’s no denying that the World Cup can bring plenty of exposure to brands. However, not every brand has the budget or resources to shell out thousands of pounds for an official ad spot. Reports claim that a 30-second ad slot during a high-profile England game would cost advertisers as much as £500,000.

The good news is there are still plenty of opportunities for brands to command significant market share in relevant conversations surrounding the event. It’s all about using the audience data around the World Cup to your advantage so you can discover opportunities to drive conversations and engagement. Here are four ways to leave a lasting footprint in the market during the World Cup.

1. Understanding who you want to reach

Remember that the World Cup is…well, a worldwide event, which means the audience will be beyond massive. It’ll be made up of a global and diversified group of consumers, meaning it’ll be too broad to target. You can’t possibly build a connection with each and every one of the billions of viewers.

So it’s best to start out with a clear idea of who you want to reach, which will allow you to build a strategy to best connect with them. This would involve defining what the target audience looks like. For example, you may want to target fans of the U.S men’s national team who speak English. In that case, you might want to focus on social media platforms like Twitter, Facebook, and YouTube, where those fans are the most active.

2. Getting to know your target audience

Once your target audience is defined, the next step is to better understand them so you can figure out how to build a stronger relationship with them. This may involve monitoring what discussions they’re having about the event and where those conversations are taking place.

It’s a good idea to look at people who are following a specific athlete or have a particular keyword in their bio. You can also get more granular by looking at those who are mentioning a specific player and the sentiment behind those mentions to better understand their preferences.

For example, although Neymar may be the most iconic Brazilian player currently, you might notice that those who have “Manchester United” in their bio may be bigger fans of Antony.

When it comes to getting to know your target audience, audience intelligence is one of the most powerful tools in your marketing arsenal. Audience analysis is the process of collecting as much information as possible about your audience to better understand who they are and what they care about and it can help brands reach the right people, with the right messages, in the right place and the right time.

Tools like Audiense can help you conduct in-depth analysis of audience data to unlock new insights for your campaigns. For example, sports marketers can use audience data to understand how fans perceive their brand or club, the channels where they’re most likely to engage, and the conversations that matter to them. Brands can also monitor hashtags associated with the sport, team, events and athletes to discover new users and engage in discussions with their target audience.

Understanding your audience can also spark creative ideas, especially when faced with challenges. For example, we recently analysed how sports brands are reaching consumers in a changing climate, given that  86% of US consumers now expect companies to act on social and environmental issues, whether that’s adjusting their business practices to be more sustainable or speaking out on relevant issues that matter to their customers.

Before going forward with any strategy, it’s important to know where you currently stand. This is crucial for assessing what difference the strategy will make on your current performance. It helps you to understand whether your efforts paid off or whether you’d need to make any adjustments.

This goes beyond just looking at how many followers you have. Rather, you should also look at other performance metrics in terms of impressions, reach, and engagement. Look at the conversations surrounding your brand and the kind of sentiment that you’re generating. You can then use these numbers in comparison with your performance at the end of your campaign.

4. Putting your strategy into action

For example, you could tap into their competitive spirit and create a contest where they guess who’s the winner of a particular match. You could also start conversations by sharing your commentary on an ongoing match. You could even conduct polls asking them to vote for their favourite players and teams.

Goal did a creative countdown on the days leading up to the World Cup. Each day, they shared a photo highlighting a jersey number corresponding with the number of days left until the start of the event.

Once your strategy is launched, the next step would involve monitoring and measuring the performance of your efforts. See what’s working and what isn’t in real time so you can instantly make improvements and deliver even better results as you go.

If you’re mad about sports, check out our recent blogs on how sports marketers can put fans at the heart of their strategies and how NFTs are changing the game for sport brands and athletes. Ready to dive right into audience data? Sign up to Audiense today!