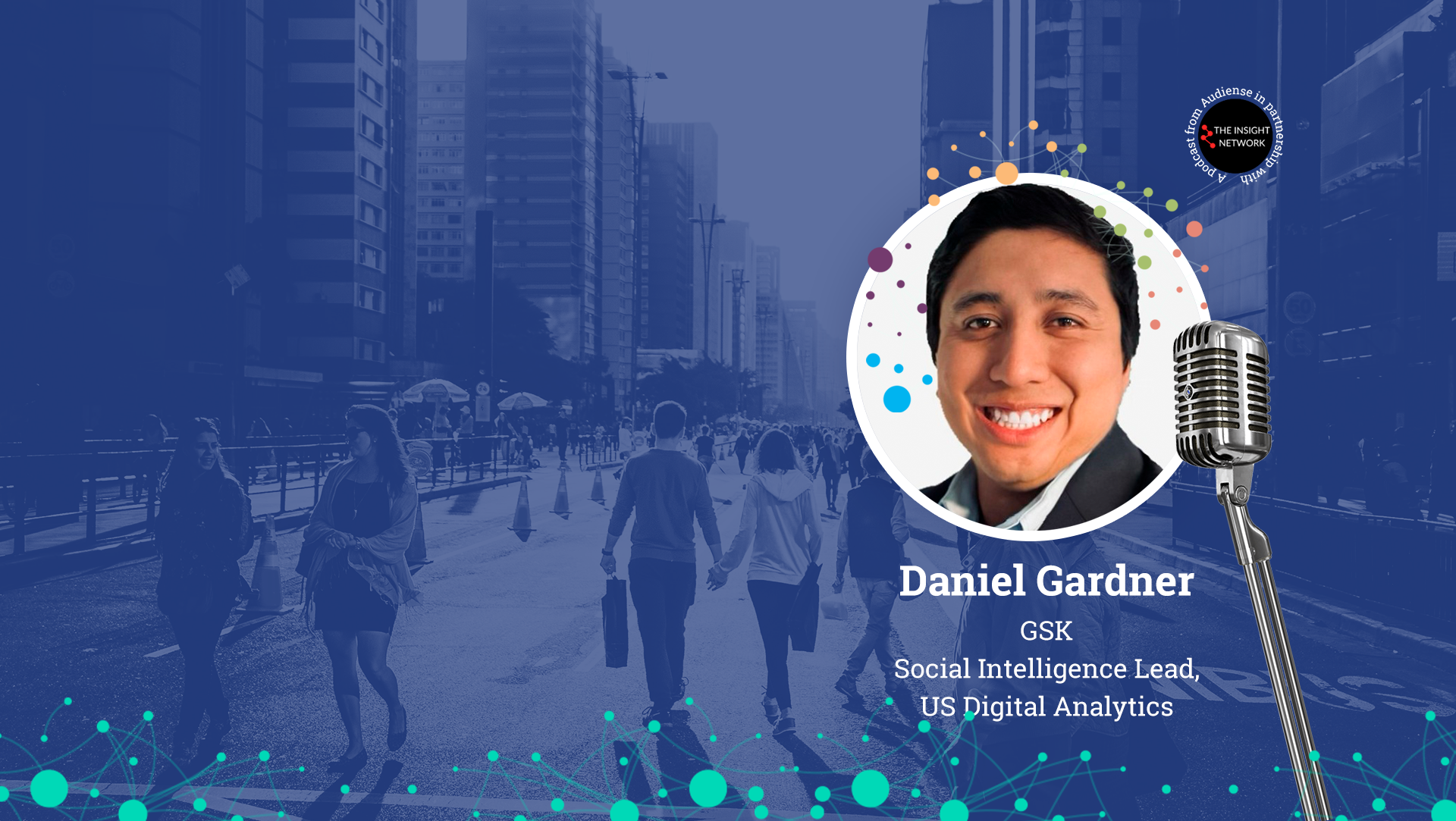 Originally from New Jersey, Daniel started his education at the University of Maryland. He was so determined to be an accountant, he says, but after taking some entry-level economics classes, he found that accounting wasn’t for him. His minor in global poverty gave him insight into the world beyond his own. Though his background is in economics, it’s not that closely related to what he does today. Shortly after graduating, he quickly picked up his MBA.

The importance of being able to confidently explain insights

Daniel explains that he more or less fell into insights by accident. Through some contacts, he picked up on what a small agency called W2O was doing, and learned the skills surrounding social listening. He took on a data analytics role at W2O. When he thinks back to his earliest days in insights, Daniel explains, he wasn’t really doing insights. He was crunching numbers, for sure, but he knew that he wanted to be closer to the clients and the applications of all of these data insights. That experience helped him to write reports and build up the additional basic competencies that helped him succeed in his role today. “The people that are the best data analysts aren’t always the best storytellers—they can’t always communicate the findings,” Daniel says, emphasizing the importance of being able to confidently explain insights.

Moving on to social listening, Daniel explains that there are different approaches and different schools of thought, but that ultimately it is born out of the need to know what users are actually saying. The practice comes from the idea that collecting the data of millions of users (and their voices) is more valuable than the company trying to come up with solutions on their own.

Daniel helped develop a series of macro trackers to learn more about social data. Last March, at the onset of the pandemic, there was more social media data tracked than ever before—more than anyone knew what to do with, Daniel mentions. “There’s nothing cool about Covid,” Daniel says, “but it’s cool to see all that data graphed out.” The take away was that this is the way to gather the most organic social data going forward.

‘Every company should have a social listening person’

“There’s so much you learn from people beyond your industry,” Daniel teaches, pointing to the importance of networking to grow your understanding of market strategy. Every company should have a social listening person, in his mind. And the skills translate across industries. He’s more than just an analyst—he is building value in the data gathered that helps brands understand their markets even more.

All of this considered, Daniel feels that it’s most important to find purpose and joy in what you do, above all. Daniel thanks his media team and his former bosses who have empowered him to take the reins and do the best he could. In the social intelligence world, there’s no way to grow unless you challenge conventional thinking, and he thanks his former leaders for allowing for that growth in him. He also loves to listen to Jamie Dimon and Kat Cole for business and professional advice.

Daniel loves to read Wall Street Journal, TechCrunch, Adweek, and a whole host of self-help books. There is so much that you just don’t know as a young professional, he mentions, and it benefits professionals in a junior-level position to take in as much advice in skill-building as possible.

Daniel thinks that different forms of social intelligence are going to develop in the coming years, all linking insights together. He sees himself as a “technologist” in the future, if not only because those things are just outside his scope. He doesn’t believe in linear goals and thinks it’s okay if your career goals are a moving target.

The full version of the podcast with Daniel Gardner can be listened here:

Previous Story
← Believe it or not, people are generally good judges of character
Next Story
4 proven steps to identify your target audience →