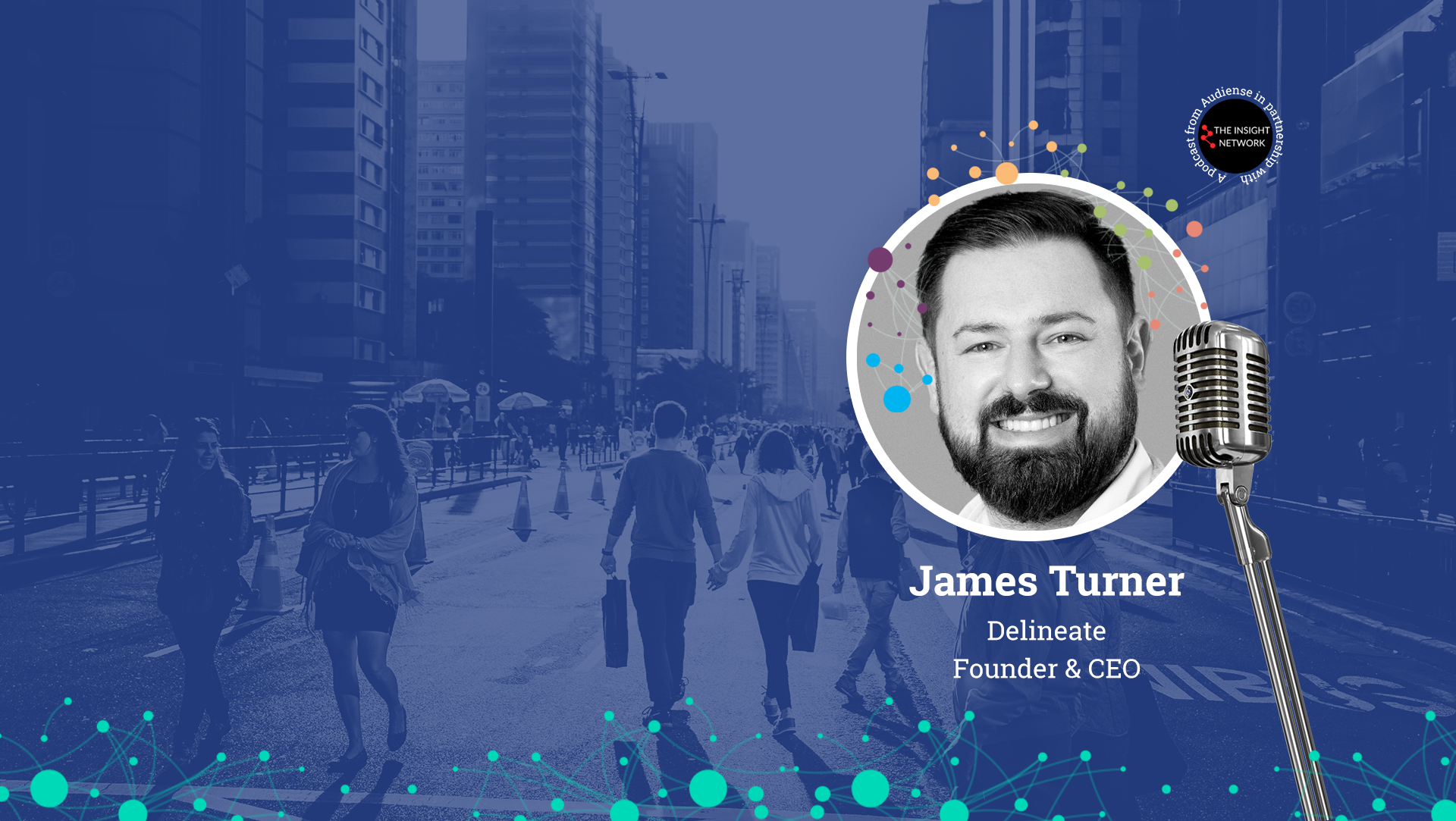 At Nottingham University in the early 90s, James first pursued geology but moved into an engineering program. But while he was studying and scuba diving, he crossed paths with a consultant at an insights firm called IRI. This contact was able to refer James for an account executive role, which he landed straight out of university. Though the job was difficult, he learned to automate many of the processes and discovered that automation was a passion of his. After this, he moved into the head office, where he was able to work on custom deliverables for some bigger clients in the UK.

His experience at BT trumped any prior to it due to its sheer scale. It taught him that the priorities of agency-side research are just as important as brand-side, however different. “You can’t really know the pressures of working client-side until you’ve felt it,” James says.

The right skills to make the right decisions

James grew up around technology and always felt comfortable around it. He shares a quick anecdote about how his father was a techie long before it was popular, and James’s family may have had one of the first CD players in the UK, back in the 80s. So, in a lot of ways, James’s background in technology has probably helped him to be successful. And even though James’s degree was in engineering and mining (an admittedly unusual degree), it provided him with the necessary skills to make decisions at pivotal junctures.

Responding to a question about formative interactions with business leaders, James talks about a leader at BT, Gary Patterson. Gary moved James because he was always honest when he didn’t know what to do in a given situation. James says that he always talked about “managing in the gray—and finding opportunity for clarity.” This lesson stuck with James, and he applies it to branding decisions all the time.

James jokes about his rapidly advancing career later. He “tries to make sense of the chaos.” He had a forward-thinking mentor in high school who posited that people in the future will not stay in one career for a lifetime—that you will likely need to develop transferable skills as you move between careers. Because of this, James entered the workforce pretty much understanding that within 18 months or so, he would need to start looking for his next jump. And it is clear that this approach has served him well.

Attitude and curiosity: top skills to look for

When tasked with putting a team together at Edelman, James looked for these two things: the first is attitude. The keenness and the desire to do the job well. The second is “don’t be afraid of generalists, and people who haven’t spent fifteen years in an agency.” James has always admired people who are willing to think outside the box. And he also values people who can simplify otherwise complicated concepts. And as far as he’s concerned, an expert should be able to explain something in simple terms. One of the issues here is language, where the insights industry uses language and terminology that other professionals don’t understand. And the best analytics and insights professionals are working to bridge that communications gap. A researcher, broadly, is someone who must always be curious to know. That’s probably the top skill James looks for.

James founded Delineate as a way to bring data science to insights and research. Delineate is his B2B brand. James believes that Delineate has cracked speed, quality, and price for its clients, thanks to smart choices that helped the company evade classic tech debt situations. Time will tell, of course, whether that’s really the case. It just started its fifth year. They have about 25 employees across two sites. Delineate believes that the power of the real time—the power of now—is here for insights and it’s going to say. COVID-19 has pushed insights to consider some things about data research we have always known, James says.

James offers advice to the young professional toward the end of the episode. “Don’t be afraid of change,” he urges. The second is that all of us are speaking different dialects in the insights industry, and having some basic knowledge of the things people are talking about can help. For example, knowing just fundamentally what the difference is between R and Python can go a long way. “The interplay of different types of insights and analytics is going to become more and more important,” he says. The base level of understanding of skills is rising all the time.

To someone looking to start their own business, make sure to make great connections with people now, so that you may call upon their support in the future. People are the most important part of these businesses, he suggests. A successful startup must really decide what makes it distinct and what sets it apart.

James enjoys a good glass of wine and good food as much as the rest of us.

The full version of the podcast with James Turner can be listened here:

GOAL! 4 insights into all-star sport brands at the top of their game

All to play for? How NFTs are changing the game for sport brands & athletes

Bringing fashion to the masses: 3 examples of brands capitalising on Fashion Week 2022