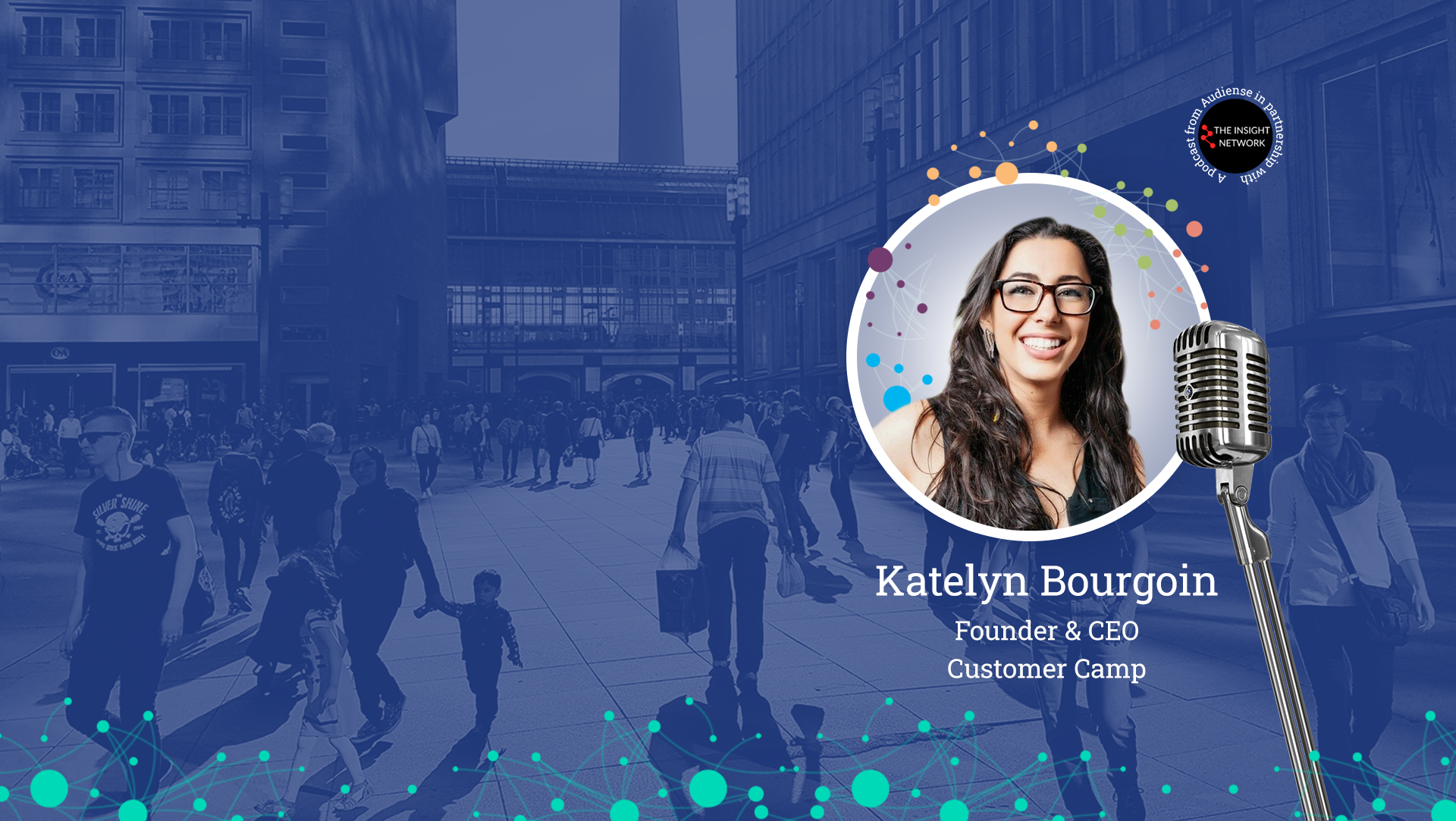 On the thirteenth episode of the Data Stories: Leaders at Work podcast, we talk to Katelyn Bourgoin, CEO, and founder of Customer Camp. Katelyn and her teams help CEOs figure out what triggers people to actually buy so they can market smarter.

Katelyn initially considered herself as more of a creative type than business. She never really saw herself in business. After graduating from university, she found out that she was ultimately a huge marketing nerd after discovering the world of public relations. When presented with the opportunity, she became an entrepreneur founding a creative collective. Eleven years ago, the term “co-working” didn't exist, but she was guaranteed hours. It was on her to build her own clientele—which she did.

Her first real marketing job was at Revolve, a branding agency based in Canada. She started as a temp, but when she was offered a job, she jumped to join the creative collective.

From consulting on restaurants to women entrepreneurship

Katelyn’s husband is a chef and she spent a lot of years in the restaurant industry. As she grew her agency Red Riot and started to be approached by more and more restaurants with varying needs, she saw an opportunity to create a consulting firm that is specifically catered to the restaurant industry. So she started the Fork Project. She brought in a lot of experts who could consult on a variety of needs to serve on contract.

Later, she launched Vendeve—a skills-swapping marketplace for women entrepreneurs. It wasn’t what you’d call “sticky.” They did make some successes but ultimately decided to close it down. There, she learned the importance of customer need. Even at Vendeve, before writing a single line of code, she interviewed more than 300 prospective customers to understand their needs.

When she would ask companies to tell her about their customers, she found there was often misalignment on the team, or the answers were very broad. “Until we got clarity on who the audience was, we really couldn’t do any meaningful work.”

By founding Customer Camp, Katelyn and her teams help companies nail down the wants of their customers. Their sweet spot, as she puts it, is in the qualitative research and going one-on-one with the customer.

Moving on, I ask why Katelyn thinks businesses are struggling to identify who their real customers are. Katelyn offers a few gems: Businesses are under an enormous amount of pressure to move very quickly. The real depth you need is in the stories of your customers’ lives—what is motivating them to seek out solutions that you offer. She suggests that a lot of teams don’t do this because they can’t invest the time. Some recent research suggests that most teams don’t really know. There is a disconnect between the aspirational audiences and the ones that are buying the product. With so many businesses online, you don’t get to see your customers, and that could be coming at a detriment.

The primary focus of Customer Camp is at the workshops, which are frequently attended by software companies, consumer packaged good companies, or even media companies. They partner with business support organizations to put those on.

Never stop talking to your customers

During the rapid round, I cover the following. I first ask what is one tool without which she cannot do her job. Katelyn points to Twitter as an incredible tool for growing her networks. As far as resources go, she mentions the book Competing Against Luck, which outlines the Jobs-to-Be-Done Innovation Framework. That book more or less became a butterfly effect and a catalyst for so much that happened in her career. “People buy things because there are jobs they are deeply trying to get done in their lives,” she floats, the mantra of the JTBD framework.

If money wasn’t an option, it wouldn’t matter. At her core, Katelyn is a business junkie, so she could probably never walk away. She’d just have less stress to deal with. And as far as herself goes, Katelyn’s husband has launched a new eCommerce company that she’s investing a lot of time into right now. And additionally—she’s expecting a baby in less than two months! The thought of taking off three months seems like forever compared to what she’s taken off historically, even though three months seems sparse compared to the traditional mat-leave in Canada of one year.

You can check out her marketing podcast at the Customer Show, the show that helps people to understand what makes people “tick, click and buy.” Katelyn suggests that people get out and just talk to customers because that’s where you learn the most. You wouldn’t stop after one botched call, so keep at it. The more you do it, the more confident you’ll become, the better you’ll be at pulling out amazing insights, and the faster your marketing will improve.

The full version of the podcast with Katelyn Bourgoin can be listened here:

[PODCAST] Being brave and taking leaps of faith more often