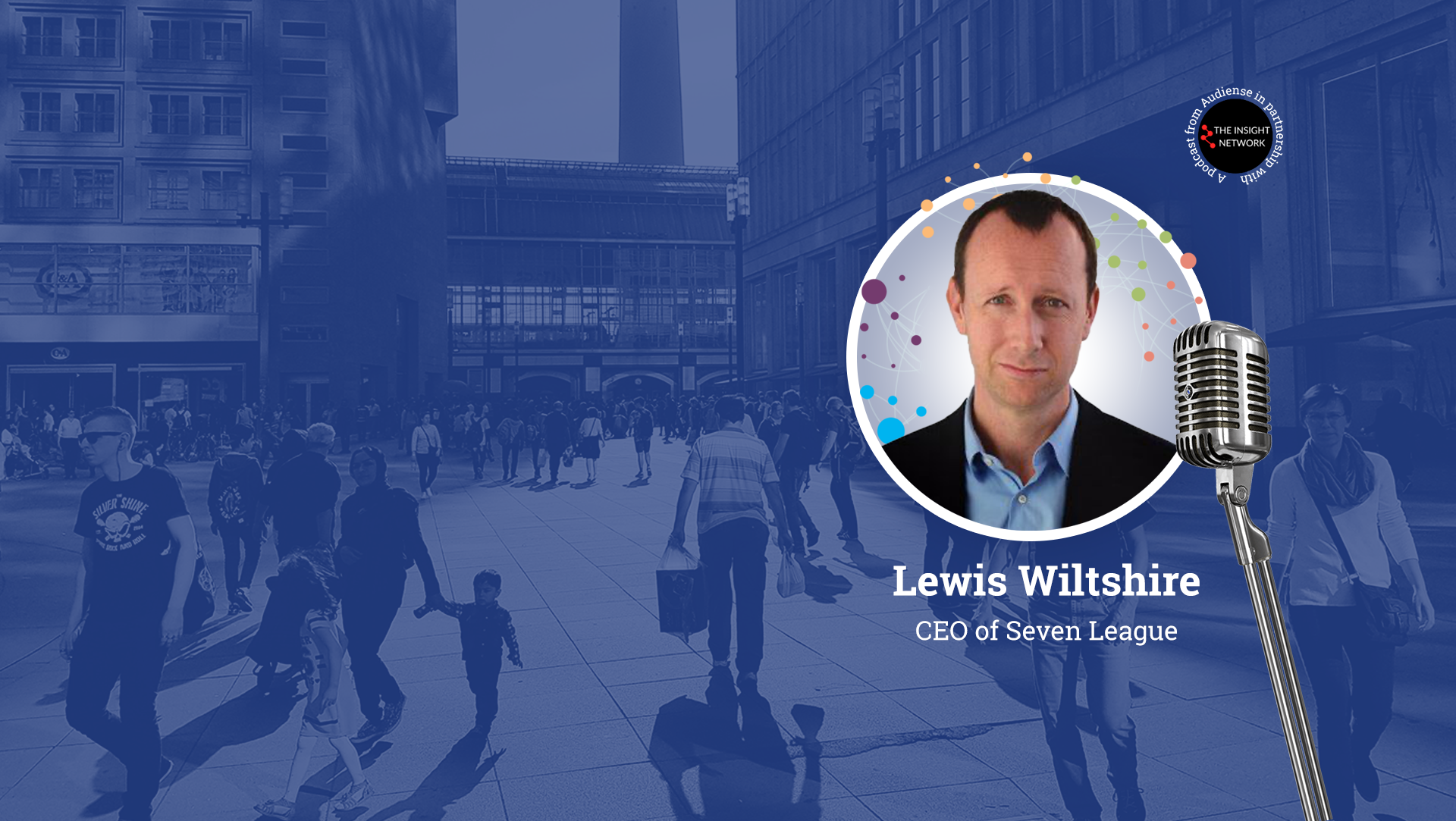 Our guest on this episode of the Data Stories: Leaders at Work podcast is Lewis Wiltshire. Lewis always wanted to be a sports reporter, and when his own sports endeavors fell short, he knew that sports reporting was where he was meant to be. He opted to complete a National Council for the Training of Journalists certification and then got a job at a local paper before becoming a sports reporter for the Eastern Daily Press.

From there, Lewis jumped on board with the very new BBC Sport website where he learned and adapted to the internet style of publishing. When web 2.0 was implemented at BBC Sport in 2005/2006, Lewis’ world broadened. From that point forward, the audience was able to engage with content being posted and that interaction was the precursor to social media.

Around 2006, Twitter and Facebook began gaining traction and over the next 5 years Lewis continued in his role at BBC Sport while keeping up with the rapid escalation of social media. For the three years prior to the London 2012 Olympic Games, he was in charge of strategizing BBC Sport’s digital presence and plan for the Games, but in 2012 Lewis leapt at the opportunity to work for Twitter. He became the Head of Sport there and was heavily involved in creating and implementing Twitter’s digital plan for the London 2012 Olympics as well. He remembers this being one of the first instances of athletes at a large scale interacting with their followers and fans through social media in the midst of the Games, which was a precursor to the future of his career.

With all of his experience at BBC Sport and Twitter under his belt and fueled by his desire to help athletes and sports teams achieve digital brilliance and interact with their audiences, Lewis started working with Seven League, a digital sports agency part of the Mailman Group, in 2017. His goal as Consulting Partner and more recently as CEO of Seven League has been to serve the sports industry by prioritizing digital strategy during what is being called the “third age of sport.”

Sports are currently having to compete for attention and engagement, and COVID-19 has served as a magnifying glass for those teams, clubs, and leagues that had not previously planned for digital. With many sporting events being cancelled, postponed, or being played without live fans, only those teams who have built up their digital infrastructure are able to continue engaging with their fans and cultivate that loyalty during this unprecedented time.

Lewis talks about the cycle of unbundling and rebundling that occurs with viewing platforms, saying that this is a very fragmented time where it is often difficult to locate the game or match that you are wanting to see at that moment. It seems like every company or channel is launching a streaming subscription service right now, but Lewis says that this will eventually give way to a rebundling phase where things are centralized again. Another observation that Lewis shares is that sports seem to be interrupting sports news nowadays, but he believes that sports will regain primary attention before long.

When it comes to the invaluable tools and resources that Lewis relies on, he says that he could not do his job without WhatsApp to communicate with his colleagues all over the world. Regarding networking, Lewis says that he has built himself out of the best traits of those around him and particularly the mentors that have helped him get so far in life. Looking back, his advice to his younger self would be to embrace digital earlier and harder, to remember that hard work beats out talent, and to behave with honesty, respect, and equality. His final advice to people beginning their careers is to not be afraid to take risks and move around to pursue new opportunities.

The full version of the podcast with Lewis Wiltshire can be listened here: