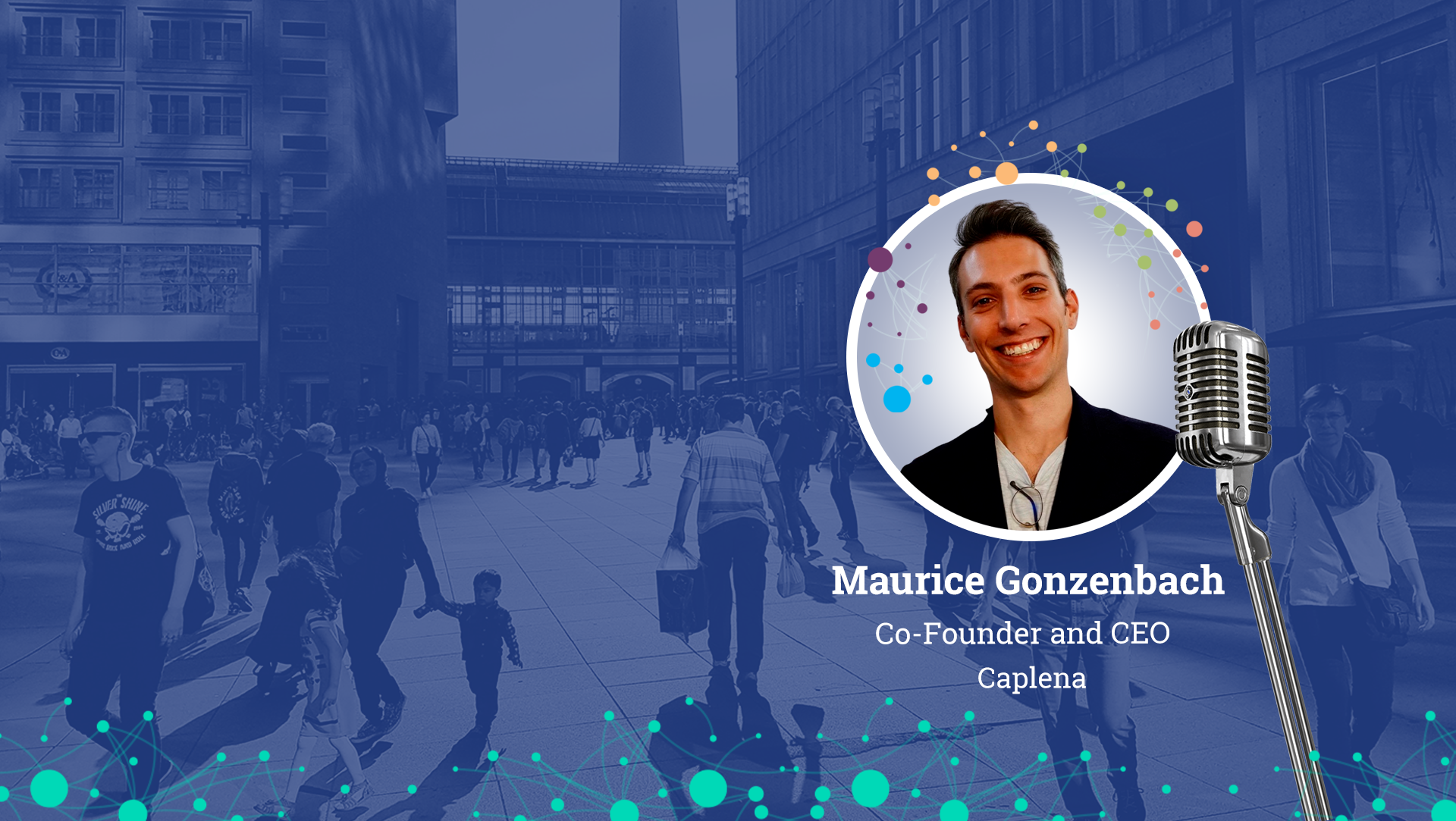 [PODCAST] The basic source of ideas are usually problems

On this episode of Data Stories: Leaders at Work, I sit down with Maurice Gonzenbach - Cofounder of Caplena – a market research tech company.

Maurice first describes his company Caplena, where he is cofounder and co-COO, as software as a service. It is a self-service tool that helps users analyze and categorize comments and then present digital insights with dashboards. The core of the service is an augmented intelligence platform. Caplena is trying to optimize the collaboration of AI and humans.

Maurice said that they started working with market research agencies by asking if they can do something about coding open ended questions. They found a way to improve it. Now, Caplena also has market research buyers in B2C and B2B companies. There are 80 companies on the platform.

Regarding a technical background, Maurice developed an interest in machine learning while studying computational science and engineering in school. After focusing on sentiment analysis in his master’s thesis, he and his Caplena cofounder came up on the leader board with their algorithm. They realized they can keep up with the other players in the field. They needed a strong technical basis to be stable as a company.

As for their entrepreneurial skills, Maurice developed Caplena with Pascal, his co-COO, whom he met from previous employment. They wanted to keep the technical angle and didn’t want to focus on pure management or pure consulting. They developed instead a product that you can see growing and developing over time. In 2016, they asked themselves how they can put together a product that solves a problem.

Maurice and Pascal’s first challenge was figuring out how newspapers can filter out inappropriate comments. They presented findings on a data set they had developed at a market research summit. They were able to filter out online news comments. Two market research agencies approached them independently with the same social data problem. That’s when they realized people are willing to spend time and money on this challenge. Beginning in 2018, they brought their first product to market, and so far, customers want what they’re selling.

Maurice chose sentiment analysis because he finds language interesting. It’s the most complex task for computers to handle. It would be impressive if a computer could understand language partly. He said it is a very applied problem. He wanted to solve problems that would have an impact on the industry. He not only likes solving problems, he also likes seeing how well he can do, and sentiment analysis can benchmark pretty well.

Maurice credits his time working for ETH Juniors, a program at his university ETH, for shaping him and planting the interest in entrepreneurial pursuits in his mind. Linking the academic world and the industry, ETH Juniors sells projects to industry, from process optimization projects to machine learning projects. He worked there for more than a year, during which time he learned that he can manage a company and compete. Other people who worked at ETH Juniors went on to build impressive companies.

Maurice shares that his personal barrier to becoming an entrepreneur was learning that scientific accuracy doesn’t translate into user value. While he could produce good numbers, he had to learn that the user doesn’t care about a raw accuracy number. They only care if their job is easier or if they can sell more or if they can finish their project faster. He had to improve the process of working with the user.

While acknowledging a business owner can learn things about accounting and legal issues on the job, Maurice says there are more abstract skills that are more difficult to acquire. For example, he finds it challenging balancing the mid- and long-term vision with the daily work. A long-term vision is essential for the employee and for the company, but you also have to fix bugs and sell products.

Maurice wouldn’t say he has specific mentors. He does have a lot of friends working in startups and having founded companies themselves. He can go to his network to ask questions like how to handle equity participation for employees. He asks for specific advice of this network of people working in various agencies. It is extremely helpful to have people in your network whom you can trust.

In terms of ideas, the whole team brings in ideas at Caplena. Maurice says they have a lot of things they want to achieve. The source of an idea is a problem. Users have an issue. The creative ideas and solutions come when you take a step back and ask what problem do they want to solve. Then, they find the more efficient but not so obvious solution. The ideas are evenly balanced over the entire team.

Regarding resources, Maurice recommends Hacker News, a news aggregator and technical resource that offers interesting nuggets from various knowledge areas. He also recommends Julian Shapiro’s blog with interesting topics covering things like startups and how to write well and how to build muscle. He says the blog goes into detail and provides hands on advice on how to be successful.

As for suggested tools or apps for use on a daily basis, Maurice uses dozens of tools. He stopped counting at 25 apps. He recently discovered Pasty, which keeps a history of your clipboard. You can copy and paste for up to a week of copying history.

Maurice recognizes that leadership skills are highly dependent on the industry. Leadership during his time in military service is different than that in a tech company. No matter the industry, you have to get everyone to participate and to own the problems. You can’t micromanage every team member. You want to encourage people to solve the problem on their own.

For young entrepreneurs looking to build a product or a service, Maurice suggests exposing yourself to as many people, as many companies, and as many projects as possible. A lot of interesting startups came up from specific experiences the founders had at a company. He suggests trying out various things. If you work at a company, you’ll figure out that a lot of things can be done better. And that would be the basis for your startup.

As for the future of Caplena, it is not yet an IPO. They’ve been doubling their revenue every year and hope to continue doing so for the next three to five years. It should become the place where you analyze any open-ended feedback. It should be the solution when you have open ended questions or reviews that you want to analyze.

The full version of the podcast with Maurice Gonzenbach can be listened here: