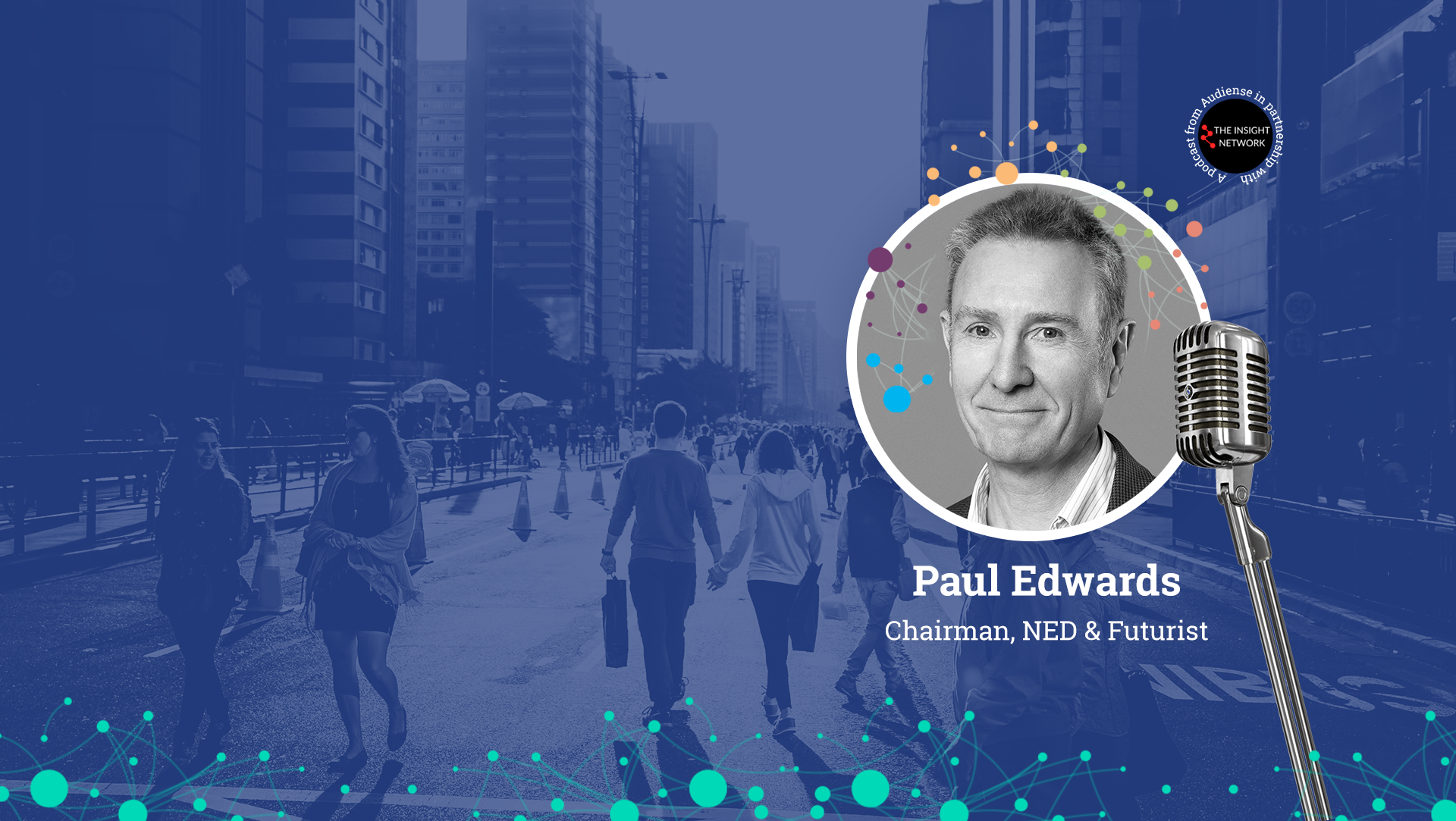 On this episode of the Data Stories: Leaders at Work podcast, we sit down with Paul Edwards. Paul describes his time in market research while sharing some insights into what it is that makes a good leader.

At the start of the conversation, Paul gives us his background. After law school and while interning at Unilever—where he and about eight other graduates were brought in to study market research—he realized his calling. “All of this sounds too simple, but I love understanding other people’s lives, and I love listening to people,” Paul explains. He says that he wanted to be a famous barrister who defended the law against the worst of kinds. Despite all of this, he says that both the legal side and the sociological side of his law degree have been indispensable.

When doing a law degree, you learn by reading cases, Paul says. And the idea is that it’s not abstract. The law teaches you to construct a solid argument with evidence. “It’s not an abstract exercise,” he says. But these skills carried over splendidly to the marketing world. While describing marketing on the client side versus the agency side, Paul explains that one has “depth” while the other has “breadth.” On the client side, there is a language that clients use that, frankly, it would help you to know. “Marketing is about making sure that you sell things,” he says.

‘Management by walking around’

I asked Paul about whether he preferred working agency-side or client-side. He responded: at one point, by attachment, people on the client side would work on the agency side, and the reverse, so that there was no “loss of manpower.”

Some advice Paul offers to the young entrepreneur concerned about what’s at stake is that “it’s not as risky as you think—the world is there for you to explore and take chances,” imploring the listener to go out there and take the risks. Paul also shares an acronym for managing employees well, which he calls “MBWA” or “management by walking around” - it helps to really take an interest in all parts. As a managing director, you really should know all the parts and most of the workers in a business. Paul explains that you’ve got to make yourself available to them if you have any desire to affect them in a positive way.

Paul says you need to be:

Spending the most time with your best people

A good manager recognizes skills and doesn’t. Paul also urges leaders to “spend the most time with your best people.” What managers are typically drawn to is the people who are underperforming, but what they need to do is spend time with the people who are doing a good job and really driving the business. “You need to make sure you’re spending the most time rewarding the best people,” he says.

As far as what young employees should want from their leaders, Paul shares: “Surprisingly, it’s about being pushed. That you really are doing your best job. And while you’re being pushed, getting that little bit of encouragement. “You don’t get better if people don’t point out to you what you need to improve on.” And to create that kind of positive work culture, Paul suggests that you must be yourself. “We are all different, and we all lead in our own way, but on the whole—by being nice most of the time, the telling off becomes much easier.” In other words, it becomes easier to do the bad stuff if most of the time, you’re in pleasant mode.

Don’t rely on a single book

If you can do mental arithmetic, it is a gift because you can see in real time that something in the maths is wrong. Not a fan of management books, Paul seeks out the proper psychology books as opposed to pop psychology. Don’t just read nonfiction—read fiction as well. “Great fiction writers understand people.” Behind good fiction is an understanding of people that perhaps predated a psychological understanding. Paul emphasizes: “Read widely. I don’t rely on a single book. Get lots.”

Paul is ultimately interested in small companies because, on the one hand, he likes to help young people out, and on the other hand, he is curious to see how startups work. Paul never worked for a small company, so he’s eager to witness how startups evolve. “You’re listening,” he says. And often, you won’t really need to say anything at all.

Speaking to his vision going forward, Paul explains that he’s more than happy to help people starting up. “If you go out seeking after things, you won’t get things right. I try to wait for the right moment...I think if you chase things, you’ll get things that really you shouldn’t.”

As for advice to the young people, Paul advises that you must “put in the hard miles.” Volunteers, in Paul’s mind, are the ones that take things off your desk rather than putting things on your desk. These are the people who are attentive to the projects and the clients. “Resistors are present in every industry, but volunteers are a joy.”

For a final thought, Paul repeats that you should spend the most time with your best people. “The clue is in the word leader...it’s what leadership is, having people behind you.”

The full version of the podcast with Paul Edwards can be listened here: