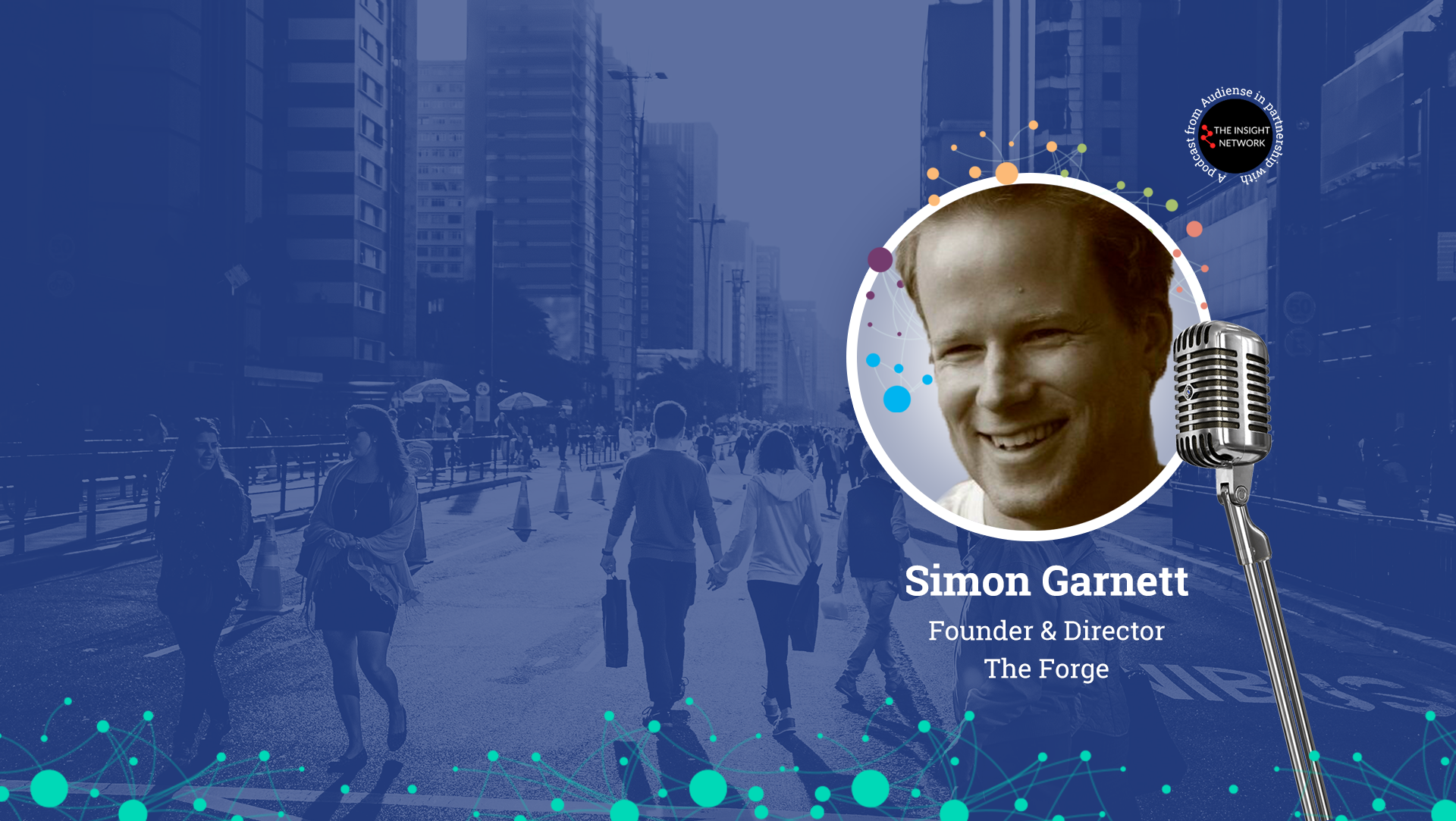 On the seventeenth episode of the Data Stories: Leaders at Work podcast, we talk to Simon Garrett, founder of the insights agency The Forge. Simon talks about breaking into the insights world, understanding what motivates people, and why machines are still not better than humans.

To start, Simon explains a bit about why he studied theology at Cambridge, despite having built a career in marketing and insights. Having been turned off from pursuing a law degree, he went after theology instead. He talks about being fascinated by why people are religious in the first place, trying to understand how religiosity manifested itself in the people of the world. Religion is almost the biggest marketing experiment in history, Simon explains, so it seems necessary that he would be able to make that translate to a career in marketing and insights, and what makes people tick. At some point, he realized that he needed to get into a graduate marketing program because advertising and the creative process didn’t really spark the fire.

Leaning into processes that are hard to understand

Simon moved to the agency side eventually after knowing for some time that he would eventually get there. He also really wanted to get closer to a smaller business and the impact that that would have. Moving into a project-based business was exciting to him. “What is it you do when things don’t make sense?” is a question that has propelled Simon into the insights industry, always wanting to lean into the processes that are hard to understand.

In the summer of 2013, Simon founded The Forge on the idea that if everyone else is a generalist, then he would be a specialist. In addition, he noticed that the insights world was digitizing and growing exponentially. But more importantly, he wanted to set up a business that reflects that maxim that everything can be of value so that nothing can be of primacy. Part of the DNA of the business is living by the idea that everything available to them is a tool, and that mindset informs everything they do. The one cool that Simon cannot do without is his brain. Though he’s passionate about AI, he believes that the human cannot be replaced. “The world is messy; the world is not linear,” Simon says, encouraging the listener to not discount the value of the good old-fashioned pen-and-paper method of explaining concepts to your audience.

Simon points to an unending curiosity as the number one skill that anyone wanting to get into insights could develop. The desire to improve. Simon also mentions his colleague Ben, who seemingly doesn’t crack under the pressure of silence. He describes Ben as being someone who can sit in silence for 30-45 seconds just thinking through what he needs to say, and Simon has a deep respect for this because most people can’t bear silence for anywhere near that long. It’s a valuable trait.

To the youngsters listening out there, Simon urges them to remember that we are “multidimensional beings.” Pay attention to the things that you care about, and recognize that you don’t have to go all in on just one thing. He talks about spending time volunteering as a teacher on his days off because of a found love of teaching during the lockdown. Make space for the things you love, in other words. And most importantly, Simon shares the realization that people treat you the way you let them treat you. It was a hard-learned lesson, but a game-changer. If you are available at all hours, you will be used at all hours, to be sure.

Simon sends us off with a bit of industry wisdom: that the best companies will be the ones that put a great human with a great machine. One can help augment the other, in other words, but one cannot fully replace the other, even in the best circumstances.

The full version of the podcast with Simon Garrett can be listened here: