SMACKDOWN! Why wrestlers are getting more social media interaction than your brand 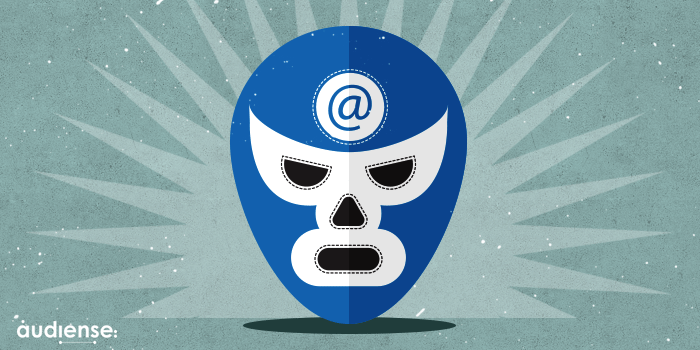 WWE, wrestling, spandex trunks, muscles, and roaring crowds. What does it all have to do with social media strategy and brand engagement? And why should you pay any attention to it? Simple, WWE has over 172 MILLION engaged followers on social media! Time to take note.

But you don’t have to headlock your competitors while wearing a loincloth to become the champion of social media engagement. There are many social media takeaways WWE and their wrestlers can teach us. Here’s what you can learn from the likes John Cena, AJ Lee and the other heroic superstars of the WWE universe:

[Tweet "The @WWE has over 172 million fans across all social accounts. What can wrestlers teach you about social?"]

1. Give fans a reason to interact

Wrestling fans love being acknowledged and WWE knows how to play this to their advantage. In the past they’ve let fans on Twitter decide which match they want to see, discussed trending hashtags on live TV commentary, and featured the Tweets and Touts of their fans on screen. Your brand might not have a TV show, but there’s no reason you can’t come up with something to get your followers involved in discussions. Hosting a Twitter chat and publishing the highlights on your company blog is a great way to increase interaction with followers and acknowledge their contributions. Buffer’s weekly #Bufferchat is a good example of a brand doing this, the benefits for their followers getting involved in their chats are networking, learning, and being featured in their blog.

*Bonus: A Twitter chat means you can take part anywhere (like in your bedroom wearing the wrestling singlet we all know you sport in your spare time).

2. Give behind the scenes insights

WWE only has a limited amount of TV air time. Luckily for their fans, their social channels can show you what the TV shows don’t. WWE use their social channels to reinforce their brand story, enhance their characters’ popularity and increase interaction with fans via unique behind the scenes insights. Give your followers and company supporters an extra peek into your business and it’ll make them feel more connected to your company. As a result, you’ve increased their loyalty and likelihood to become brand ambassadors.

As well as being very active on social media, WWE also produce exclusive content that is promoted only on social media. This is a great way to ensure followers and fans keep coming back to their social channels. The value of using social media to share exclusive content can be seen with Puma’s ‘Flock To Unlock’ campaign, which was used to reveal an exclusive new Puma advert by retweeting a Tweet. This shows both the audience’s desire for content, and the power of social media to spread it way past your initial follower base. Find something people want, and give it to them. There's an idea we can all try!

Get a look at these UNSEEN photos of the month from events like #WWENOC, #NXTTakeOver & more! http://t.co/WfSqwae5Vw pic.twitter.com/gTwhyE7kd8

4. Use images and videos to increase reach and interaction

Why bother doing enough sit-ups to crush walnuts with your abs if nobody can see your steel torso? It’s a problem we think about daily. Nobody became a wrestler so that people could read about them, they need to be seen! In the last 24 hours, WWE’s Twitter account have put up pictures, Vines, YouTube videos, and collages as well as regular Tweets.

Tweets with images are 94% more likely to get retweeted, so when you’ve got the most eye-catching athletes on the planet it makes sense to have a strong visual element to your strategy. This Tweet to plug Hulk Hogan’s RAW appearance got more retweets than both of the similar Tweets without images combined. No surprise, those are the arms that lifted André The Giant, who wouldn’t want to share those pythons?

WWE first got social in 2007, and had an account on Twitter a mere year after the service first launched. That’s how far ahead of the curve they were. It’s not in their nature to be shy, and having committed to social media they’ve not been half-hearted about it. Twitter handles are displayed when they enter the ring, every single live show has a hashtag, and the commentators plug the social channels. It may seem like a lot, but they didn’t get to over 172 million combined followers by accident. How often do you remind customers of your social presence? Have you integrated your offline and online marketing channels? We say you better start now or you might see your competitors performing the ‘Walls of Jericho’ on your brand.

6. Get the whole company social

It seems as if everyone from the boss to the guy cleaning the toilets at WWE is on Twitter, and it’s a good thing. They’re all adding voices to the conversation, they’re all driving eyes towards the brand, and they all have a great number of followers. Tweets from their ring announcer, The Miz, and Chief Brand Officer Stephanie McMahon all give different perspectives on WWE’s recent Night Of Champions event. Imagine if everyone from your company was encouraged to be as active on social media and found the time to promote your company (you’d need to invest in title belts though, money well spent in our opinion).

7. Use social media to show how they’re giving back to the community

WWE superstar John Cena holds the record for most wishes granted by a single person to the make-a-wish foundation. Regardless of how much some people dislike Cena or wrestling as a whole, he’s widely praised for brightening the days of over 400 kids and counting. We recommend that all businesses grab themselves a globally recognized good-guy hunk that everyone wants to meet! But in the meantime how does this relate to you?

Simple, the key lesson here is how they showed they were giving back to their community through social media. Social media gives you the opportunity to utilize images and videos, and this is key. It makes your CSR efforts part of your brand story.
When WWE released their tribute video on social media to 8 year-old superfan Connor ‘The Crusher’ Michalek they were praised by Fox, USA Today and lots of other major news outlets across the world as well as their fans. Good work WWE!

Look at that, you can now begin to have a social media presence as good as WWE’s and you didn’t even have to step into a ring. A steady stream of content, a workforce that’s on board, behind the scenes insights, and invitations for interaction are all achievable goals for any business.

Previous Story
← Brand storytelling: 7 vital delivery optimization strategies for social media
Next Story
[Interview] Xbox: What you can learn from the most responsive brand on Twitter →