The evolution of advertising on Twitter... and what comes next 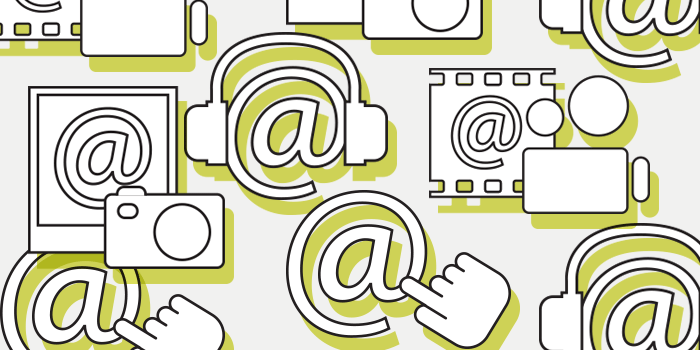 In five short years, the Twitter Ads platform has evolved into the smart choice for injecting your campaigns with pinpoint precision. With Twitter Advertising increasing by over 95% year on year, senior marketers are rapidly making Twitter Ads a staunch pillar of their marketing strategies. In fact, efficient Twitter Ads use can drive leads at one-third of the cost of other paid channels.

The power to connect with a specific group of target users (down to a specific individual) when combined with detailed segmentation and targeting tools gives Twitter Ads the competitive edge over rival social media advertising solutions. We decided to look back at key points that lead to Twitter Ads developing into a platform that raises the bar for incisive, cost-effective social media advertising. But this isn’t a mere jaunt down memory lane, we also look to the future and highlight practical suggestions that will deliver maximum results from your Twitter advertising campaigns

Promoted Tweets were swiftly followed by Promoted Trends. Brands can now have their campaign hashtag at the top of Twitter’s trends, initiating conversation about a new campaign and driving awareness of a brand. The first brand to get involved with Promoted Trends was Disney-Pixar endorsing the release of Toy Story 3.

“To infinity and beyond”! Toy Story 3 hits theaters Friday, June 18. Did you get your tickets yet? www.disneyticketstogether.com #toystory3

In December 2013, Promoted Accounts made the move toward being included in timelines too, expanding the ways in which brands choosing to promote their Twitter accounts can be seen by their target audience.

June 2012 saw the gradual roll-out of Twitter Cards, starting with the option to include expandable rich media such as videos, pictures, and links in Tweets. The cards were more than just eye-candy, they later matured into formats that easily gather leads, deliver downloads, and efficiently provide a cost-per-click reduction of up to 92% on web content.

Increasing transparency further, the introduction of conversion tracking meant that Twitter Ads users could attribute a specific action they wanted to track (ie. purchase, download, sign up) to the Promoted Tweet that drove that action. This allows marketers to see which Promoted Tweets are delivering the best return based on the action they want to track. Further Conversion Tracking with Transaction Values Data outlines the exact order quantity and sales amount that each campaign is responsible for. 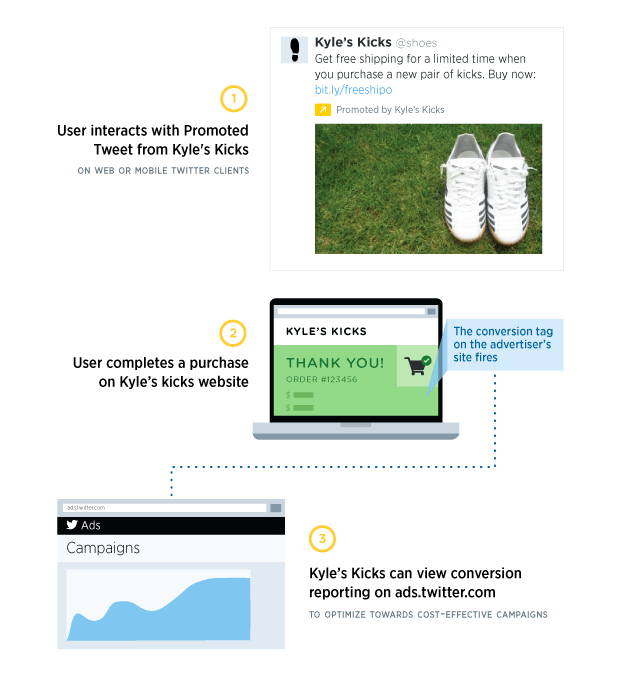 Further understanding the necessity of accurate data for marketers, Twitter released their analytics platform to encourage statistically informed Tweeters. All users were given a solid grounding of key analytics to show how their organic posts were performing, including metrics such as clicks, impressions, and media views which aren’t publicly available like retweets or favourites. The analytics can be used to identify existing posts to promote, or to discover what type of posts were working well to help marketers plan ahead.

Twitter’s analytics can be used in isolation, or as a springboard for further actionable analysis with SocialBro such as analysing the accounts of who your followers follow, discovering the influential retweeters behind well performing Tweets, and building lists based on the interests of your followers listed in Twitter Analytics.

Objective-based campaigns are like Burger King, you can ‘have it your way’. Choose what your aims are, what you’re willing to pay for each action, and off you go! This simple campaign creation process makes Twitter Ads more cost-effective for marketers. For example, if your goal is to generate leads via Twitter, you’ll only pay when a user submits their information via a Lead Generation Card in your Promoted Tweet. Objective-based campaigns combined with SocialBro’s campaign management capabilities make it even easier to optimize your campaigns with actionable performance intelligence.

Website retargeting means that a visitor to your site is not lost if they’re a Twitter user, they can later be targeted in a Promoted campaign. This feature can also be paired up with conversion tracking and Twitter cards to reach high quality Twitter users who have visited your site, tracking their journey from their first visit to their conversion.

Promoted campaigns can now appear exclusively to your selected list of targeted Twitter users. Translation: not a single penny is wasted on people that advertisers aren’t interested in, ensuring only the most high quality prospects are paid for.

By combining Twitter Ads with their Marketing Platform Partners, advertisers can reach new and potential customers who have shown buying intent. Over 1000 ready-made partner audiences are available for marketers to custom-build their campaigns around, including the ability to exclude certain sections of those audiences and to expand their targeting to users similar to those within a Partner Audience. 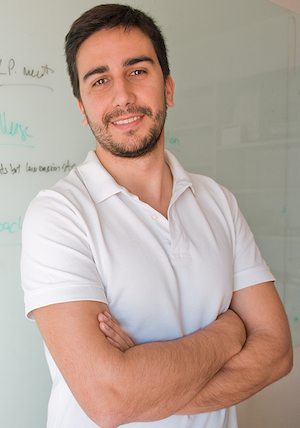 Why should you keep abreast of the new features and updates to Twitter Ads? For a start, with each development, Twitter has shown that they're committed to delivering an advertising platform that provides marketers with simple, effective solutions. But what might come next? We sat down with our CEO to gain some insight on the direction that Twitter Ads may take in the future:

"Twitter's core user base is approaching a very chunky 300 million, but the impact of Twitter Ads goes far beyond that. As Dick Costolo has pointed out, there are already around 500 million monthly unique visitors that consume Twitter content without logging in, and that's before the impact of Twitter's partnerships with Google, Flipboard and Yahoo Japan which will open up more "off Twitter" exposure. Since it has become easier for developers to build and monetize mobile apps on Fabric, we could see an even greater audience for Twitter Ads on mobile in the future.

This colossal reach is getting a lot of people very excited, but the really exciting part about Twitter Ads is not only how many people you can reach, but what happens when you couple it with the segmentation and precision targeting you need to reach many more of the right people with the right message. Identify those people, drill down and target them specifically, get insights into their interests and behaviours from how they interact with your campaigns, and execute targeted follow up campaigns - that's when you tap into the massive revenue driving potential that this channel offers."

These were some moments in the history of Twitter Ads that we felt were important, but with developments happening all the time we may have missed some. What features of the Twitter Ads platform have you found most useful?