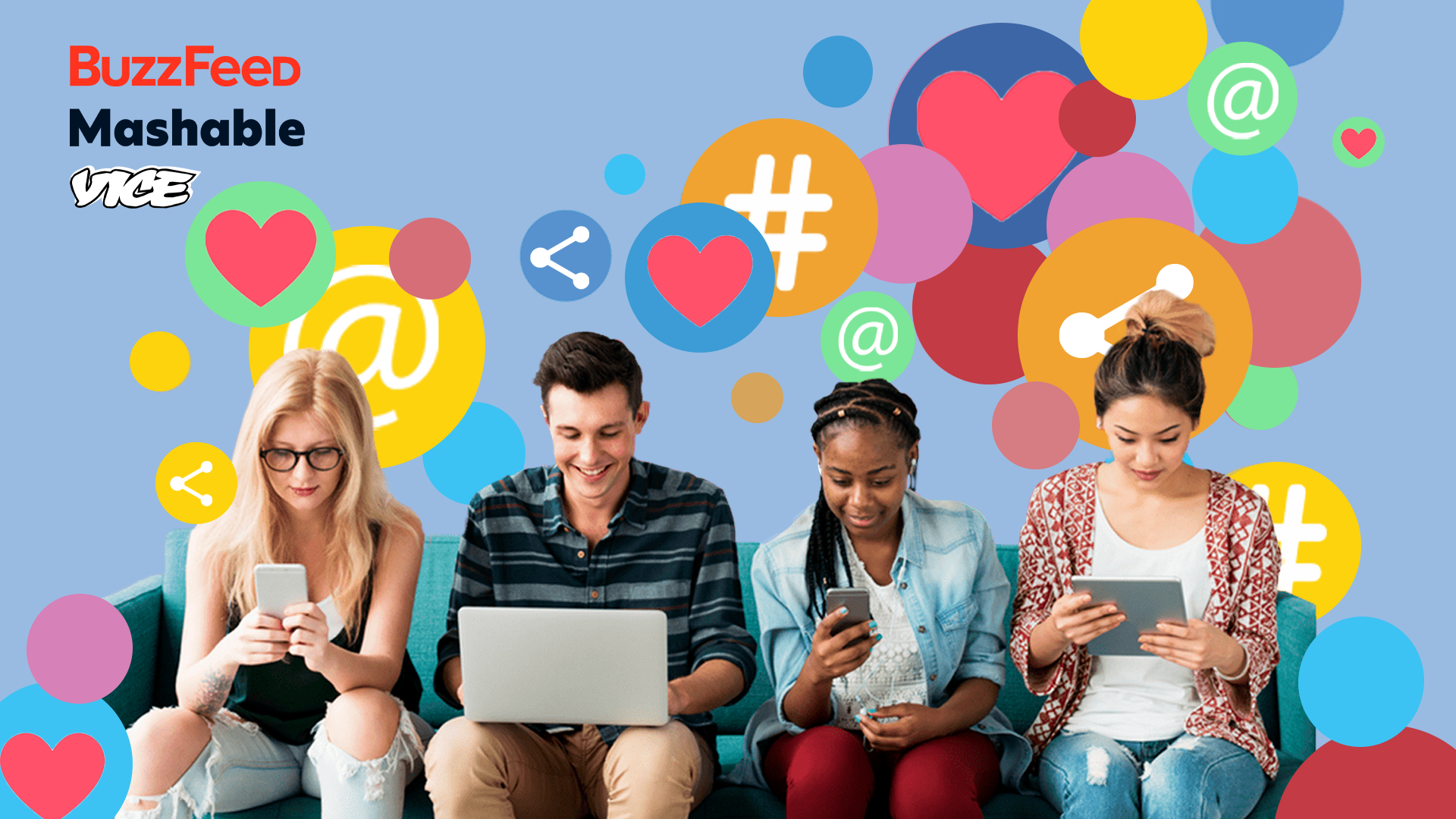 What you can learn from BuzzFeed, Mashable, and VICE

While there are conflicting opinions on whether printed media is dead or not, one thing is certain: the increased use of the internet has brought about a gradual decline in the reach of print media.

With more people than ever before getting their news first from Twitter and preferring blogs to magazines, it’s crucial for media companies to evolve so they can stay relevant in this digital age. But how can media brands move to create digital content that helps them stand out, resonates with their audience, and impacts culture?

In this blog, we’re going to do a deep dive into what you can learn from brands like VICE, BuzzFeed, and Mashable to create audience-focused content and build loyal fanbases. Don’t forget to bookmark and start implementing these insights to improve your own marketing!

BuzzFeed demonstrates how to replicate your audience’s voice

BuzzFeed is one of the most popular entertainment websites in the US. The site is known for its quizzes and viral content.

In 2022, BuzzFeed attracted over 103 million monthly visitors from direct, referral, social, organic, and mail traffic. How do they manage to create content that consistently attracts that many people? To answer that question, let’s examine BuzzFeed’s online communities.

BuzzFeed’s online audience is mainly made up of 18-34-year-olds living in the US. Of course, this makes sense considering that they’re a US-based media company. BuzzFeed’s global audience are also interested in pets, education, sports, science, and society.

To find out how knowledge of their audience helps them create better content, let’s take a closer look at the segments that make up BuzzFeed’s audience.

Here are the three main audience segments that make up BuzzFeed’s global audience.

BuzzFeed has an entire site, BuzzFeed News, and Twitter account (@BuzzFeedNews) dedicated to providing news commentary and trending reports for their audience. 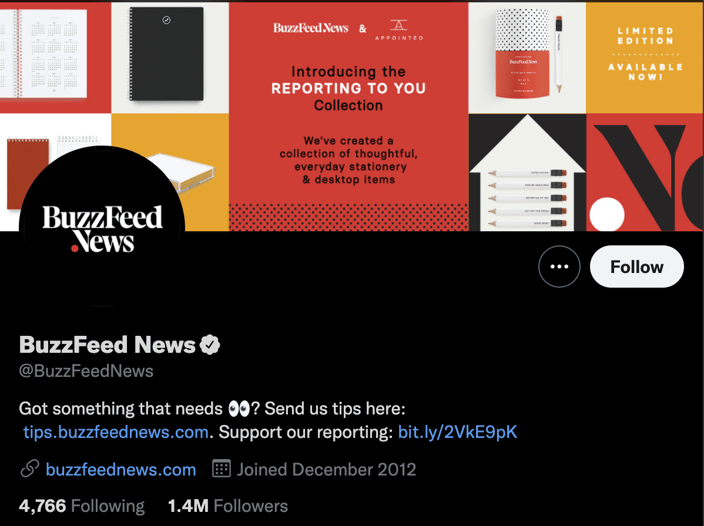 Although the content on these platforms takes a more serious approach than typical BuzzFeed content, they’re still engaging enough to grab people’s attention.

For instance, the news reports are less than 750 words to keep their audience’s interest.

BuzzFeed is undoubtedly known for its content around pop culture and entertainment. To meet the needs of this segment of its audience, BuzzFeed creates a lot of up-to-date information about the latest shows and movies.

For instance, you can find over 15 Encanto quizzes on BuzzFeed’s website that they use to attract and engage their audience. 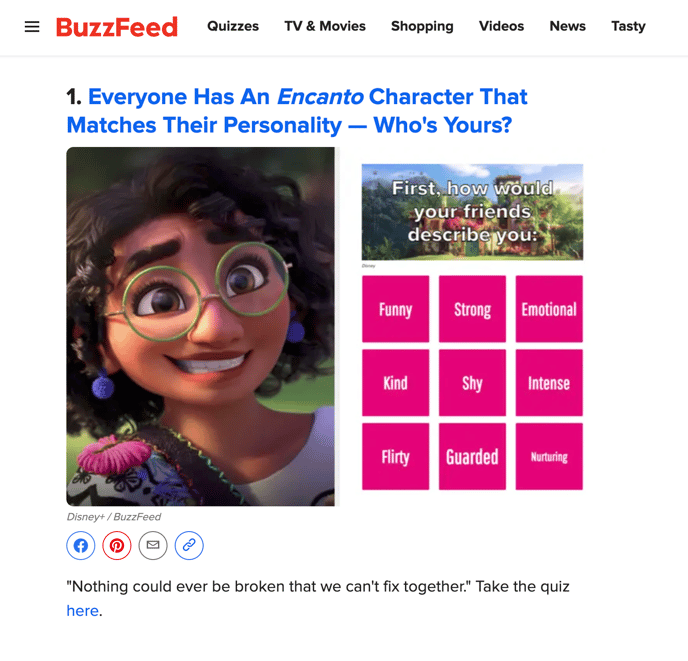 BuzzFeed has a website for their audience obsessed with traveling called Bring Me.

Also considering that this audience segment loves animals and is more likely to use a video-based platform like YouTube, BuzzFeed has a lot of pet videos on their YouTube channel. 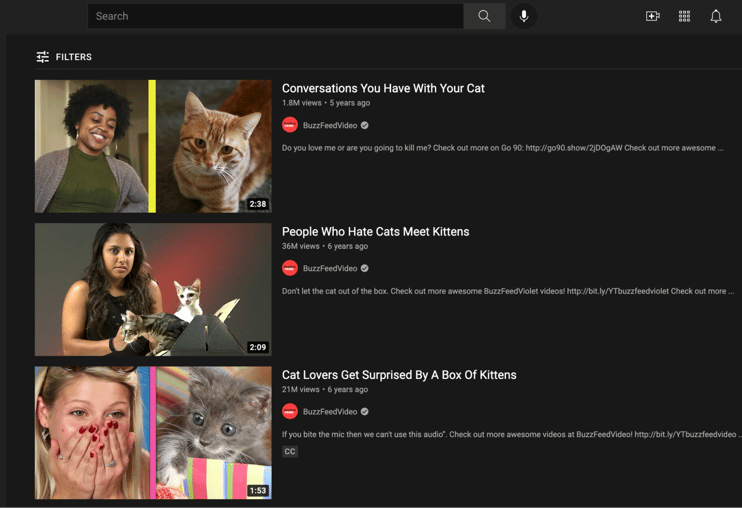 What marketers can learn from BuzzFeed

Although BuzzFeed’s audience consists largely of graduates, they keep their content at a 4th-grade reading level. They do this because they know their audience wants to be entertained and not have a dictionary by their side as they read BuzzFeed’s content.

As a marketer who wants to remain relevant in the digital space, it’s crucial to understand your audience’s reading preferences, even if you’re not a global media brand. Do they prefer short content? Do they want it filled with industry jargon? Would they prefer proper grammar to trending slang?

Only when you understand your audience as BuzzFeed does can you answer these questions.

When examining recent conversations happening within BuzzFeed, we found a large section related to black communities.

What’s more, the influencers for this audience are predominately made up of black voices, filmmakers, and creatives such as Ava DuVernay, Issa Rae, and Matthew A. Cherry. 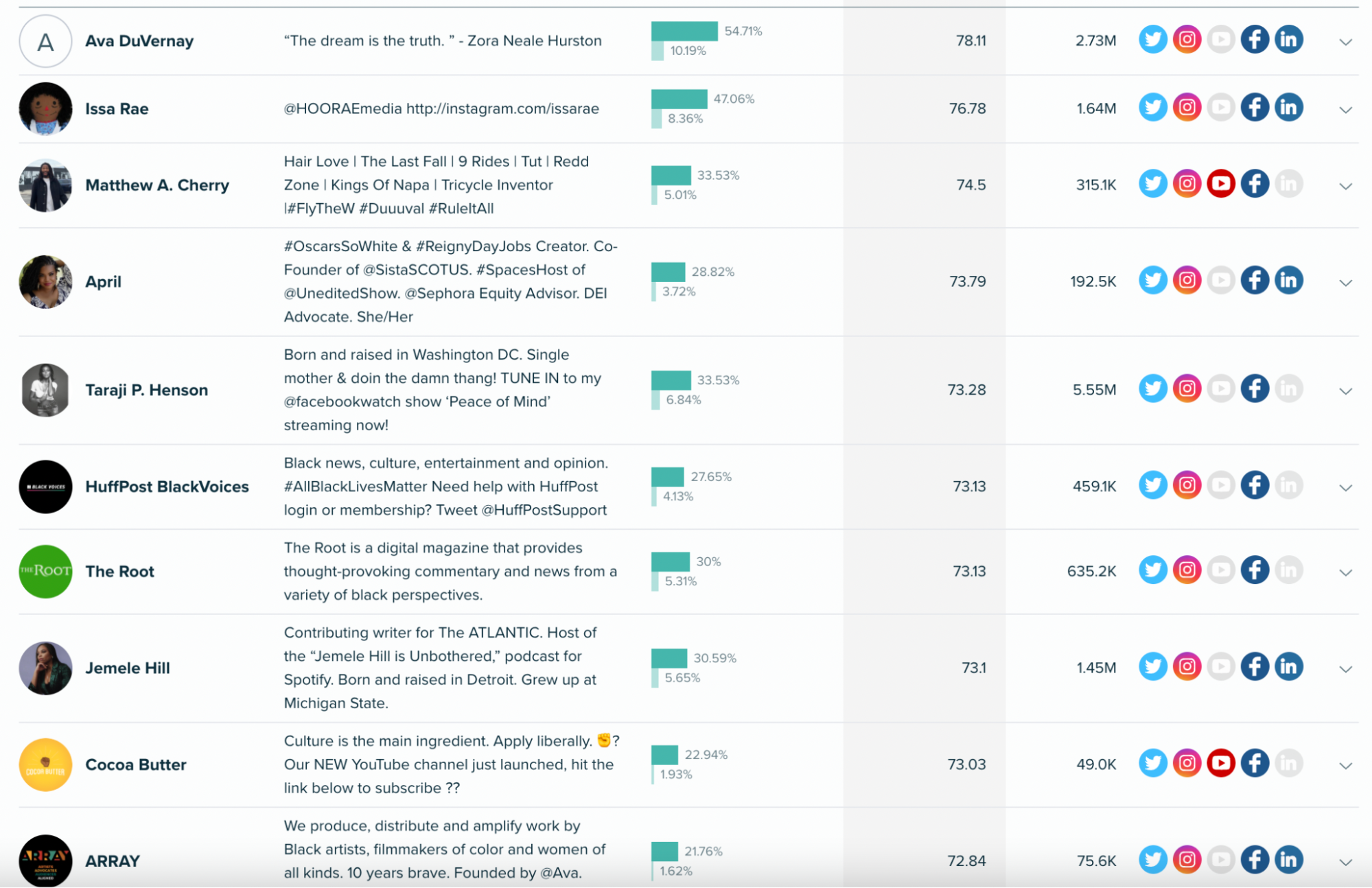 The top content for this audience unsurprisingly includes hashtags like #blackhistorymonth and #mitchplease, which centers around politics and black culture.

This data can help Buzzfeed to go even more granular in their approach to content and cater specific content around politics and black culture to create superfans among that audience segment.

Another media company that does an outstanding job at staying relevant with the kind of content they produce is VICE.

Catering to a largely male audience, insight has shown that their most engaged fans are over 60% male and lean toward a younger demographic of 18-24. They’re also primarily US based, although over 60% of the audience is based elsewhere in the world and London appears as the top city for their overarching audience.

Let’s break down their audience to see how they create content for each audience segment. 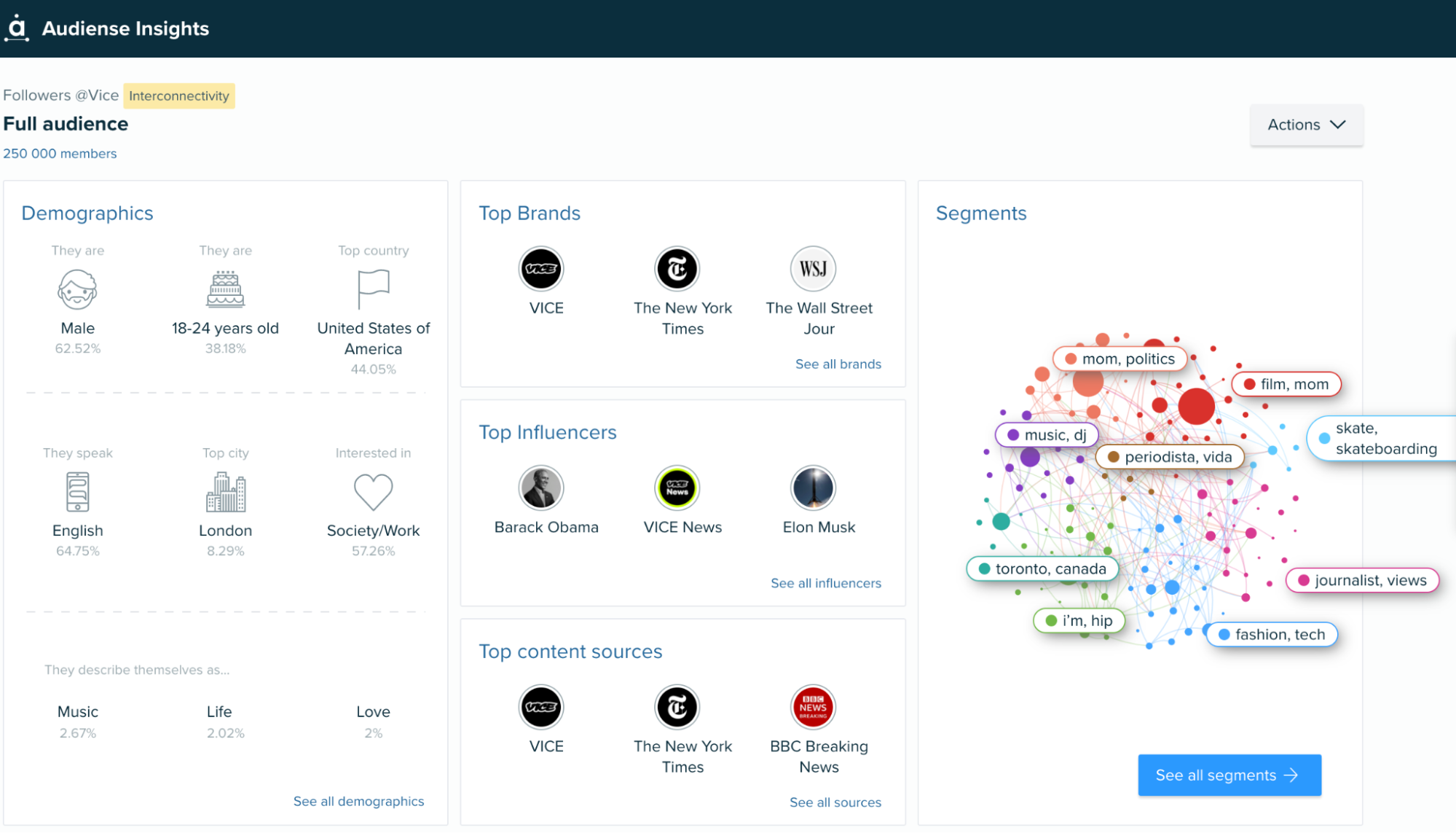 Since this segment is big on online shopping, VICE has a “Rec Room” full of products recommended by the VICE team.

Given that this audience segment is mainly millennials, VICE includes product recommendations for house decor, fitness, and even sex toys.

When it comes to content consumption, #Euphoria ranks as the top hashtag that drives conversations among this audience, especially on Twitter. So it comes as no surprise that VICE shares the interview-style content about the show on Twitter.

"When I saw that episode of Rue breaking things in the house, saying hurtful things to her mom and pushing her, that was just too real." https://t.co/sbwyMcqNLN

How VICE gets their audience engaged with experience-based storytelling

VICE doesn’t follow the way traditional media market or tell their stories. Instead, VICE chooses to make their stories experience-based, focusing on the audience — who are meant to be the story's center of attention.

That’s why many of VICE’s stories are first-person accounts or documentaries like “The Islamic State.” This type of content has helped VICE get nominated for many awards and even win an Emmy.

Most times, VICE also tells stories that mix the interests of different audience segments. For instance, there’s a furry-loving, queer, and gamer segment of VICE’s audience that enjoy the news. 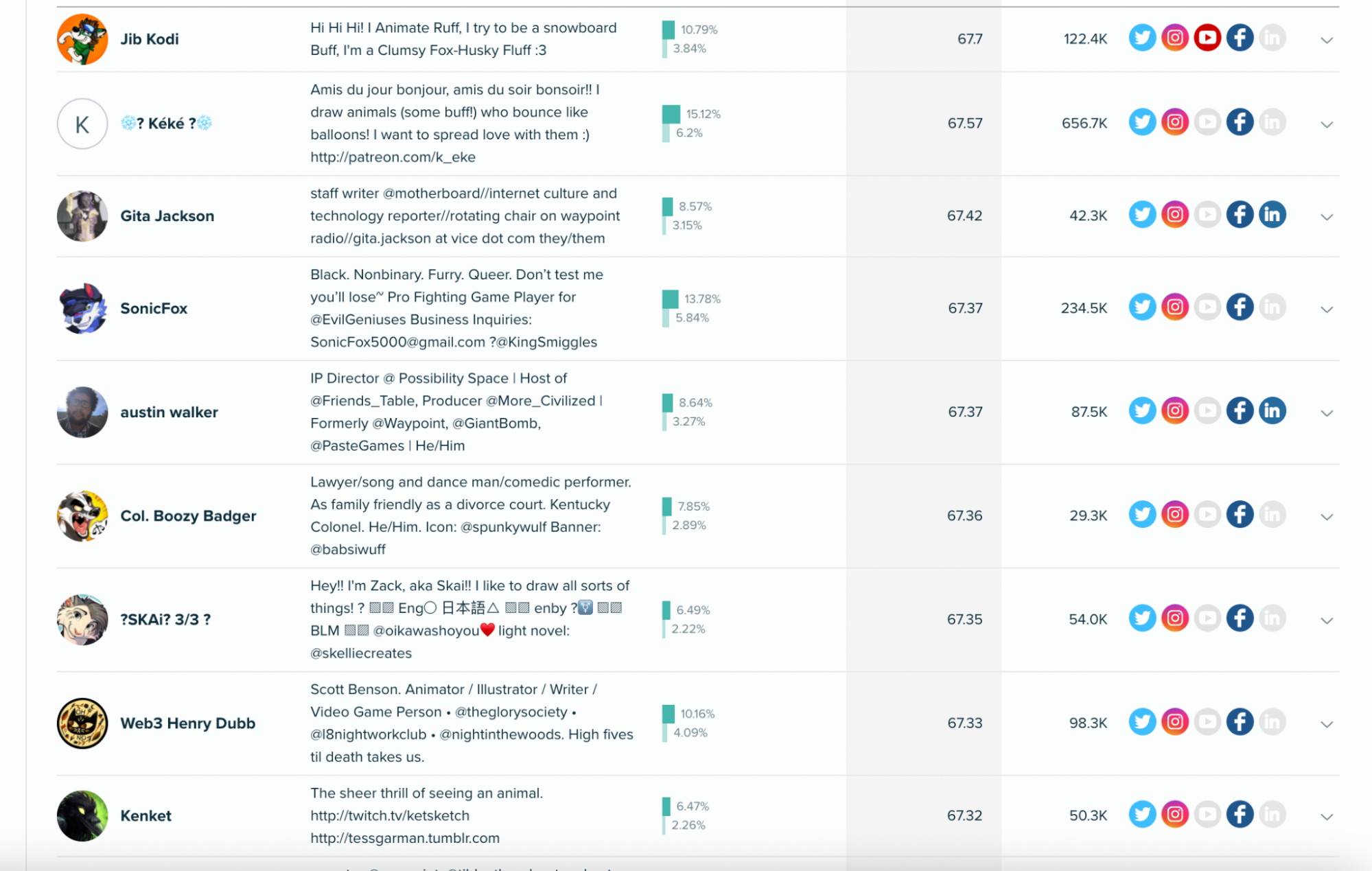 When political matters that affect this segment come up, VICE doesn’t hesitate to tell the story — helping them build better connections with their audience. 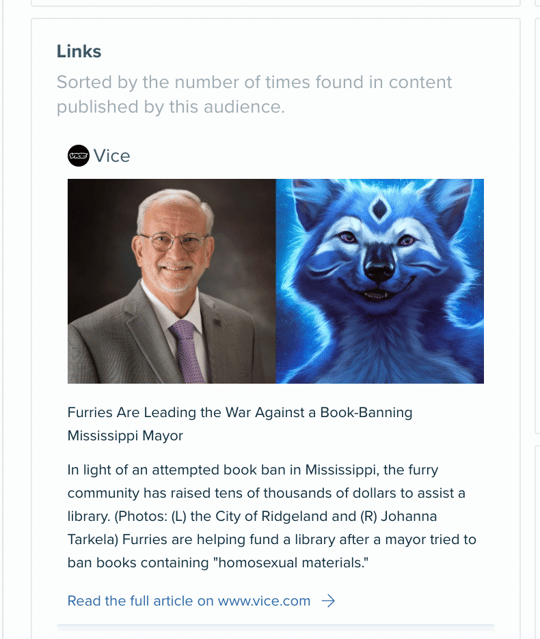 What marketers can learn from VICE

Marketers can learn that even though you might be operating in a competitive market, you need to put your audience first by creating the kind of content they want.

VICE’s example also highlights the importance of using the proper format for delivering content. Although they started as a magazine publication, VICE now has a thriving YouTube channel with over 15 million subscribers.

The lesson? Publish your content where your audience usually hangs out online and in a format they’ll enjoy.

How VICE can reach even more people

Even though VICE has found success with YouTube, they could get even more reach by showing up on Reddit — the platform their audience is most likely to use.

VICE’s team should seriously consider pouring resources into their efforts on Reddit by empowering a few brand ambassadors that can find subreddits that relate to their audience at large and nurture more personalized connections there.

A first look at Mashable’s audience shows 18-24-year-old males living in the US. A global, multi-platform media and entertainment company, Mashable understands that there are many ways to share content with their audience, not just the written word.

They also highlight that they’re passionate about culture and tech, with much of their content consisting of the latest gadgets and product reviews. Let’s take a closer look at the audience segments that make up Mashable’s most engaged audience. 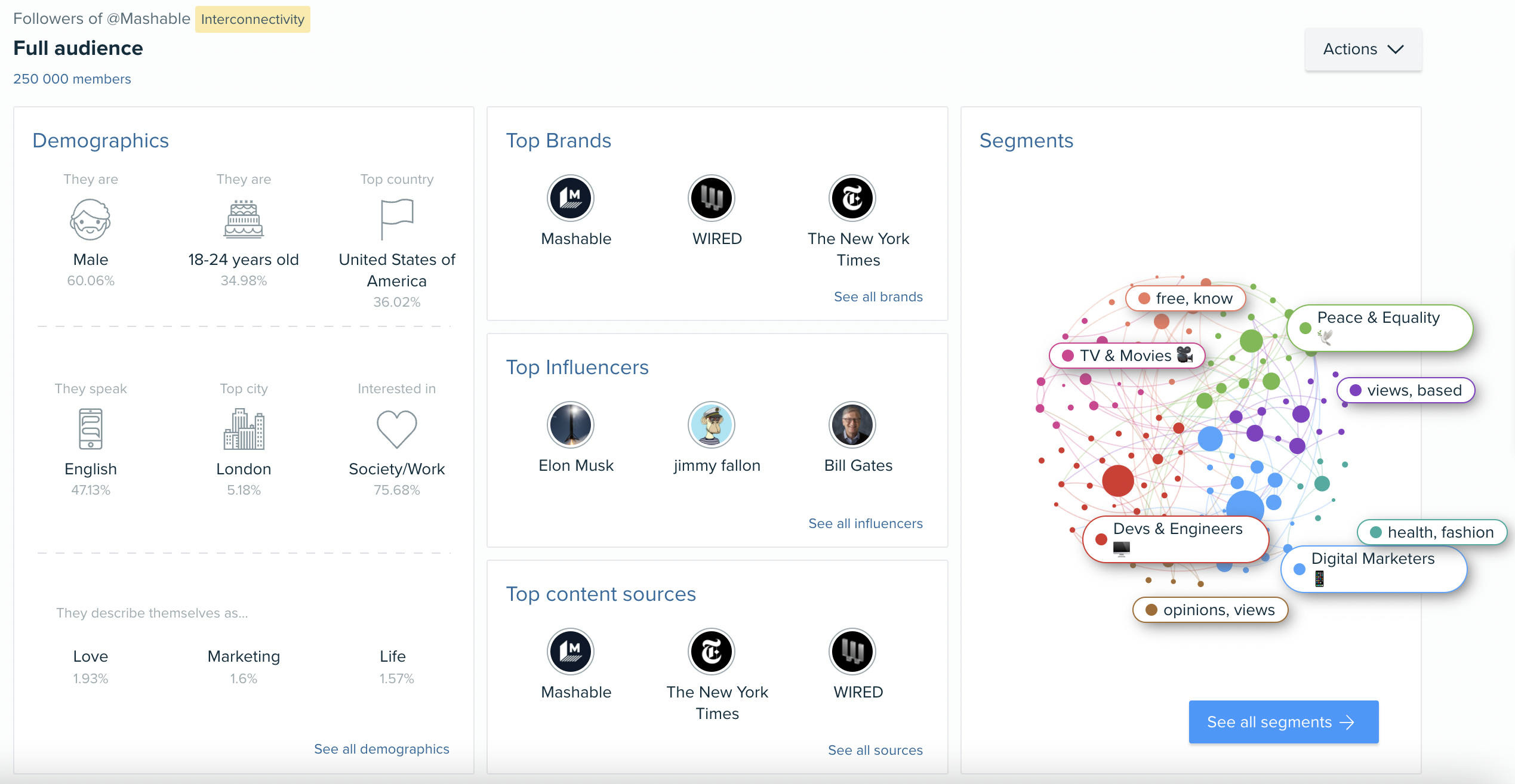 Mashable heavily features tech content on its website. In fact, there’s a whole section on their site dedicated to apps, software, cybersecurity, smart homes, and the tech industry. 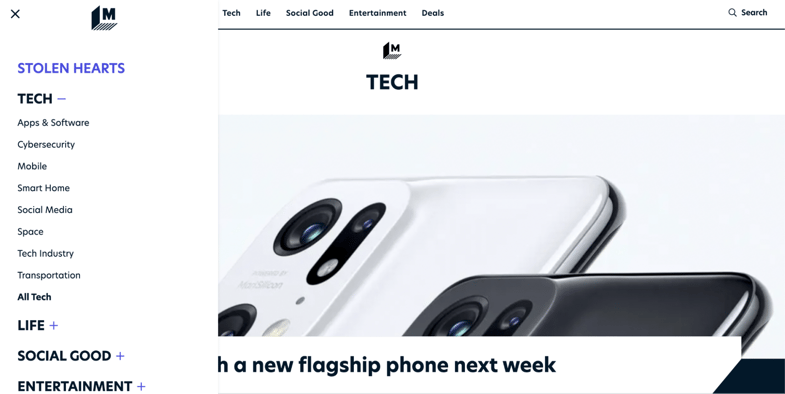 They also have a section where Mashable reviews the latest tech products and gadgets.

Seeing that this audience comprises marketing enthusiasts, it’s likely they come to Mashable to inform their own content and writing — and why shouldn’t they? Thanks to their in-depth product reviews and listicles, Mashable currently ranks for 6.5 million keywords.

How Mashable uses content to scratch their audience’s entertainment itch

In this category, they talk about everything from upcoming movie trailers to interviews with casts from TV shows and movies that have already aired.

Don’t be afraid to go long-form. Although BuzzFeed and VICE usually keep most of their content short, Mashable found success with long-form content, primarily because of knowing what their audience wants.

How Mashable can drive further conversations with its audience

Similar to VICE, Mashable also appears to be underutilizing a platform that their audience is most likely to spend time on — LinkedIn. 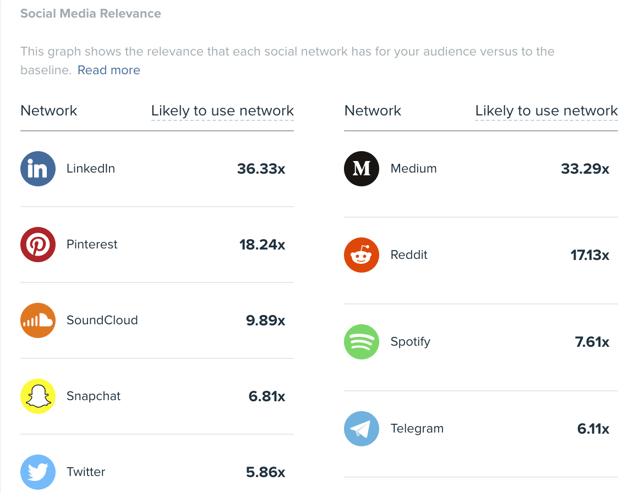 While Mashable already uses LinkedIn (where they have 800K followers), most of what they do is share links from their blog without context. The result? Incredibly low engagement and lost potential on a channel that should be performing at a high level. 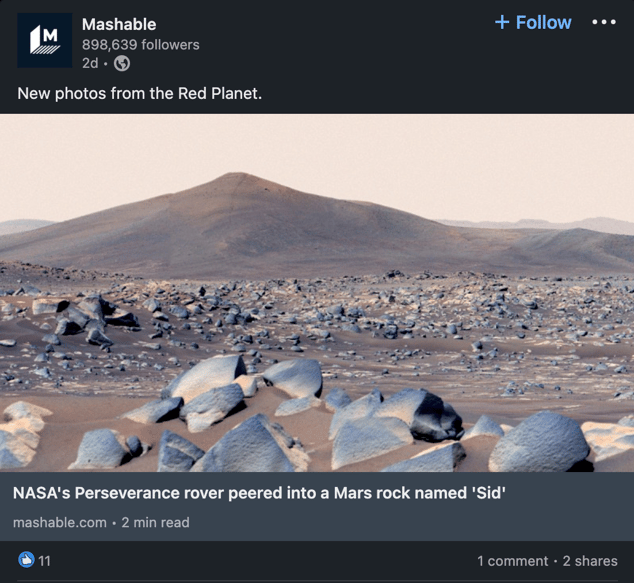 Instead, they could treat their LinkedIn followers as a new audience they’re trying to reach. To do this, Mashable needs to make its content native to LinkedIn.

Types of posts they could use include:

Overall, what they’re doing works. However, when you have this type of data insight, you quickly realize where the gaps are and where you can improve your efforts. In this case, for Mashable, that would be better utilization of LinkedIn.

Here are some key takeaways for remaining relevant and delivering content your audience would enjoy, as learned from media companies like BuzzFeed, VICE, and Mashable.

If you’re ever struggling to understand your audience and what content you should create that will resonate, we recommend you take a deep dive into your audience segments.

With an audience analytics tool like Audiense, you can quickly find who motivates your audience, the type of content they like, the social platforms they’re likely to use, and more to create content strategies that work.