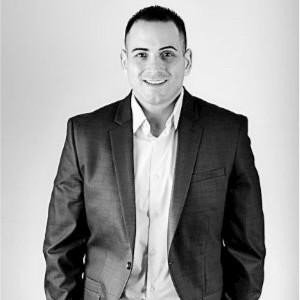 I’m not a big fan of using the word audience when referring to customers. It implies that your customers have nothing better to do than sit down, pay attention, and listen to everything you have to say.

This couldn’t be further from the truth.

Audience is such a vague word when describing a group of individuals that you suspect may want to buy your products. Over the years smart marketers started adding the word “target” in front of audience because it sounds more strategic. The word is used so much these days that it has lost its meaning.

The process of identifying target audiences has continued to shift, as many marketers are trying new techniques to learn more about their customers. One such technique is building audience personas. An audience persona is the visualization of a fictitious person that represents one of your core audience segments. Most personas look something like this:

Imagine a nicely designed PowerPoint slide with the name Michelle at the top and a photo of a suburban mom smiling while snapping a selfie at the grocery store.

The short bio describes a working mom, married with two children, lives in the suburbs, drives an electric SUV and shops at Nordstrom’s Rack.

She makes $110K a year working as a director of marketing, works out at the gym on weekends and when she’s not driving the kids all over town, she’s at home watching HGTV while multitasking on her laptop.

But is this really your audience?

According to a study by Customer Camp and Audiense, 85% of marketers don’t have enough information about the consumers they are trying to reach. This doesn’t surprise me. Just because you hire a consultant, download a template from HubSpot and brainstorm some ideas on a whiteboard doesn't mean that you know your audience.

2022 is right around the corner and it’s time for marketers to double down on audience research. Here are four things to consider when doing so:

1. Press “Pause” on the Speculation

There’s nothing wrong with having thoughts, assumptions and even a hypothesis about who your audience is and what they care about. But consumer values, attitudes and world views have changed dramatically. This is partly due to cultural and societal shifts in the world like the pandemic, isolation from the shelter in place and social injustice plaguing the country.

Speculation is fine if it’s just the starting point. But to gain insight into an audience, you’ll have to invest in defendable research that will give you a glimpse into the psychology of why consumers do what they do, their purchase behavior and the trends, stories and topics that demand their attention.

There are a few different ways to start piecing some of this information together. Search behavior is one way to understand buyer intent based on the language used when searching. Facebook can deliver insights into the larger interest graph. LinkedIn has strong audience data related to job titles, companies, education, industries and more. And while expensive, traditional research can uncover very targeted and specific questions about different audience groups.

2. Looking At & Beyond Traditional Research

According to SurveyPolice, large tech brands like Verizon and Apple use traditional market research to find out exactly what their customers want and expect. This is one very effective way to measure customer satisfaction. Similar to focus groups, traditional research can help answer very specific questions.

But one thing that the 2016 election taught us was that survey data alone is not always accurate.

The issue is the unconscious bias in the development of questions. As marketers, there are very specific things that we want to know about our audience and often times we corner survey respondents and take them down a very narrow path based on our line of questioning. There is also a psychology issue at play here. People who participate in surveys are in a much different frame of mind than when they are having organic conversations with friends and colleagues back at the office.

It’s kind of like the reality show, The Bachelor, which isn't reality TV since everyone knows they’re on camera. It's safe to assume that we would see very different personalities, behaviors and storylines forming if they didn't know they were being filmed.

Primary research is not cheap. The narrower the target audience, the more expensive it will be. For example, surveying a large panel of millennials in Portland would be much easier and less expensive than IT Decision Makers working in the in the enterprise. In either case, if there is budget to spend on primary research it would be a very smart thing to do, especially when it’s coupled with other data points.

According to the Gartner report, “Marketing Data and Analytics Survey 2020”, a large proportion of senior marketers aren’t happy with the results they receive from their marketing analytics investments. The good news is that despite the disappointment, 73% of the respondents are planning to increase investments in 2021.

Audience intelligence software is gaining momentum and several startups are beginning to disrupt the marketplace. A few years ago, I started to curate all of the audience intelligence platforms I have used and documented my experience with each. In fact, analyst firms like Forrester are now starting to recognize this technology as a vital piece of the full marketing tech stack.

This methodology of audience intelligence uses public social data to identify groups of people to understand their brand affinities, the social channels they use the most, the articles they read, the media publications they subscribe to, and the conversations they are having with friends and colleagues.

The best way to contextualize audience intelligence is comparing it to that of traditional research.

Imagine for second being at the zoo and watching a tiger interact with other tigers in a confined area. Undoubtedly, the tiger understands that he/she is being watched. They are acting in a way that’s unnatural to who they are and what makes them a tiger.

Now imagine being on a safari somewhere in the jungle and watching a streak of tigers interacting with each other. They are free to roam, go where they want, bathe when they want, hunt when they get hungry and play with their cubs.

This is the difference between using just traditional research or audience intelligence when trying to understand your customers.

Artificial intelligence touches most of our lives as consumers, but it doesn’t do everything, at least not yet.

Today, audience platforms only take you about 45% of the way when analyzing large data sets. Most of these platforms will provide an audience’s top interests and brand affinities. It's typically based on follower or relationship data. If a large percentage of the audience follows a particular brand on social, it means the audience as a collective group has a strong affinity for that brand. In some cases, this data will be compared to that of the general population, which then gives insight into the interests and characteristics that makes the audience unique and different from everybody else.

However, humans bring something unique to audience analysis––personal experience, context, worldviews and more importantly, the domain expertise when interpreting the data, filtering for patterns, and providing context.

The human layer of analysis is the main component of finding white space in large data sets.

The most important thing you can do as a marketer is to admit that you do not know much about your audience. Once you overcome that hurdle, you can explore several ways to uncover insights into who they are, what they care about, what motivates them, and their personal values.

I would suggest using a blended approach of building a data-driven audience persona that you can use to inform all of your marketing and communications programs. The audience data will tell you what their interests are, what keeps him up at night, what media publications they read and more. Traditional research will tell you the “why”.

Previous Story
← [PODCAST] Challenging conventional thinking to grow in the world of social intelligence
Next Story
What is Social Media Audience Segmentation? →

FMCG brands: are you leveraging your retailer’s audience?