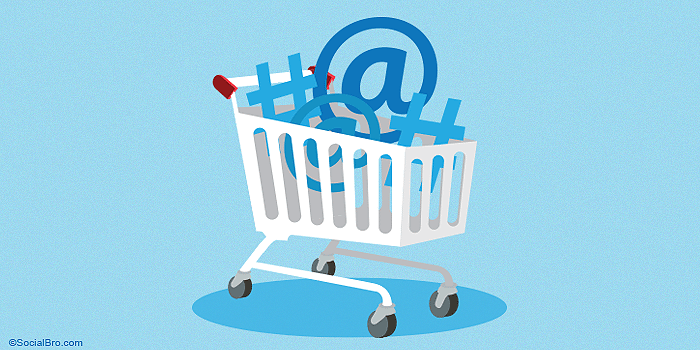 FMCG brands are the kings of Twitter marketing. They thrive on viral content and ride the waves of topical news stories, attracting their most engaged Twitter audience. But are they missing a trick by not taking into consideration a whole set of audience bigger than that of a prime time news channel?

The ‘big four’ retail grocers (Tesco, Sainsburys, Asda and Morrisons) have a combined Twitter audience of 1 million, and if brands aren’t reaching that audience, they are losing out on a big number of potential brand advocates.

FMCG brands and retailers are notorious for having a shaky relationship. Brands are well aware that having a stable foundation with their retailer is key, especially if they want to focus on engaging with their customers.

Brands ought to think of retailers’ massive followers as channels within channels. For every one who is tweeting and engaging with the retailer, there is a potential customer in there for the brands.

Rob Sellers, Director of Grey Shopper in his article in Marketing Magazine says, “Savvy FMCG brands have regarded retailers as a media ‘channel’ for some time. We often frame the weekly footfall of Asda or Tesco as bigger than the audience of the X Factor final.”

There are two ways FMCG brands could go: collaborate with their retailers on Twitter (owned) and paid media (earned), which would mean targeting the retailers’ followers to turn them into healthy brand advocates.

Sainsbury’s current Twitter follower count lies at 347K, that’s three hundred and forty seven thousand followers that FMCG brands could spread their messages to – for those brands that don’t have the resources to reach a large audience through traditional media, here’s a huge group of audience that is waiting and ready to be wowed.

This begs the question: How does a FMCG brand that has an impressive Twitter follower count themselves, target and engage Sainsbury’s 347K followers? The answer lies in Twitter ads through careful segmentation of that audience. This not only transforms brand awareness into sales, but also strengthens the relationship between the brand and retailer.

Knowing your customer is the first aspect in any form of marketing. For a brand to target potential customers through a retailer’s followers, the first step is tailoring your message to a tailored audience.

It’s fairly important to take the customer journey into consideration when thinking about how to target a retailer’s followers through Twitter ads. Advertising at the right time drives more sales and gets a brand more noticed. Your social campaign may have a different impact on your customers depending on when they interact with it. At the beginning of the purchase path, social helps customers gain awareness of your product or service. In the middle, it creates desire and boosts interest. And in the end, it helps seal the deal.

There are several ways in which a brand can use Twitter ads to target a retailer’s followers. Highly focussed targeting and segmentation of audiences helps in combing through thousands of followers and really attracting only those that would potentially have an interest in a specific brand.
One of the biggest advantages of Twitter is real time news, allowing a brand to enrich this data. The chatter, the noise and the conversation is all a real time barometer of brand status and it’s that much more important to always have one ear at the Twitter door.

In today’s connected world, a brand can’t be too far from advertising on multiple screens. 61 per cent of shoppers use their smartphone to research or purchase products, and if brands aren’t targeting these shoppers, they’re missing out on a big chunk of their audience. To take segmentation further, it’s advisable to see which tweets come from which device, allowing social media campaigns to target an audience that is swift with smartphone shopping.

Paid media on Twitter not only sets the basis for brand awareness, but also helps greatly in turning that brand awareness to major sales.On a second note, targeting a retailer’s followers (say, 347K of them), pushing relevant content to them, turning them into potential customers helps a brand get automatic advocates – loyal customers who wouldn’t look elsewhere because they have been enjoying personalised, tailored content specifically meant for them.

For any FMCG brand that creates a Twitter campaign targeting a retailer’s audience, it is recommended that they first start with a brand affinity graph that charts out how many followers they have in common with their retailer(s) of choice. This allows them to set a benchmark. Once the campaign has been completed, map out another brand affinity graph to see if that number has increased, and how many followers they have converted.

Below is a brand affinity benchmark we created using SocialBro data with Sainsbury's as the retailer and fizzy drinks brands to see the number of followers they could target. 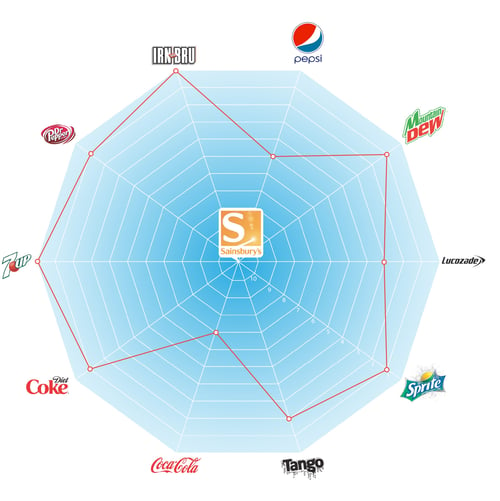 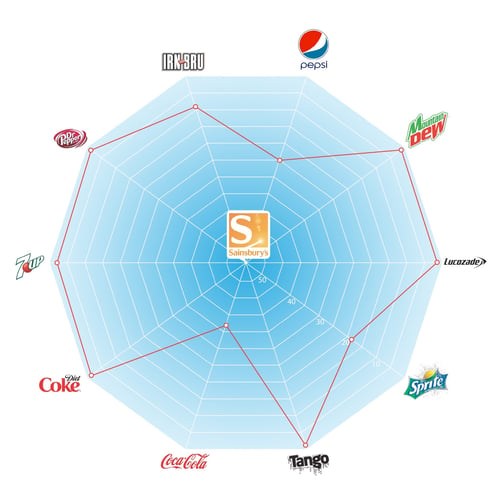 Previous Story
← 9 Key Social Media Questions To Ask Before Your Business Enters A New Region
Next Story
The Evolution Of Advertising On Twitter, And What Comes Next →