With over 480 social media accounts on 12 platforms, including over 170 Twitter profiles, co-ordinating an active, award-winning social media team is an astronomical task. For NASA, social media isn’t just about posting the prettiest pictures of space to rack up retweets, the team are also on a mission to turn their 30 million plus followers into science enthusiasts.

We spoke to John Yembrick, NASA’s Social Media Manager, and Jason Townsend, NASA’s Deputy Social Media Manager, to find out how they do it. They didn’t just give us a blow-by-blow account on how they mastermind a social media team of over 150 people across the solar system... They told us about the surprising things their audience taught them, how they pick their key influencers, and how they turn textbook-rewriting scientific discoveries into 140 understandable characters. We’ve also discovered some of NASA’s best practice tips that could work for you, no matter what size your business is. We’ve outlined them for you at the bottom of the interview. 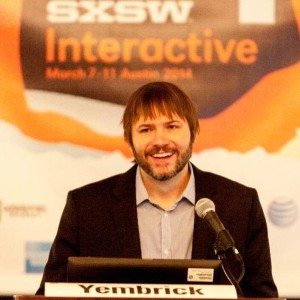 John Yembrick, Social Media Manager, NASA
Why does NASA need to have a social media team?

John Yembrick: We started on social media in about 2007 and back then it was integrated into existing communications processes. So you’d have public affairs officers who would do news releases media co-ordination or press conferences, and they were also doing social media as part of their job back then. But it grew to be so much more and covered a multitude of activities and areas. For example, we now have over 480 social media accounts, [and] we do social media events with the public to come out to our facilities to look behind the scenes at what we’re doing. To co-ordinate something that size you really need a full team to do the job well.

What are the aims of NASA’s social media strategy?

Yembrick: As a federal agency, our job is to be information officers and let the taxpayer know what we’re doing. On the other hand, NASA is unique. In our Space Act we actually have a direction to communicate what we’re doing to the widest audience possible. This isn’t just to tell people about NASA activity, but to inform people about science, math, engineering, technology. It’s a broad mission which can really connect with everybody.

Civil space exploration is a peaceful endeavour that the agency pursues and we’re really trying to spread that message across the world. To do that well, we need a combination of two things. We have to be strategic as marketers in order to get people engaged and participating with NASA but we also need the information side of it where we tell people about the science and let them know how it connects to their lives.

Why are there so many accounts, and how do you organize the teams for them?

Yembrick: It’s a lot of accounts to have, but NASA is a big organization. Most of our missions, astronauts, and field centres have their own individual accounts. The reason for this is that they all have their own unique story to tell. For example, we can’t put out every single thing that NASA is doing with 3D printing on the main NASA accounts because there’s just too much stuff. We’ll cover big milestones on the main NASA accounts, but if someone wants to learn more about the day-to-day activity of a specific project, program, or mission then there’s an account that covers that.

How do you organize a social media team for all of those accounts?

Yembrick: We have two social media leads (Jason and I) at the NASA headquarters in Washington D.C. Then we have a social media lead at each of our ten field centres across the country, who oversees social media on the projects and programmes that are based at that field centre. Some of the leads at those centres work full time on social media, for others it’s a percentage of what they do among other communication responsibilities. In total, we have over 150 people officially using social media, with many more helping out as a smaller part of their job. 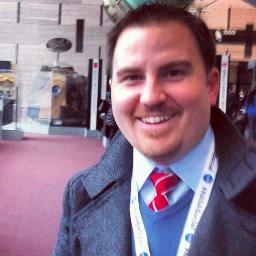 Jason Townsend: No two days are ever totally alike. We’re co-ordinating a lot of different content, so some days may have tons of science news so we’re working with our science colleagues and the folks involved with the missions in order to share the latest in cutting edge research and discoveries. They are sometimes literally rewriting science textbooks. Other days we’ll be doing live coverage on exciting events like space walks or satellite launches. On days when we don’t have big mission activities going on we’ll be coordinating upcoming content with our team, discussing our best practices, looking at ways we can optimize our content for different platforms.

Yembrick: Every morning we have an editorial board meeting at NASA communications office and that goes through all the things happening that day. We attend that to get a heads up on what’s coming out and when, and we’ll try to coordinate that with all the other content on our social channels. A lot of things happen every day at NASA, so we have to think about what’s most interesting to the public and most newsworthy.

How far in advance do you tend to plan your posts?

Townsend: It depends how much lead time we have. For some big events we’ll have two or three months, giving us time to sit down with all the people involved to build a really cohesive, fleshed-out plan. Other times we’ll have 24 hours of notice, and we’ll have to look at packaging existing material and quickly figure out how to set it up for success on social media.

Do people need to have a strong science background to join NASA’s social media team?

Yembrick: There’s no set requirements or skill sets for our social media team, there’s a huge range of folks. We have people who are IT specialists or are scientists at NASA posting on social media, but most of the people that we interact with daily who oversee social media at NASA are communications specialists who don’t have science backgrounds.

A lot of NASA’s discoveries require a deep knowledge of space to truly comprehend. How do you make these scientifically complex discoveries understandable and socially engaging for your followers?

Townsend: We have a great team of science writers that work at our different centres, who sit down with the scientists and basically interview them. The writers try to get to the heart of the research that the scientists have done and what they’re talking about. They then create a document on how best to communicate it with the public. Once it has been checked multiple times for accuracy and clarity, the social and web teams will be given that information. We’ll then start building our content based on the document, and at that point the language has already been thoroughly vetted and approved for release.

Over 30 of your astronauts have a Twitter profile, with some having well over a million followers, how involved with their profiles are you?

Townsend: It’s up to the individual astronaut what their level of social media activity is. We’re happy to give advice to help them make the most of the platforms available or offer training on particular social media tasks. But the astronauts look after their own profiles, everything on their accounts is directly from them. You’re seeing their words, their photos, and their authentic experiences.

Your NASA socials (formerly NASA Tweetups), such as the recent one for the Orion launch, take people behind the scenes at NASA and allow them to live Tweet it as they go along. How do you pick who to invite?

Yembrick: When we first started those events we were picking people at random. We now assess each application that comes in and try to invite a socially active group of people who will reach the most diverse audience. To a certain extent we take followers into account, but we’re really after influencers and teachers who can tell our story to people who may not know about what we’re doing.

What have you learned about your community from these social events?

Yembrick: We see things from NASA’s point of view all the time, and can take some things for granted. So when people from outside the agency come in they see things from a space enthusiast’s point of view, or just an interested person’s perspective. They’ll take pictures of something like a test stand, which we wouldn’t think is worth highlighting at all, but the public react because they don’t usually get to see that. So these trips are an opportunity for them to share things like that with their friends, followers, and family, and for us to learn more about what people want to take a look at.

What are your biggest challenges, and how do you try to cope with them?

Yembrick: There’s big discoveries happening all the time, the astronauts are always posting amazing images, and organizing the content around it into a cohesive strategy across all our accounts is tough. To keep everyone on the same page, we have weekly social media meetings that all of our account managers are invited to, but we’re a large organization so getting that group together is still an ongoing challenge that we’re working to improve.

Townsend: We’ll regularly have ten to twelve unique stories to tell on the same day that are all equally deserving of their moment in the spotlight. Spacing them out enough so they’re not stealing the attention from one another is part of our challenge. To help alleviate that pressure we now share content on weekends as well. This gives a chance to some of the stories that didn’t get a lot of attention during the week because we had other big stories on the same day.

Your social community is quite diverse, in what ways has it surprised you?

Yembrick: When we started our NASA socials we figured it would be them coming to meet us and seeing what we do. But what we didn’t think about was that they’d meet each other and form their own community to stay in touch afterwards. They’ve set up their own Facebook group, they’ll set up their own telecons to talk about what NASA is doing, and they’ll even organize their own ‘rogue’ socials where they’ll organize group trips to launches. When the government shut down last year and we couldn’t Tweet, they started the hashtag #ThingsNASAMightTweet to continue our story while we couldn’t. The level of ambassadorial activity from this community - that really we didn’t see coming - has been a wonderful way to continue to share the message of NASA.

Townsend: It’s sometimes surprising what people are actually interested in. We have a good idea about the bigger stories that will get a lot of interaction, but we’ve discovered that less groundbreaking stories can still connect with people if there’s a personal aspect to it. For example, when the astronauts Tweet pictures of a certain city a lot of people will say “I’m in that city, I’m on the ground somewhere in that picture near that grid of streets.” It’s something that has a real impact on people and those tend to do really well.

So what can you learn from this if your business isn’t sending rockets into the far corners of the solar system and beyond? We’ve looked at what NASA is doing with their social channels and picked some key takeaways that will help your business socially soar: