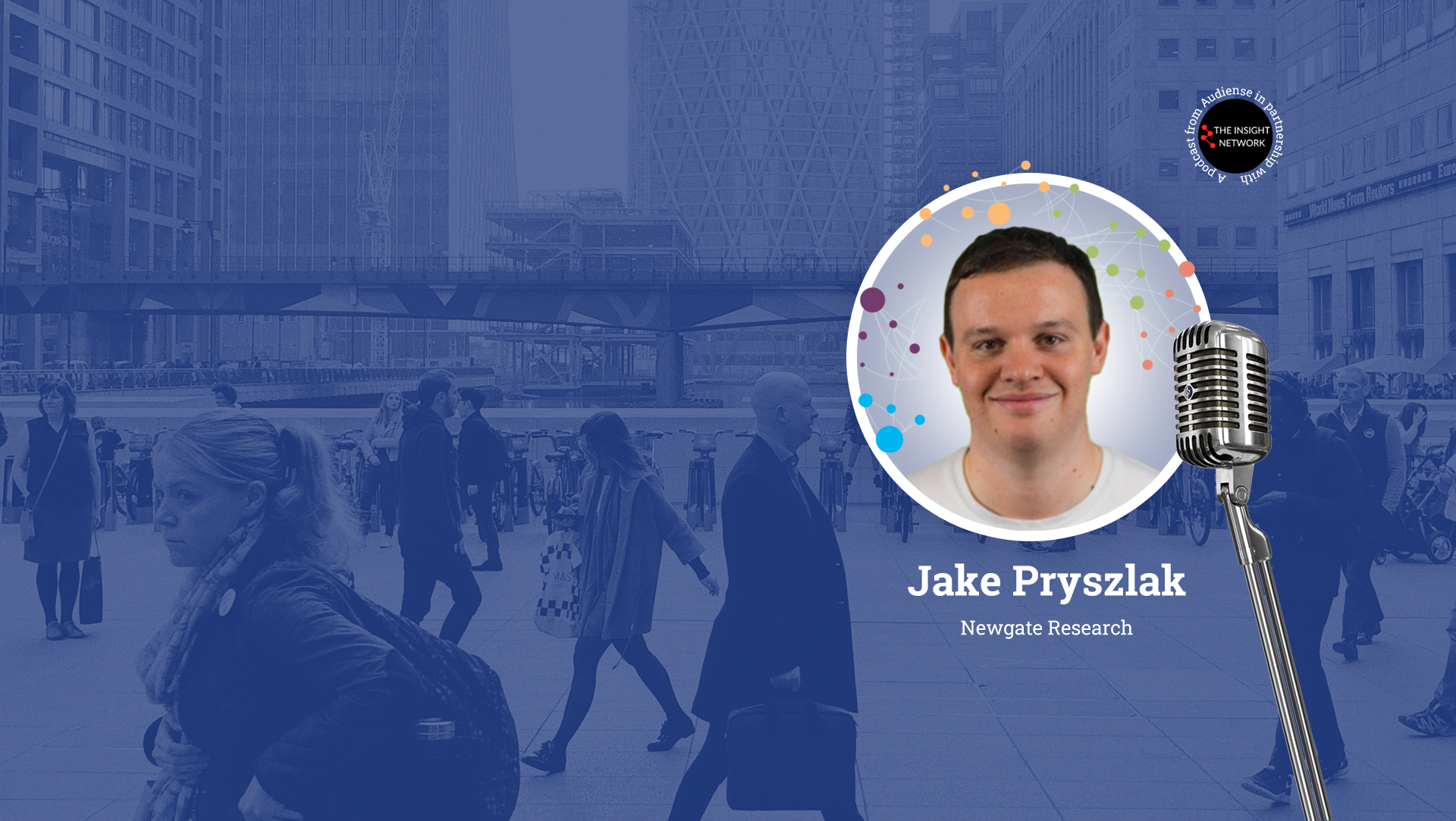 [PODCAST] The importance of building a personal brand

On the fourth episode of the Data Stories: Leaders at Work podcast, Rahul talks to Jake Pryszlak, associate partner at Newgate Research, a firm that specializes in quantitative and qualitative research applications.

A natural sports fan, Jake has been waiting for a Liverpool title for over 20 years now. He saw it as an organic transition from university to find a career working in sports. After completing modules in research methods, he got a great opportunity working for a national research team conducting market research on a global scale.

Jake started blogging about market research during his master program. He and a friend found themselves worrying about job prospects after graduation as there was no much difference between their qualifications. In order to stand out from the crowd, Jake decided to create some meaningful content through writing blogs about market research. That expanded to Twitter and other services. But ultimately, he really was just trying to get an interview, but he kept blogging anyway. He thought he was offering something unique, and really enjoys the blogging process.

Speaking about Gary Vee, Jake remembers being inspired by Vee’s “knack” for making the most out of the platforms available. Vee especially was good at creating the most value out of a little bit of content online. That niche marketing was attractive enough to Jake to get him into the social the marketing world.

Even in his current role, Jake still prioritizes time to write a blog post just to keep up those relationships. He will even speak to readers of his blog just to have a conversation. His employers knew that this was a big part of his personality, and he’s thankful to be able to keep it running. After all, conversations on social media can turn into clients for the agency he works for.

Moving on to Jake’s career, he was lucky to find a sports agency relatively early on in his career. When talking about the benefits of preparing to speak at conferences, he tells the listener to not be afraid of getting rejected. “There is a great need for prior work ahead of going into the conference circuit,” Jake suggests.

Finally, in the question round, Jake answers splendidly. His most important tools are Excel and his phone. One resource that has helped him in his journey is the book The Chimp Paradox. It describes a mind management system for increasing happiness in your private and professional life. “Market research is not just about the methodology of data collection, but about what is going on in the different clients’ worlds,” Jake shares. Because of this, he also sees Twitter, YouTube and LinkedIn as invaluable resources in the research world.

Jake’s parents are the ones who have had the greatest impact on his life. He thanks them for all their advice at every stage of his career. Incidentally, no one else in his family is actually involved in marketing at all. His father is an architect, but the skills still apply.

His advice to young professionals is to ask people point-blank what they think about your CV—and be brutally honest about it. That kind of advice is what can make or break your chance at the career of a lifetime. A polished CV (and a growing body of connections) may be the ticket into the interview you want. Though he’s an introvert by nature, Jake really enjoys the opportunity to speak in front of a group of people. He refers to it as a “light bulb” moment, and he would use those opportunities to be upfront about what he wanted from individuals and conversations. The directness will ultimately help you. It is a slow process trying to get people to be direct with you, but it will pay dividends when someone actually does offer helpful criticism of your CV.

“I won’t be the first person to talk at a conference...normally I go off in the corner and listen to some music to prepare myself for speaking to strangers.” If money weren’t an object, he would keep doing research—just from the beach. And make sure to connect with people in the job space you want. Not the directors, but other new people. Look for inroads and take advantage of them.

The full version of the podcast with Jake Pryszlak can be listened here: