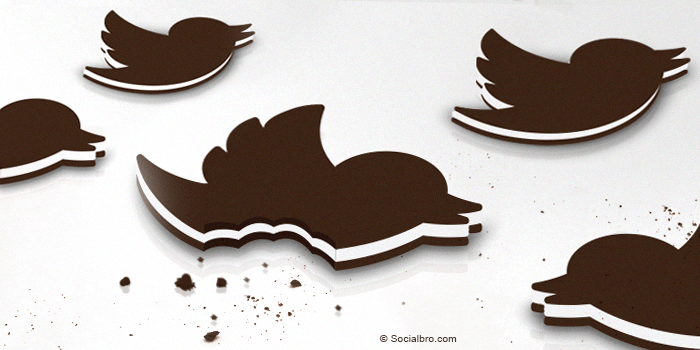 In his 1989 hit ‘Americanos’ ex-Frankie front-man Holly Johnson listed icons of US consumerism, singing: “Americanos, Blue Jeans and Chinos, Coke, Pepsi and Oreos”. Oreo, Oreo, Oreo, the brand name and logo is recognised everywhere around the world with the creme filled cookie becoming the best selling one of the 20th century. But they didn't stop there, over 100-year-old brand has welcomed the 21st century and embraced all the changes in communication and technology with open arms. The brand continues to consistently 'creme' their competitors on social media, winning new fans, increasing sales and earning international plaudits.

With some of the most successful real-time responses under their belts the Oreo social media team continue to pioneer the world of ‘owning the moment’ marketing. Oreo paved the way for the new marketing trend, proving it’s viral power during the 2012 Super Bowl with it’s response to the ‘blackout’. It received so much coverage, the company estimates that the tweet generated 280 million “impressions” outside of the digital world.

Power out? No problem. pic.twitter.com/dnQ7pOgC

Oreo had already aired a solid TV ad with their “Cookie or Creme” spot. But they were set up to capitalize on social media when the lights went out.

“We had a mission control set up at our office with the brand and 360i (advertising agency), and when the blackout happened, the team looked at it as an opportunity,” agency president Sarah Hofstetter said.

The key to their rapid response and success was having the executives in the room, ready for some action. Having the branding team in the office meant it was easy to get the copy/design signed off and the tweet up within minutes.

Oreo know they're onto to something, they continue to monitor the return on investment (analysis of the ratio of sales dollars to dollars spent on advertising and promotional activity). When traditional advertising channels (such as TV) are paired with digital and social media efforts, they see a spike; the campaigns are generally twice as effective. The power of the second screen shines through in real-time as well as planned campaigns. “Consumers spend approximately 58 per cent of their time on digital globally, yet media spend within the [consumer packaged goods] industry is misaligned with how consumers spend their time,”.

The brand continues to provide us with amazing real-time response campaigns, however don’t be fooled, their many agency (and monetary) resources around the world allow them to pre-plan for real-time responses. The key to their social strategy is planning and channel synergy. Oreo expertly manages popular accounts on Twitter, Facebook, YouTube, Instagram and Pintrest to create an ecosystem of channels that integrate and interact with each other and with Oreo’s offline print, media, marketing and PR.

So let’s have a look at what this social ninja has produced...

In March of this year, Oreo caused a sensation at the SXSW Interactive Festival with its ‘Oreo Trending Vending Lounge’. Two custom-made 3-D printer vending machines allowed SXSW attendees to create and eat highly-personalised Oreo cookies based on their Twitter trends (using #eatthetweet) with users able to choose from 12 flavours and colours of creme filling and then watch as their unique Oreo cookies were built in front of their eyes.

The promotion was covered by major media outlets across the globe, earning Oreo millions of dollars of free PR.

Oreo’s marketing team were the real heroes of the day during January’s Superbowl between the San Francisco 49ers and the Baltimore Ravens. When the stadium suffered a 34-minute power failure which caused a partial blackout, Oreo’s quick-thinking team came up with a winning tweet. The picture was retweeted 10,000 times in one hour, and subsequently gained more mainstream media attention than any of the $3m-a-slot TV ads screened during the big game.

To celebrate its centenary year in 2012, Oreo launched its ‘Daily Twist’ campaign, which produced 100 images over 100 days that blended the classic Oreo design with a topical news story in highly creative and hilarious ways. The campaign kicked off on June 25th with an image to mark the start of Gay Pride month, with additional images paying tribute to topics including the Mars Rover landing and our favourite Elvis Week.

Another recent – and very shrewd - social media campaign, SnackHacks, has seen Oreo tap into the massive online demand for recipe sharing by teaming-up with chefs Roy Choi, Michael Voltaggio, and Nguyen Tran to create Oreo-based recipes, can I get a YUMMMMM!!!!? The mouth watering dishes include Golden Oreo cookie and panko-breaded chicken, bread pudding and nachos. Twitter posts supported YouTube videos of the dishes being prepared.

Anyone hoping to raise awareness of their brand via social media should pay close attention to the commitment, consistency and creativity Oreo applies to its social communications. After all, when it comes to digital marketing, Oreo has shown itself to be one very smart cookie.

Previous Story
← Hijacking a hashtag: 16 brands playing Game of Thrones on Twitter
Next Story
No friends? No problem! 8 ways for introverts to find their social media mojo →

Unilever’s looking to a #BrightFuture, the best Of brand tweets & a round up of #SMWLDN