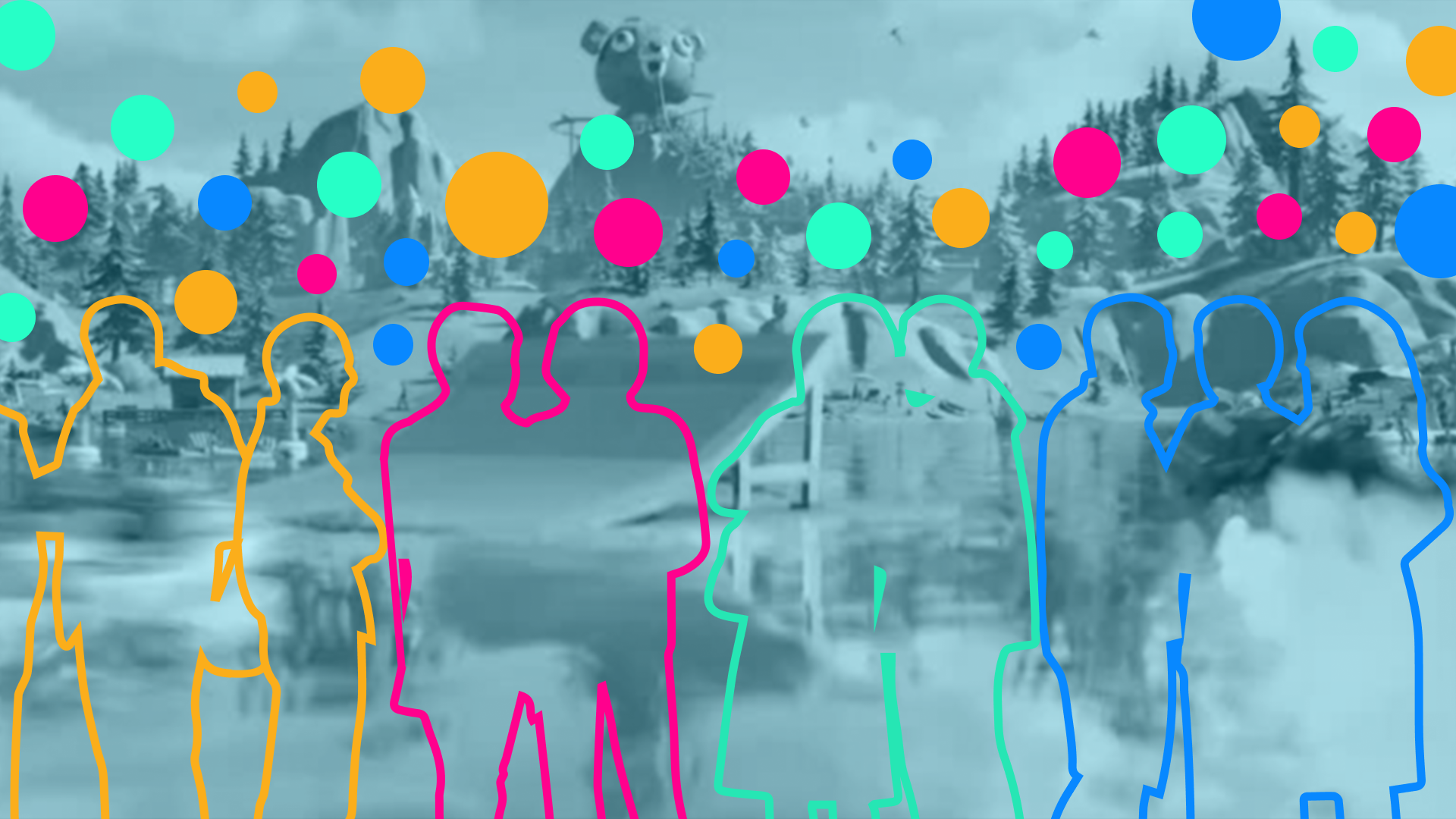 Whether you like to race cars, grow flowers or crush candy, video games are not just for kids. More adults are playing games than ever before, says the ESA 2021 industry report. Of the 227 million gamers recorded in the US, 80% are over 18 and the average age is around 31 years old. That’s a lot of purchasing power ready to be tapped into. So, what does this mean for brands hoping to make a move on the metaverse?

Well first of all, let’s pause and understand what the metaverse is, for those of you who keep hearing this term thrown around but are still not quite sure what it means (you’re not alone). According to Deloitte, the metaverse is really just the internet but in 3D, “it’s a form of digital interaction where connected, virtual experiences can either simulate the real world or imagine worlds beyond it.” A bit sci-fi, but nothing you don’t know already.

Of course, the driving force behind many metaverse experiences are augmented reality (AR) and virtual reality (VR) headsets, which will allow consumers to strap in and play. Here are some of the stats you should be paying attention to around gaming and the metaverse:

But of course, we can’t just call gamers ‘gamers’. This is a hugely diverse audience, split almost entirely 50/50 by men and women, and they all have different needs, wants, and styles of play.

In this blog, we’re diving deep into the brands partnering with leading gaming platforms in this space, to understand how they’re using these virtual audiences to transform the metaverse into their very own consumer playground. Are you ready, Player One?

Which brands and influencers are resonating with gaming audiences?

To answer this question, we identified the games that offer the most opportunities for brands: Fortnite, Horizon, Decentraland and Animal Crossing. We looked at each audience individually, before combining them into one mega report and analysing the segments within. We wanted to understand the make-up of the audiences engaging with these games and platforms, the people and brands they were influenced by, where they spend their time and most importantly, if there was any crossover between the audiences of each.

Our data shows us that these gamers are skewing young, with 18- to 34-year-olds accounting for an incredible 66% of the total audience. While they have a worldwide presence, the USA, UK, Canada, France and Mexico appear as the top countries for the audiences and cities such as London, LA, Chicago and Hong Kong all rank as the top cities. English is the most widely spoken, accounting for nearly 60% of the audience, closely followed by Spanish, French and Japanese. 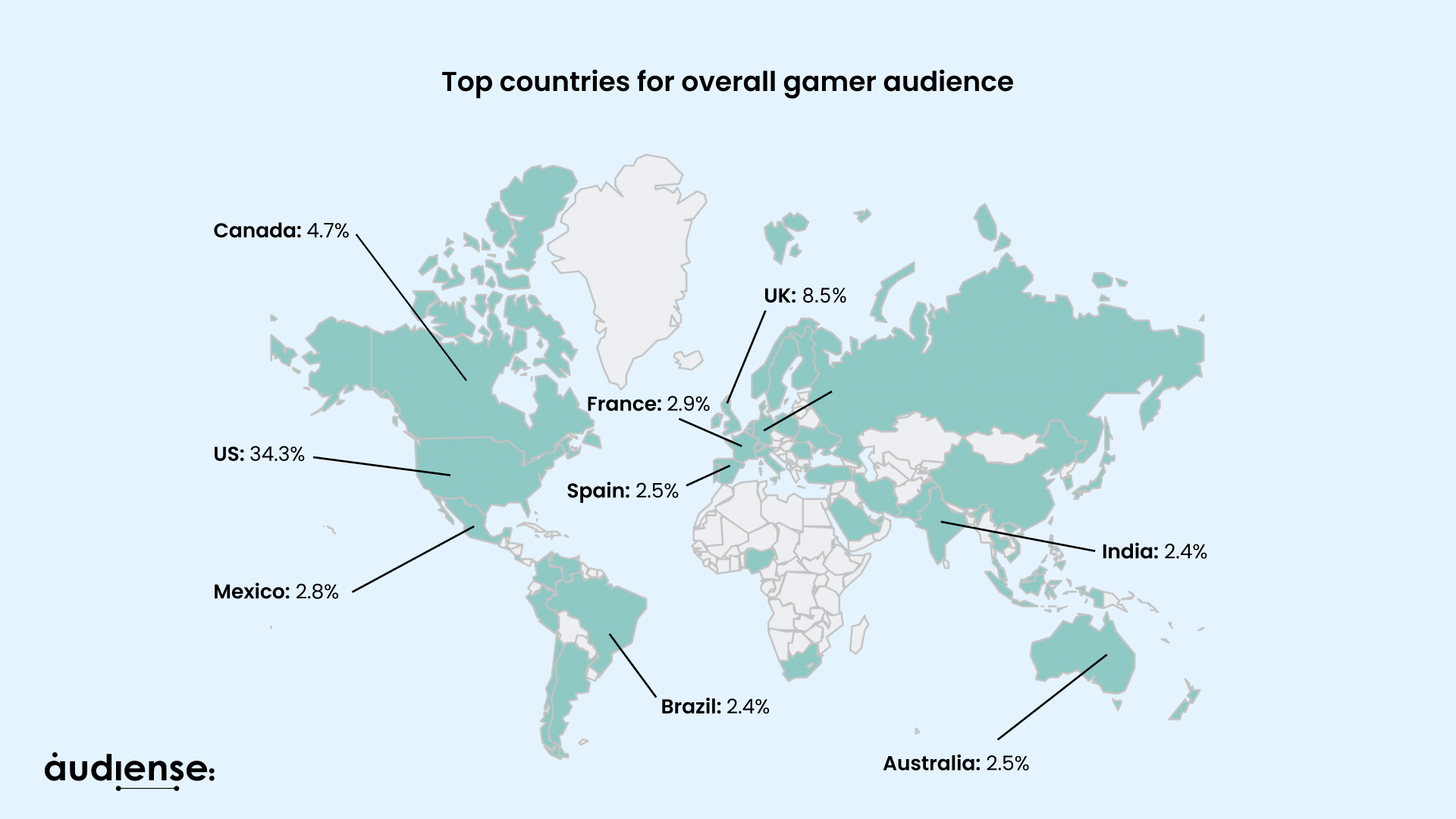 If you’ve read our previous sector spotlight pieces, you know that your audience is not a monolith. That’s why we’ve taken the time to identify the biggest segments in these audiences that brands can play with.FYI, our reports can produce up to twenty segments, but for this analysis we'll be focusing on the top three, and we have removed the other segments from our view. 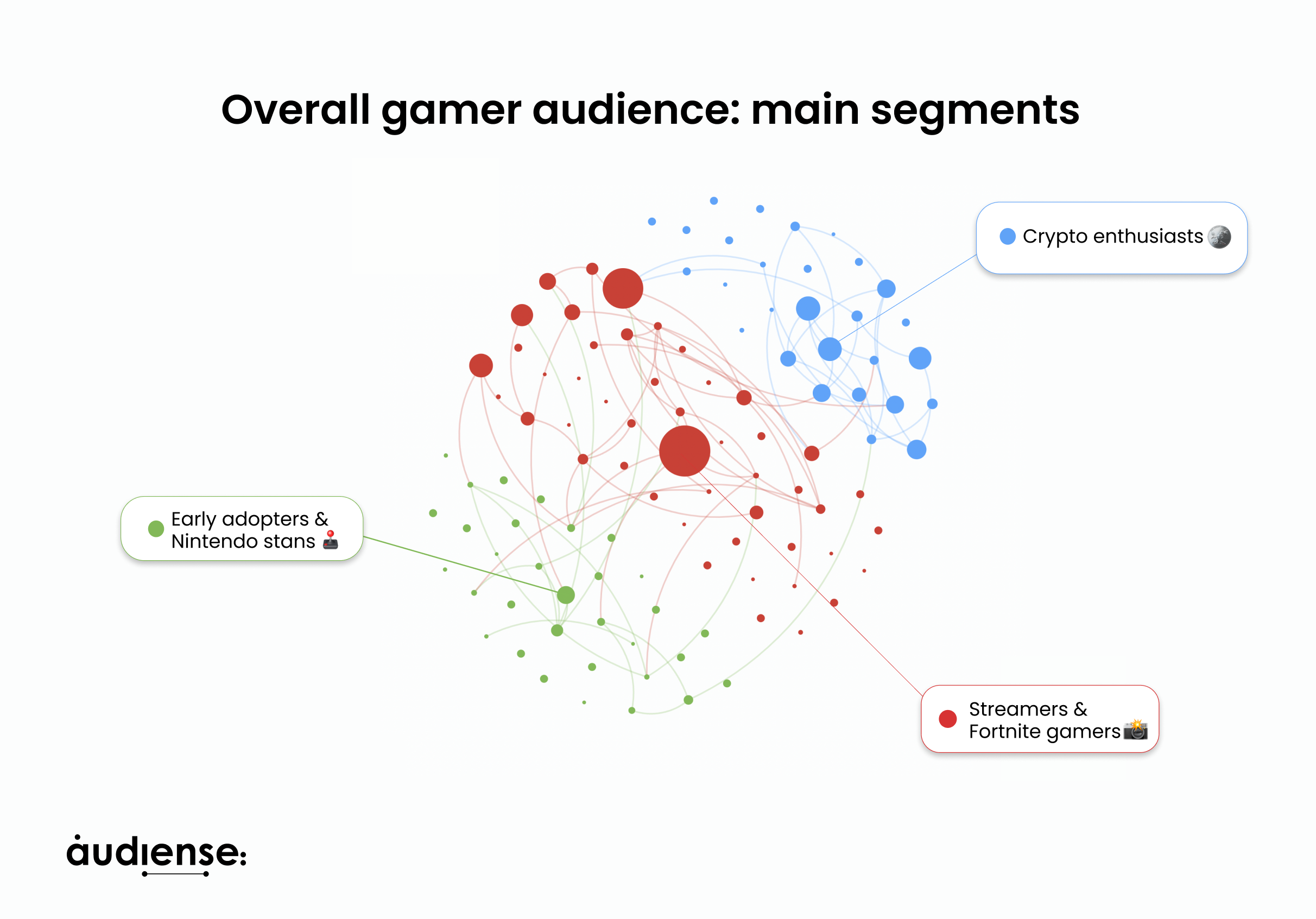 Which platforms are helping brands navigate the metaverse?

It’s clear that there’s more to marketing in the metaverse than putting out a post and hoping for the best. If you want to grab the attention of these different segments, metaverse campaigns need to be immersive, exciting and most of all, they need to truly understand what these consumers are looking for. It’s time to get creative. Here’s how brands are working with popular gaming platforms to navigate the metaverse.

After bursting onto the gaming scene in 2017, Fortnite has been a global sensation with its Battle Royale style gaming. Consistently ranked as one of the top online games worldwide, Fortnite offers a VR experience and an event destination, packaged as an addictive game. As its power grew, brands and artists flocked to claim a part of this highly influential game as their own, through selling skins, dances, and events as micro-transactions in-platform.

Summon a spinning ball of chakra 💥

Grab the Rasenshuriken Emote along with the rest of the Naruto Set now! pic.twitter.com/6P87CP2ZGB

One of the first forays into Fortnite as a virtual events platform came from Travis Scott, which racked up 22.7 million live views (around 110 times more than Glastonbury). Since then, brands have continued to innovate.

We're humbled and proud to share that Epic & @FortniteGame have been awarded a Grand Prix Award in "Digital Craft" at @Cannes_Lions for Astronomical – we are incredibly thankful for this recognition! #CannesLions2021 pic.twitter.com/nYrwbJ5Dq0

Wendy’s, everyone’s favourite cheeky fast-food brand, are always hot on the heels of the latest youth trends and are keen followers of the gaming space. For example, they created a dedicated Mii of their mascot, they’ve made an Animal Crossing avatar and in Fortnite, they made an upcoming in-platform event their own.

When Fortnite introduced a food-fight event between Team Pizza and Team Burger, they took the opportunity to create their own in-game avatar. They went on a mission to destroy frozen beef, cleverly promoting their commitment to using only fresh ingredients in their burgers. This was accompanied by a 9-hour live-stream on Twitch, in which Wendy went ham on burger freezers, clocking up over 250,000 live viewers and bringing top gamers on board by promoting their mission on Twitter.

From the perfect event hi-jack to high-end fashion, Balenciaga has also taken steps into the metaverse. Last year, they decided to create digital outfits, inspired by real-life designs, in Fornite’s virtual boutique. While most of the items could be purchased directly, they also appealed to the gamer grind, by making some items unlockable only, such as their Triple S Sneakers.

Live for just one week, players were able to hang out, try on outfits and add to their inventories. The brand also cleverly linked the metaverse with the real world, releasing the Fortnite range in select Balenciaga stores and their website. Plus, fans who bought the real-life counterparts could also unlock them in Fortnite. They topped it all off with further out-of-home activations, creating 3D billboard experiences in key cities including London, New York, and Tokyo.

Known within the gaming industry as one of the first companies to take the creation of the Metaverse into their own hands, Decentraland is a 3D VR platform that allows users to buy virtual real estate using a cryptocurrency which uses the Ethereum blockchain.

It has had many firsts in terms of lucrative VR events based on prestigious real-world counterparts, including Sotheby’s first metaverse auction and the first Metaverse Fashion Week in 2022.

They made the catwalk globally accessible with a four-day event in which over 60 fashion brands showed their latest lines, including Selfridges, Estée Lauder, Tommy Hilfiger, and Dolce & Gabbana. Viewers were able to buy NFTs from the fashion brands involved, alongside exclusive digital events and VIP meet-and-greets with the designers.

Since launching in 2020, it’s become the virtual home of many major brands including Samsung, Adidas and PWC. In early 2022, Samsung launched Samsung 837x, modelled after its real-life counterpart at 837 Washington Street, New York City.

Samsung have also been busy tweaking their offering to suit user wants and needs, creating more immersive experiences, including the opportunity to build their own adventures, hang out with other in-game characters, and complete missions. Since launch, the Samsung Decentraland store has welcomed over 120,000 customers.

How would you like to get away to your very own tropical island? In 2020, that was a distant dream, when pandemic lockdowns caused the tourism industry to rethink their approach. Around the same time, 38 million people escaped with Animal Crossing New Horizons, the latest title in the much-loved Animal Crossing franchise.

[Announcement] #AnimalCrossing: New Horizons is now available! We hope to see you traveling to new horizons and enjoying your island getaways! 🏝️ pic.twitter.com/9KlEeWi8mm

Sentosa, a premium island resort getaway in Singapore, jumped on the excitement by creating their own virtual Sentosa Island. They invited players to visit and enjoy the resort’s amenities, creating their very own bespoke getaway in a virtual environment, offering a glimpse of what their real-world resort could be like.

They also allowed gamers to take home freebies, purchase official Sentosa merchandise, and participate in parties and yoga classes. With just 36 slots available each day, players could escape for 30 glorious minutes. They even created playlists and tours to get people in the mood!

It’s not just tourism that has set sail for New Horizons. Given this audience are highly likely to have more disposable income, we’ve also seen fashion brands bringing their designs to the game. Animal Crossing’s focus on crafting and creativity means that players can create their own custom designs in game, to use across furniture, decoration and even clothing. Brands such as Marc Jacobs and Valentino have all used this as an opportunity to create virtual pop-ups and digital product drops, using Animal Crossing’s code functionality.

Below a look from the #ValentinoSpringSummer20 Women's collection and the code. pic.twitter.com/gsryHy5Cz3

Selling any turnips❔ We partnered with the Animal Crossing Fashion Archive Instagram to bring some of our favorite #THEMARCJACOBS pieces to #AnimalCrossing pic.twitter.com/pduxRf7cdM

The best part about Animal Crossing is that even Nintendo makes use of it to cross-promote their exclusive franchises. Paying close attention to what their fans love, Nintendo released a free update in February 2021, roughly a year after launch, allowing fans to bring their passion for Mario to their own islands. The drop featured clothes, decorations and exciting new functionality to allow players to take their islands to the next level… and conveniently promote the latest Super Mario game.

How can brands find their feet in the metaverse?

So, what are the takeaways from brands venturing into the metaverse alongside their gaming partners? Whether you’re ready to take the plunge or thinking about dipping a toe into the water, bear these key points in mind.